Tanzanian Case:
The communities originally filed suit in 2010, in a local court in Tanzania, after they were forced from their land and blocked from vital water sources to make way for Thomson’s luxury safari camp near the world-famous Serengeti National Park. The dispute with Thomson began in 2006, when 12,617 acres of ancestral land traditionally used for grazing and farming were sold to the owners of Thomson Safari without their consent. After the sale, the company renamed the land Enashiva and branded it as a luxurious “private nature refuge.” The villagers claim that this luxury comes at a high cost: the dispossession of three Tanzanian Maasai communities, the violent harassment of villagers, and the destruction of their homes and cattle. The villagers claim that they have been subjected to violence and prevented from using their land and the natural resources they need to sustain their cattle, in order to make way for Thomson Safaris’ tours. They also claim that local police beat and arrested villagers for trying to return to the land, and that they did this with Thomson’s full knowledge and cooperation.

Thomson-Wineland Adventures Inc., also known as Thomson Safaris, is a high-end outfitter for safari tourism based in Watertown, Massachusetts. In 2006 Thomson’s affiliate, Tanzania Conservation Ltd. (TCL), acquired 12,617 acres of land known as “Sukenya Farm,” which had traditionally been used by the Maasai communities of Mondorosi, Soitsambu, and Sukenya. Many Maasai lived at Sukenya Farm and used the land and its abundant water sources for the cattle that form the center of their subsistence livelihoods. Thomson renamed the area the “Enashiva Nature Refuge” and made it a destination for luxury tourism. But the Maasai communities consider the area their home and are seeking justice for what they believe to be the illegal deprivation of land and resources that are crucial to their survival.
In addition to EarthRights International, the Maasai villagers are represented in the federal court action by Lauren Carasik of the Western New England University School of Law’s International Human Rights Clinic.
While the case against TCL is proceeding in the Tanzanian courts, Thomson Safaris and its owners, Rick Thomson and Judi Wineland, are located in Massachusetts and are not part of the lawsuit. The villagers believe that Thomson and its owners have crucial information on the circumstances of the land transfer and the companies’ responsibility for the violent abuses they have suffered, much of which would not be available in Tanzania. To bring this evidence to light, EarthRights filed an action under 28 U.S.C. § 1782 in the U.S. federal court in Boston. This law allows participants in a foreign lawsuit to obtain information from individuals or companies in the United States.

EarthRights filed this action to assist the Maasai of Sukenya Farm and to show solidarity for communities suffering from land grabs across Tanzania and other parts of the world. We are also concerned that Thomson is contributing to the problem of “conservation refugees” – a phenomenon where indigenous and traditional communities are displaced and impoverished to make room for conservation areas and tourism. If the evidence produced in this legal action shows that Thomson or its owners knew that the villages had a rightful claim to Sukenya Farm, or that they willingly contributed to violent abuses, then it can help the Maasai to reclaim their land and livelihoods and prevent further harms.

Tanzania Breweries Limited (TBL) acquired 10,000 acres at Sukenya Farm, without the consent of the local communities. The villagers claim that the acquisition was never legalized because TBL did not follow required conditions, such as compensating the landowners, and in any event used only a tiny fraction of the land, leaving the local pastoralists to continue grazing their cattle as they always had done. By continuing to use the land without disturbance for over 19 years, they believe that they had legally become the landowners again.

The villagers sued TCL and TBL, asking a Tanzanian court to revoke the company’s land title, prevent TCL from converting the land’s designated use from pastoralism to tourism, and award damages for the injuries they have suffered due to their exclusion from the land. They claim that TCL, together with local Tanzanian police and government officials, have conspired to illegally confiscate from their land. According to the lawsuit, villagers have seen their homes burned, and they have been beaten, detained, and even shot at for trying to use the land and water at or near Sukenya Farm that they so desperately need. TCL and TBL vehemently deny all the allegations, and Thomson has in fact sued activists for posting information about the abuses on their websites. 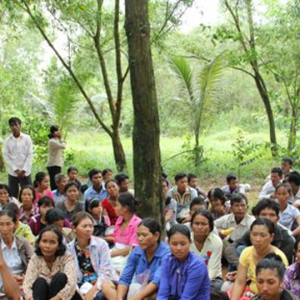 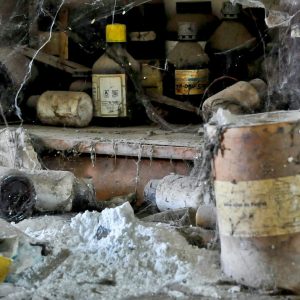