Shooting Peaceful Mine Protesters in Peru

In Peru, police brutality against earth rights defenders is a systemic problem especially in the context of extractive industries. One emblematic example of police repression occurred in November 2011 when protestors convened at the site of the proposed Conga mine project in Cajamarca. The group had convened to nonviolently protest the mine project to be constructed by Minera Yanacocha, a Peruvian company majority-owned and managed by the U.S. company Newmont Mining Corporation.

Police officers contracted by Minera Yanacocha responded to the protestors with violence. The police fired tear gas, rubber bullets, and live ammunition at the protesters. In total, an estimated 24 civilians were injured, including Elmer Eduardo Campos Álvarez, who was shot in the back, lost a kidney and his spleen, and became paralyzed.

During these events, the police were acting pursuant to a contract with Minera Yanacocha for the provision of security services at the site of the Conga concession. The police were in contact and coordination with members of the company’s private security provider, Securitas, and possibly other mining personnel.

After being recognized as an aggrieved party, Mr. Campos pursued a criminal case in Peru against two commanding police officers and against Minera Yanacocha as a third-party defendant. On January 22, 2014, ERI, on behalf of Mr. Campos, brought an application for discovery in the District Court of Colorado. Mr. Campos’s application sought discovery from Newmont two of its corporate affiliates – including photographic and video evidence, reports of Yanacocha security or employees, records of communications with the police, and internal company communications – that shed light on the events of that day, for the benefit of the Peruvian legal proceedings. The action was filed under 28 U.S.C. § 1782, a law which allows parties in foreign legal proceedings to obtain documents and information from individuals or companies in the United States in service of the foreign proceedings.

In March 2015, Mr. Campos’s petition was granted and he received over five hundred documents, photos and videos about the November 2011 protest and Minera Yanacocha’s security operations. In June 2015, ERI took testimony from Newmont’s security chief, Otto Sloane, in a deposition under oath.

The police repression of protesters on November 29, 2011, at the Conga mine concession is currently the subject of at least two legal proceedings in Peru: a criminal investigation against the two commanding police officers, and a civil lawsuit brought by Mr. Campos against the police and other government actors.

The Peruvian government first recognized Mr. Campos as an aggrieved party as a result of the police brutality against peaceful protestors in 2011. After a lengthy criminal investigation, a prosecutor formally charged two commanding officers for Mr. Campos’s injuries in February 2016. Since then, Mr. Campos has also successfully added Minera Yanacocha as a third-party defendant because of its contract with the police during the protest. Trials for the criminal proceeding will commence in 2018.

Elmer Eduardo Campos Álvarez, a resident of the area and father of young children, joined the protest in November 2011 as a means of peacefully defending the environment and the right to water.  On November 29, when the police started firing, Elmer went to the aid of one of his friends and was shot in the back. He lost a kidney and his spleen, and suffered a spinal cord injury which paralyzed him from the waist down.

Newmont Mining Corporation is a Colorado-based global mining corporation that operates some of the largest gold mines in the world. Its subsidiary Newmont Peru SRL is the manager of Minera Yanacocha and its other subsidiary, Newmont USA Limited, oversees security operations for Minera Yanacocha.

Deutsche Welle | All that glitters is not gold: Indigenous communities in Peru protest mining | June 14, 2016

U.S. Federal Court Action Requests Information from Newmont Regarding Repression of Protests at its Conga Mine Project | January 24, 2014 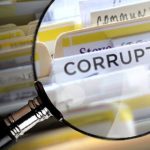 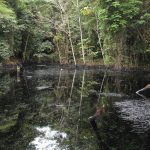