An indigenous Karen boy screamed and it echoed through the teak wood house. A group of EarthRights School Mekong students and staff hailing from Cambodia, Vietnam, Thailand, Italy, the United States, and Myanmar, surrounded by local Karen villagers–young, old, and in between–sat in shock as they all realized they lost the multi-colored card game to a five-year-old.

We were in Sob Moei, a village along the Salween river in Thailand, just miles from the border with Myanmar (Burma). A few houses down the dirt road, a group of older men sipped rice whiskey and snacked on grilled lizard. A few houses in the other direction, two students talked with their Karen host-mother as her cats slept at their feet.

I joined the 12 students from the 2016 class of the EarthRights School Mekong, along with staff, as we spent four days on a trip along the Salween River. We lived in homestays, talked to locals, hiked through the jungle, and learned the ways that dams planned along the Salween river will impact this community. It took a four-hour van ride, an hour truck ride, and an hour boat ride to get to the village. I also joined the school on a four-day trip to the Thai/Laos border in Chiang Khong, as we learned about the impacts of special economic zones, banana plantations, and the impacts of the existing dams along the Mekong River. On both of these trips, the power of listening and laughter was profound. 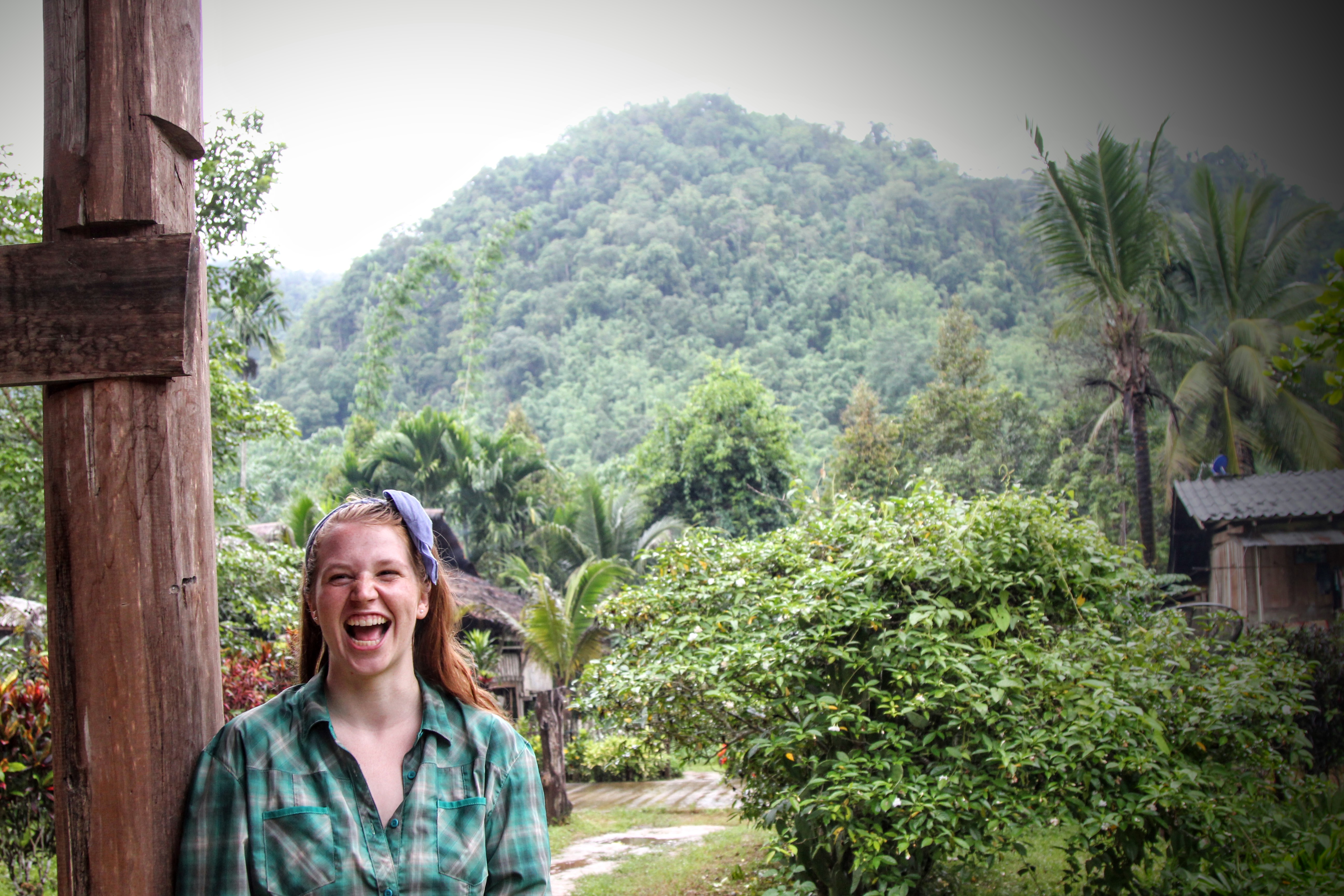 As we listened through translators to stories, triumphs, challenges, and ideas of people from all different cultures, communities, and religions, the students and myself were all quickly blown away by the resilience of the communities and activists. Despite their distance from another town, their statelessness, their position as an indigenous group, their economic status, and their seeming lack  of power compared to the government and massive companies, there was nothing that stopped them. The students listened to the villagers, activists, leaders, and teachers talk about various campaigns they implemented, research they conducted, and agricultural tactics they used, in order to gain more footing in the political paradigm of the Salween River, the Mekong River, and special economic zones in these regions.

The students also listened in the jungle outside of Sob Moi Village as the locals explained their rotational farming tactics and showed their various fishing strategies, collecting their own small crabs and making bundles of bamboo shoots that were enjoyed at dinner that evening. In Chiang Khong, the students learned about harvesting bee eggs, collecting mushrooms, and finding edible flowers in the community forest. These experiences imparted the great lesson that the forest can be an expansive market–provided you you know what to look for. Through the power of active listening as we hiked through the forest or sat with the Salween and Mekong as our backdrops, we were offered words and knowledge, words that are not often heard by the masses and knowledge that isn’t seen as valid. As we all listened to these words, they gained momentum, and carried beyond the ripples of the rivers into the cities and beyond.

In Sob Moi Village, after many discussions and long hikes, laughter echoed over the current of the Salween as a large gecko fell from the ceiling and nearly landed on a student (which the host mother took care of using a combination of her weaving loom and a good swing). Giggles soared through the trees as we slipped and slid down mountains and covering ourselves in mud–sometimes by just walking around the village. Katie Redford, our co-director, shed tears of laughter as our director Ka Hsaw Wa translated a Karen love song in real-time in front of the entire village, severely embarrassing his children and sparking chuckles in every villager. 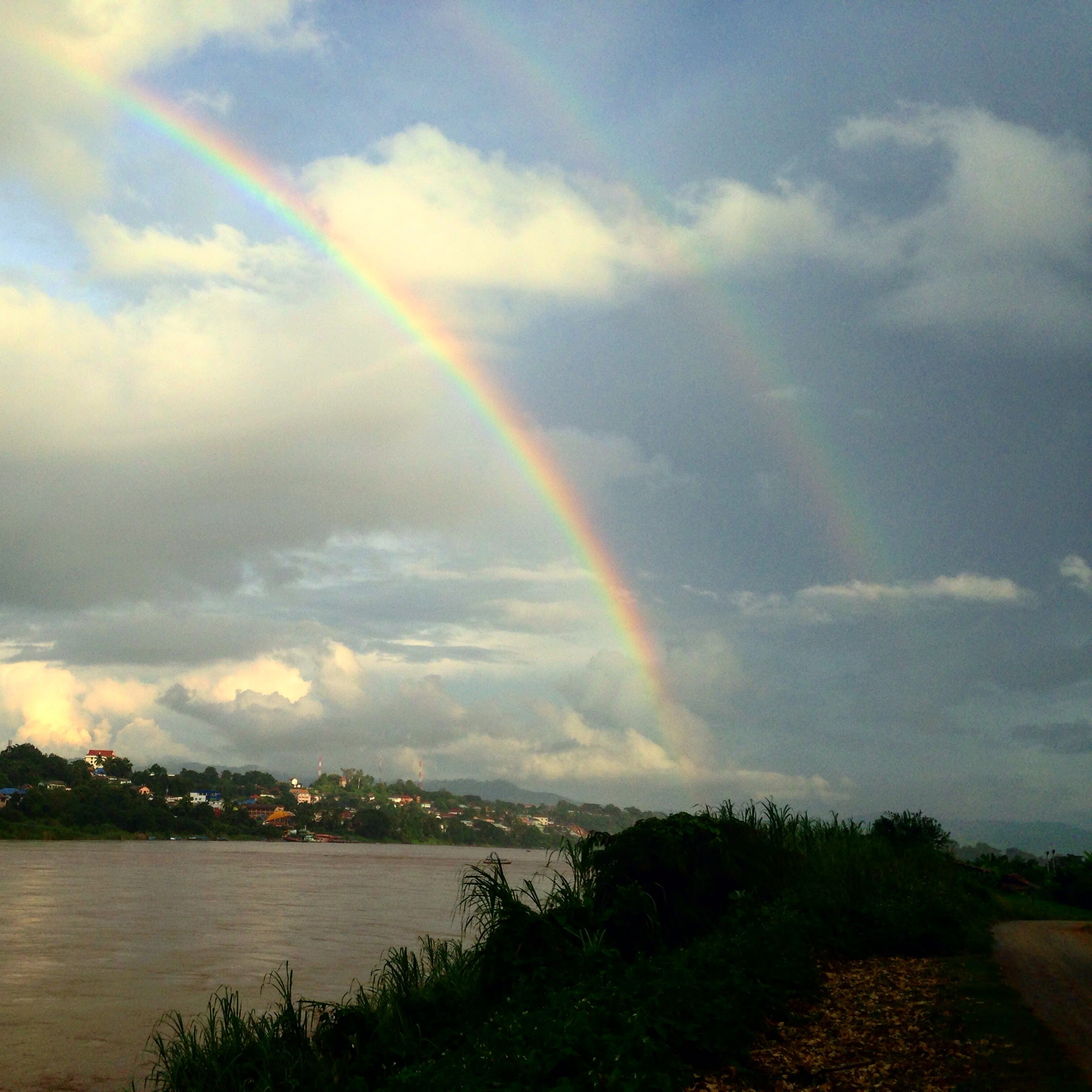 This universal language, laughter, shattered any chance that culture clash, language barriers, and shyness had at creating a divide. Instead, laughter fueled friendships, happiness, and unity between the students, staff, villagers, activists, and local children. No matter what language they spoke, what country they came from, and what role they play in society, laughter facilitated the creation of unity and joy.

From slipping down the mountains towering over the free-flowing Salween, to singing John Lennon’s words over the dammed Mekong, to laughing endlessly together despite having no words we could commonly exchange, and to listening to people from all walks of life, I not only witnessed but was a part of the happiness, joy, and unity that arose as a result of listening and laughing on the Salween and Chiang Khong field trips with the EarthRights School Mekong.

The blog post was written by Cassidy Rappaport, an EarthRights International management fellow at our Thailand office. Cassidy is a recent graduate of Hampshire College. 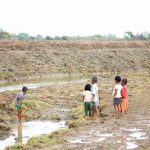 Even as Myanmar (Burma) Sanctions Are Lifted, Transparency Rules Must Be Kept 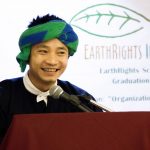 A Time for Change and Growth in Myanmar