It was clear during this months United Nations Framework Convention on Climate Change in Lima (COP20), that all over the world, women have a lot to say about the effects of climate change. To make sure women’s voices are heard and celebrated, we were honoured to co-sponsor a reception with incredible spokeswomen of climate justice and the protection of our environment, including leaders of indigenous communities, Mary Robinson, former President of Ireland and United Nations High Commissioner for Human Rights, and Bianca Jagger, Chair of the Bianca Jagger Human Rights Foundation and Member of the Executive Director’s Leadership Council of Amnesty International USA.

While a draft accord was being negotiated at COP20, Indigenous women talked about being at the forefront of protecting their territories and forests. This panel of indigenous women included Cecilia Brito Vasquez, who is an EarthRights International Amazon School for Human Rights and the Environment 2005 graduate. Cecilia, together with a group of Shipibo-Konibo women – mostly grandmothers – set up their own organisation to promote climate change adaptation strategies and indigenous traditional knowledge as a way to defend their forests from encroaching extractive industries.

The reception was organised by Global Greengrants Fund, the International Network of Women’s Funds, and the Women’s Earth & Climate Action Network and Co-sponsored by Edge Funders Alliance, Climate and Energy Funders Group, Alliance of Funds, and International Funders for Indigenous Peoples.

Today, a week after our delightful reception, we hear more good news to celebrate women who protect the environment with passion and persistence. Maxima Acuña, a campesina woman from Cajamarca who refused to leave her lands to give way for Newmont ´s Conga gold project, has been absolved of all charges brought against her including the charge of usurping land the company claimed as their own though owned by Acuña´s family. 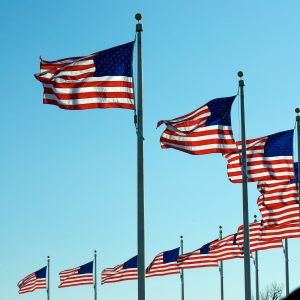 Corporations Hiding Behind the Constitution to Keep Secrets 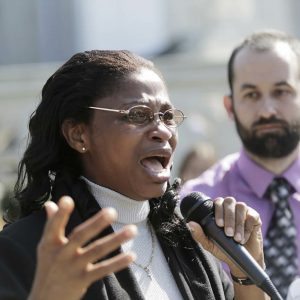