Home / Blog / Women and Nature are Inheriting the Burdens of Men

For the third year in a row, the United Nations has designated June 19th as “International Day for the Elimination of Sexual Violence in Conflict.” Rape has long been used as a weapon in conflict, power struggles, and war. Like bayonets and machine guns, sexual violence is another means to debilitate the opposition. History tells us that there is something about government-sanctioned violence that spawns an added level danger for women. Rape has been a staple of military violence in many parts of the world. Adding on the male-dominated political systems that go into the logistics of war, and boys being indoctrinated into a glamorized version of combat from a young age, it is no surprise that the latest data shows that only 7 percent of U.S. generals and admirals are women. Although men are the vast majority who engage in combat (either officially or unofficially), female civilians are killed at higher rates than male civilians. A former commander of UN peacekeeping troops has said, “It has probably become more dangerous to be a woman than a soldier in armed conflict.”

In U.S. canon, one of the most well known incidents of extreme violence against civilians and gang rape is the My Lai Massacre on March 16, 1968. My Lai village in the Quang Ngai province in Vietnam was rumored to be a stronghold for the communist National Liberation Front. Army advisors urged the Charlie Company that anyone found in the area were Viet Cong sympathizers, and that they should destroy the village. Once entering though, they found no enemy soldiers, but instead, women, children, and older men – all unarmed. Nonetheless, the soldiers carried on.

By the end of the day, American forces had killed 347 to 504  Vietnamese women (many pregnant), children, infants, and old men, and raped around 60 women and girls. The U.S. government managed to cover up the tragedy for a year, until a soldier came forward. Although hundreds of men participated, only 14 men were charged.

What happens if rape and murder aren’t part of a national conflict, but of a corporation’s means of production? Barrick Gold is the world’s largest industrial coal mining company. Based in Canada, Barrick is responsible for at least 75 percent of the world’s gold production, and rakes in hundreds of millions of dollars each quarter. Barrick owns 95 percent of the Porgera Gold Mine in Papua New Guinea, and has a private security force of roughly 500 guards overseeing the mine. Porgera also employs local police officers to assist with the protection of the mine.

For over 20 years, Barrick’s security forces made life for the surrounding villagers, particularly women and girls, a living hell. Society’s response to a raped woman is often harsher than the response to the rapist himself. One survivor was a student in fifth grade when she was raped by an officer after accepting a ride home.

“I was good at school, and I enjoyed it. I could have really made something of myself if I had been able to stay in school. After I was raped, everyone knew and my classmates were always talking about me. It was too difficult to deal with, so I dropped out. I tried to go back last year, but the kids said such bad things about me. I was so ashamed that I stopped going.”

EarthRights International has represented dozens of the sexual assault survivors. Barrick offered a dollar amount to compensate the women for their trauma, on the condition to not take the case to trial. When some women rejected this, ERI moved forward with plans to file a lawsuit against the company. In April 2015, Barrick Gold Corporation and ERI reached a negotiated settlement and jointly released this statement.

The combined net worth of Barrick officials equals to almost a trillion dollars. We have to ask the question: who is responsible when these kinds of traumatic events happen? Is every Barrick Gold director, manager, employee, investor, board member, shareholder, and client complicit in rape and murder of thousands?

Barrick Gold is also poisoning the Porgera River with six tons of toxic waste each year. The river is the central source of water for the villages surrounding the Valley del Huasco. Researchers have also found that all of the major rivers near the mine are unsafe for drinking due to the heavy metal concentrations.

Seeing these kinds of atrocious violations of the lives of women and our natural surroundings side by side are not uncommon when dealing with extractive industries.

The destruction of the environment has long been connected to the destruction and oppression of women. This is even the basis of ecofeminism, which states that the patriarchy is the origin of both natural and gender domination. The earth is often personified as a woman in many cultures, i.e. “mother earth”, and “mother nature”. Just as the earth is abundant with natural resources that are alien to the biology of humans, women have their own natural resources unique to their sex. History is marred by men oppressing women by taking their freedom, their personhood, their children. Crimes that are not too different from what has been committed against the environment.

The footprint of the patriarchy is everywhere. In the melting ice caps, the increasingly barren rainforest, and in the case of Barrick Gold, the Porgero River and the women of the valley.

This blog was written by Olivia Smith, a Communications Intern in ERI's Washington, D.C. office. She attends Bard College. 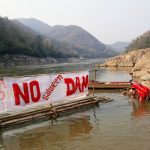 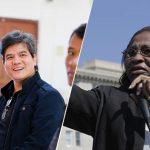