Will Vietnam Pull Out of Mekong Dam Projects?

Will Vietnam Pull Out of Mekong Dam Projects?

Earlier this month I blogged about the Strategic Environmental Assessment report, which recommended a 10 year moratorium on dam construction on the mainstream of the Mekong River. At the time, I noted that this recommendation contradicted positions stated by the governments of Laos and Cambodia, the two countries likely to see the greatest direct financial benefits from proposed dams.

Now, according to the Thanh Nien Daily, Vietnamese lawmakers are beginning to voice their opposition to the dams and support for the moratorium, calling on their government to host a public hearing on the dams and, they hope, drop support for the dams altogether. The article also provides some succinct background on the political and economic context surrounding these projects. ERI’s Mekong Legal Advocacy Institute has already been exploring options for legal advocacy surrounding these projects, but it is also important to take this political context into account when exploring cross-border legal strategies. 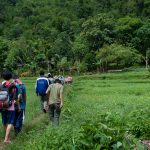