Home > Blog > Will SEC choose to combat corruption or deliver another handout to Big Oil?

As the SEC looks to finalize anti-corruption rules, will it course correct and reassert U.S. leadership in extractive transparency?

With the Chair of the Securities and Exchange Commission (SEC) Jay Clayton set to leave at the end of the year, the agency is engaged in a flurry of regulatory activity and is expected to finalize regulations for implementing Section 1504 of the Dodd-Frank Act, the landmark Cardin-Lugar provision meant to combat corruption in the oil, gas and mining sector. While the Chair has repeatedly voiced his commitment to fighting corruption, the agency’s proposed rule in March was nearly universally condemned as a handout to Big Oil, incapable of producing the transparency and anti-corruption benefits Congress intended and legally indefensible. The question now is whether the SEC will course-correct and reassert U.S. leadership in the fight against corruption, or whether it will side with the small handful of industry actors intent on keeping their deals with governments shrouded in secrecy.

The Trump administration is rushing to put out a record number of “midnight regulations,” last-minute rules to bind the hands of the next president, which overwhelmingly favor corporate interests. So far, the oil industry has been one of the biggest winners, and anti-corruption watchdogs have their sights on the SEC to see whether it follows the same path.

From leader to laggard

Enacted in 2010, the law that requires the SEC to draft disclosure regulations governing extractive companies’ payments to governments, was intended to shine a light on a notoriously opaque and corrupt industry and give investors and the public information to better evaluate risk and ensure the responsible management of natural resource wealth. An exceptionally diverse group of stakeholders support this bipartisan measure, including investors, citizens of resource-rich countries, extractive companies, U.S. national security and foreign policy experts, anti-corruption experts, economists, and many others.

The history is complex, but the initial transparency rule crafted by the SEC in 2012 was groundbreaking, catalyzing global progress in the fight against corruption. Other nations followed our lead, and today, more than 30 countries in Europe and Canada have mandatory payment disclosure rules in place. Each of these countries has virtually identical rules across the key elements: that disclosure is entirely public, made at the project (meaning the contract or lease) level, and applies to all payments of approximately USD$100,000 or more. In addition to reporting in these jurisdictions, the Extractive Industries Transparency Initiative (EITI), currently implemented by more than 50 countries, uses the same disclosure standard. For more than four years, hundreds of oil, gas, and mining companies listed in other countries have publicly reported their payments to governments at the project-level in every country in which they operate. This includes significant state-owned companies, which means Russian and Chinese state-owned corporations are currently far more transparent than U.S. majors like Chevron and Exxon.

As the International Monetary Fund recently recognized, the transparency standard in these jurisdictions and the EITI has become the international norm. The industry standard is now full project-level payment transparency, and most companies are on board. Only a handful of U.S. corporations continue to oppose any meaningful transparency, most notably, ExxonMobil and Chevron and the lobbying groups that do their dirty work, the American Petroleum Institute (API), in particular.

Although the SEC put out strong regulations in 2016, that rule became the first victim of the Trump administration’s aggressive deregulatory agenda. Using the Congressional Review Act (CRA), a little known law that sets up a procedure for Congress to “disapprove” regulations, the rule was sent back to the SEC for a third round of rulemaking.

The CRA states that a new regulation cannot be “substantially the same” as one that was disapproved. What this means has been a major question for the SEC during this rulemaking. Critically, however, the CRA does not amend or repeal Section 1504, the original statutory directive that compels the SEC to issue pro-disclosure regulations that further the international transparency standard. In its March proposed rule, the SEC took the position that it must weaken essentially every feature of the rule and align nearly perfectly with API’s position.

Significantly, every commenter that addressed the legal issues around the CRA during the public comment period argued that the SEC’s approach was overly broad and legally flawed (see for example here and here). Our submission explained why the final rule will be vulnerable to legal challenge if the SEC does not strengthen it and outlined a better path that would enable SEC to put out a sufficiently different rule that still aligns with other markets and satisfies Section 1504.

The overwhelming majority of commenters opposed key features of the proposed rule that would be at odds with the international standard, calling for the SEC to ensure the final rule is consistent with other markets and the EITI. This included investors and citizens of resource-rich countries who explained the disclosures would be useless to them as currently proposed; anti-corruption experts who explained the proposed rule would fail to either deter or expose corruption; and numerous extractive companies already reporting under regulations in other markets, who refuted many of the SEC’s assumptions about the costs of reporting.

In contrast, only the API and a small handful of companies voiced support for the rule as proposed. Despite the U.S. role in setting the global standard, these companies and their political allies have fought tooth and nail to prevent greater transparency. As industry practice and international consensus only continue to solidify around the proper international transparency standard, the U.S. failure to align with the global community leaves us even more isolated, lagging far behind in the fight against corruption.

The proposed rule had a number of critical flaws, but one worth noting is the complete failure to account for the expressed interests of investors. For more than a decade, investors have consistently and repeatedly called for the SEC to implement these regulations in a way that will give them the most useful information and align most closely with the regulations in other markets. These are not only “socially responsible investors,” but also some of the largest mainstream investors, with trillions of dollars in assets under management. Despite its investor protection mission, the proposed rule, in this case, went directly against the expressed interests of investors and dismissed their stated interests in the disclosures with a single cursory sentence, siding instead with a minority of industry voices.

This disregard for investors does not appear to be limited to this rule. In a dissenting statement earlier this year, SEC Commissioner Allison Lee outlined a broader trend, stating her “growing concern that [the SEC] may not give adequate consideration to the views of investors,” and noting “[t]here have been a number of releases over the past several months where, as here, there was a clear division of views between investors and other commenters” and “in each case, [the SEC] disfavored or even disregarded investor views.” She cautioned that “there must be a limit to the number of times we can credibly assert to investors that we act in their best interests by making policy choices they directly oppose.”

The SEC still has the opportunity to change course with this rule, to reflect investors’ unanimous support for strong rules aligned with other markets, and to bring the U.S. in line with the rest of the global community in the fight against corruption. We’ll be watching, and we’ll be ready to take whatever action is necessary to ensure Section 1504 is implemented in the manner Congress intended. 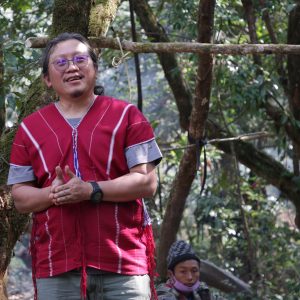 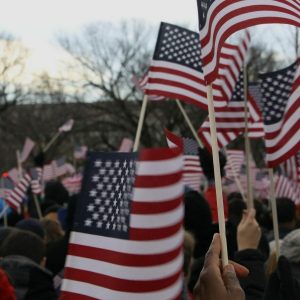