The people in the room at the Foreign Correspondents’ Club of Thailand (FCCT) know at least part of the story. Some know the Union Carbide chemical disaster in Bhopal, India, or the forced evictions by sugar companies in Koh Kong, Cambodia. But they may not know the Hatgyi dam on the Salween River in Myanmar, now under development in an active conflict zone, or the legal case recently brought by Cambodian villagers against the largest sugar and bio-energy corporation in Asia.

When corporations in Asia commit human rights abuses, it’s often hard to get the full story and to see how they are not just isolated incidents but part of a broader pattern that privileges unchecked corporate power over local communities. It’s hard for journalists, and those who are impacted, to ensure that these stories get the media coverage they deserve – the media coverage that can amplify their stories, put them in front of the eyes of law makers, create pressure, and make a change.

An event at the FCCT this month helped to tell the broader story of these cases and others in a new working paper released by the Asian Forum for Human Rights and Development (FORUM-ASIA), “Business and Human Rights – Learnings from Asia.” A panel at the event, organized by ERI, Community Resource Centre Foundation (CRC) and the ETO Watch Coalition*, showed how communities impacted by Thailand’s investments in other countries are asserting their rights in the face of growing corporate power.

The panelists at the FCCT – Tuenjai Deetes, Commissioner of the National Human Rights Commission of Thailand (NHRCT), and Sor Rattanamanee Polkla, Executive Coordinator of CRC – focused on Thai corporate accountability as a vital pressure point for protecting local communities’ rights in Asia. An exhibition of photos during the event illustrated the cases discussed – click here to view photos from the exhibition. 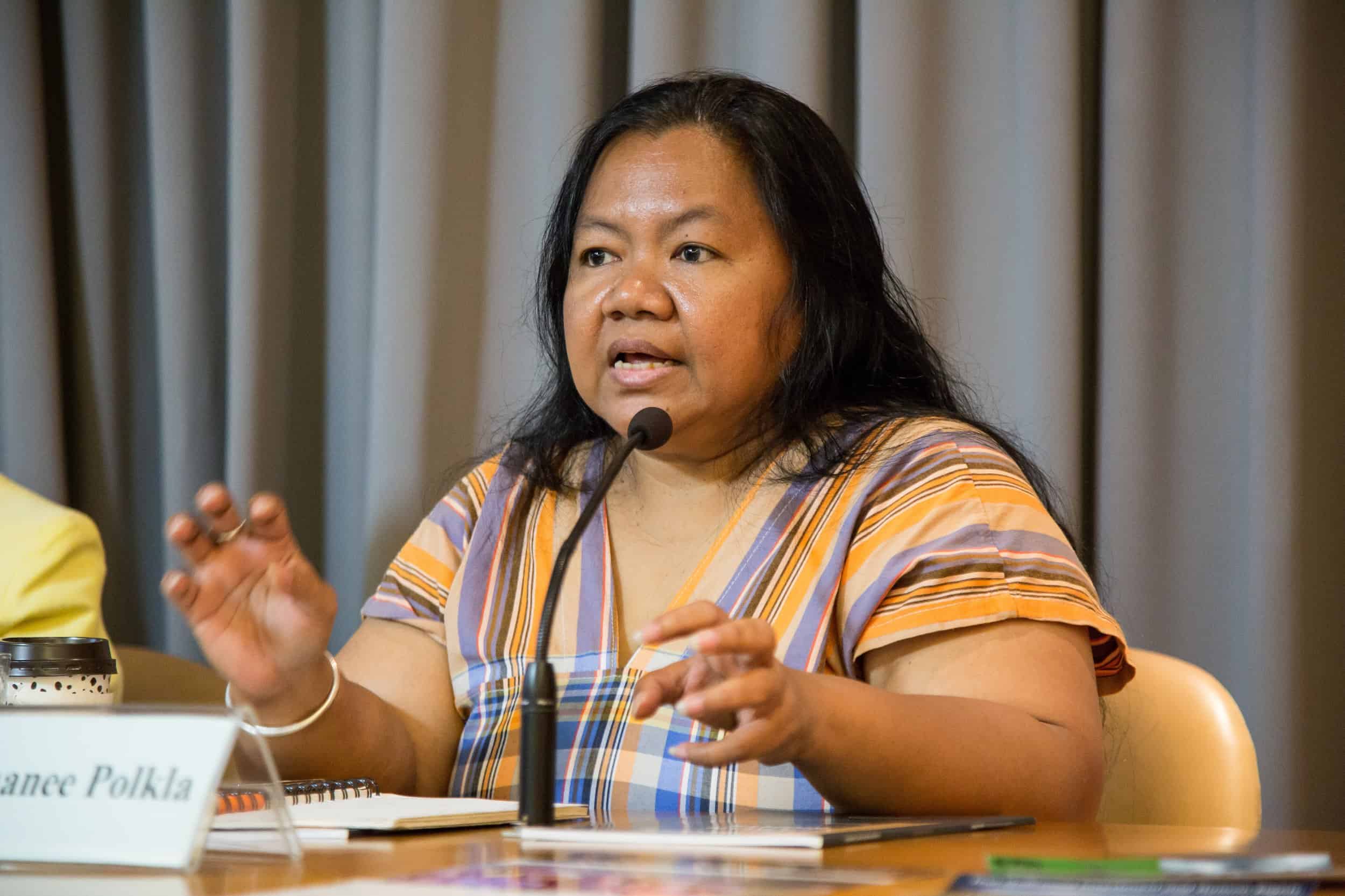 “The fact finding and investigations of the NHRCT are the only processes so far that have prompted policy change regarding extraterritorial obligations of Thai investors in ASEAN,” said Sor Rattanamanee. “We have a Thai Cabinet resolution based on the Dawei and Oddar Meanchey sugar cases, but the implementation of the resolution is not in place yet.”

For now, the recommendations of the NHRCT are non-binding and focus only on remedies. The communities who filed complaints with the NHRCT are only seeking justice for rights abuses that have already been committed. While just remedies are important, in order to prevent Thai companies from committing abuses abroad, the Thai government must implement binding regulations for Thai investment projects in other countries and then enforce them.

The FCCT event was a part of Bangkok Business and Human Rights week, supported by the UNDP and others, which highlighted current corporate accountability initiatives such as the Human Rights Due Diligence Checklist for Thai companies. The checklist was drafted by consultant group Sal Forest for the Stock Exchange of Thailand (SET). If adopted, it would dictate human rights standards and practices for Thai business traded on the SET. 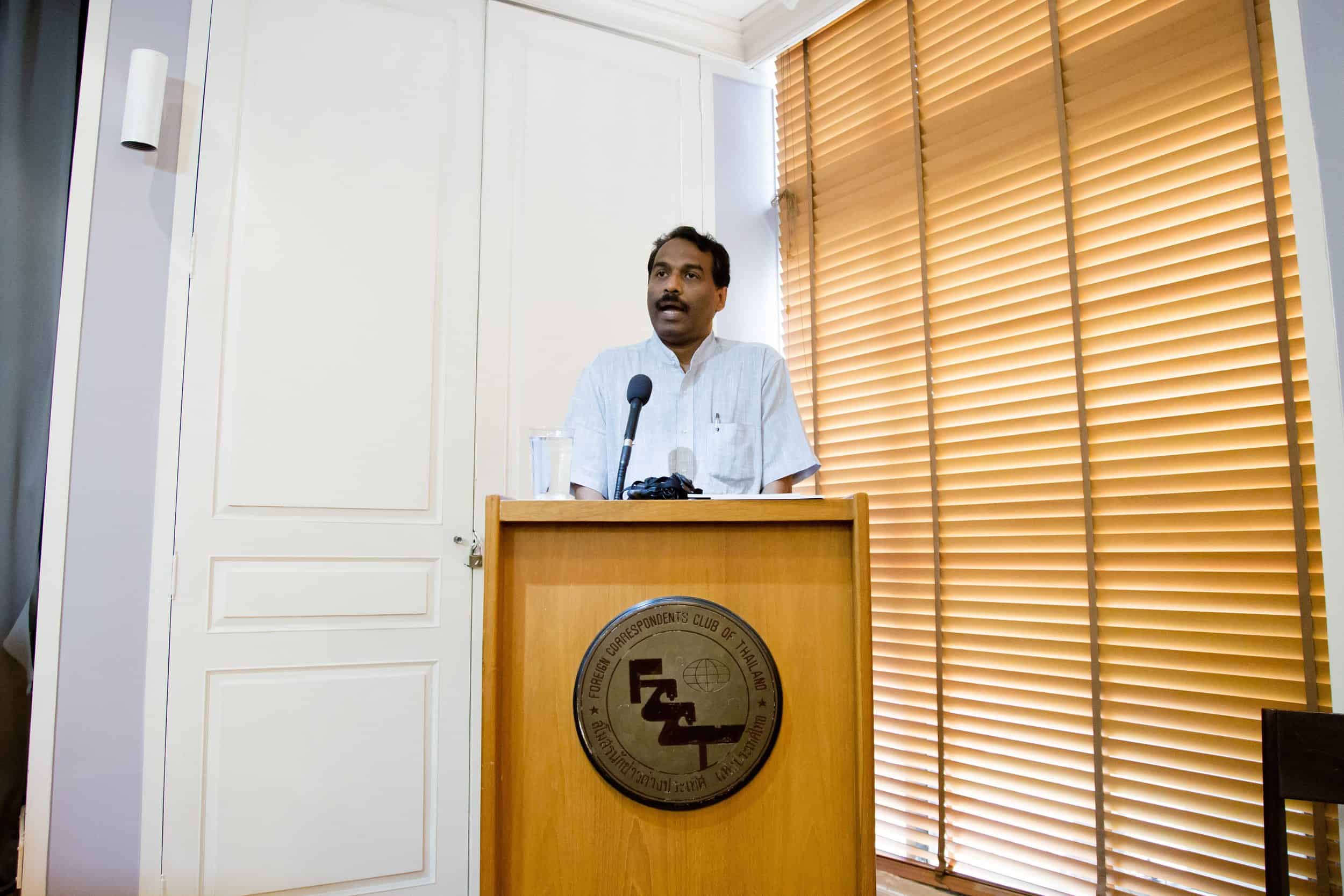 John Samuel, Executive Director of FORUM-ASIA, opens the discussion of corporate accountability in Asia at the FCCT on June 1.

The new working paper from FORUM-ASIA connects community-driven campaigns to hold Thai investors accountable with other calls for corporate accountability across Asia, presenting cases studies of local movements to stop rights abuses in Mongolia and India.

In Mongolia, the government has issued over 11,000 licenses to the mining industry, opening 8 percent of the country’s land to extractive projects. As this explosion of mining activity has led to widespread pollution of water sources and vital pasture land, the Centre for Human Rights and Development in Mongolia has brought 22 community-driven legal cases to address mining impacts.

As far as the movement to hold Thai investors accountable, the NHRCT investigations have offered a chance for some community members to be heard, according to Commissioner Tuenjai Deetes.

“When the NHRCT conducts an investigation, we have to be careful and sensitive to all the needs of the communities,” said NHRCT Commissioner Tuenjai Deetes at the FCCT panel. “We discuss in length with relevant communities whose rights to natural resources are being violated by the project investor.”

But in each case of rights abuses associated with a Thai investment, the Thai financial backing is only one angle of the project. The movement to stop Thai investors from committing these abuses is vital, but it’s just one tactic in a broader movement to ensure local communities can assert their rights to influence or refuse development projects. It’s just one strategy – one piece of the puzzle –  for putting power back in the hands of local communities across Asia. 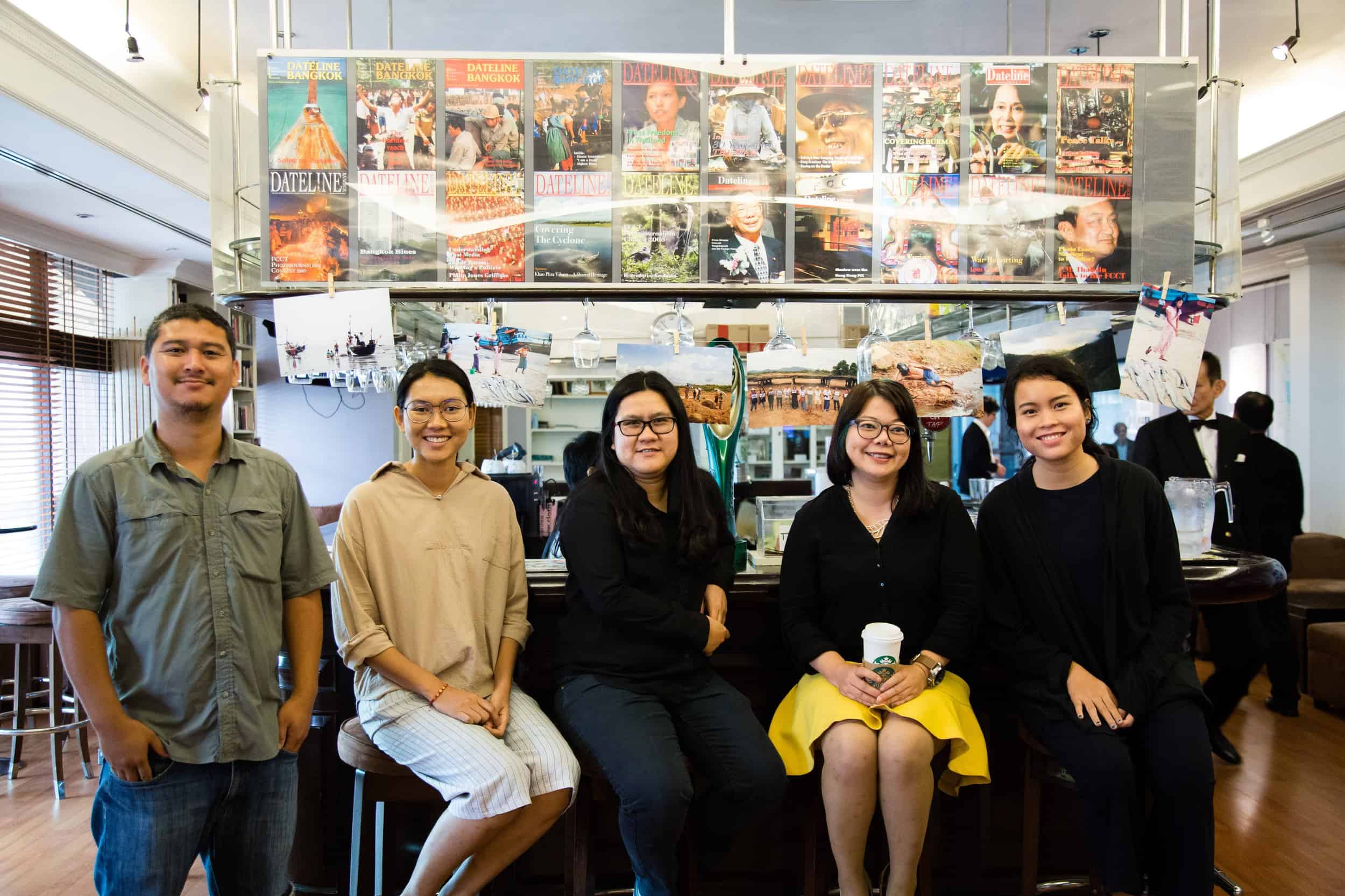 The ERI team at the FCCT on June 1.