More than sixty people are dead and hundreds more missing after a dam burst ten days ago at a Brazilian iron mine in the state of Minas Gerais. The horrifying event in Brumahdinho reminds us again why effective government oversight of industries like mining is so urgently needed. Left to their own devices, corporations will often not do the right thing, particularly when it comes to protecting human rights and the environment. Effective government oversight and sanctions are essential, as are effective remedies for people whose rights have been violated. There is a growing recognition that the corporate deregulation pendulum has swung too far; it needs to be swung back towards accountability. This includes establishing global criminal liability for companies that violate human rights such as Brazilian mining company Vale appears to have done at Brumahdinho.

This disaster happened like many corporate human rights abuses do – because companies are trying to get away with things they know – or should know — are wrong. In Vale’s case they were operating a tailings dam that their own internal study said was at risk for catastrophic and lethal failure. Especially after the 2015 disaster at Samarco, Vale should have redoubled its efforts to ensure that no disasters took place, including if necessary suspending operations at its mines in Minas Gerais. For its part the Brazilian government should never have permitted the mine at Brumahdinho given the risks of the type of tailings storage it employed. The government is rife with corruption and not inclined to push back on a powerful and politically connected Brazilian company like Vale. This is a situation that is unlikely to change any time soon, given that new Brazilian president Jair Bolsonaro seems hell-bent on destroying the Amazon and stripping out what environmental protections do exist. Part of Bolsonaro’s electoral popularity came from his business-friendly promise of shrinking state influence, including by dismantling environmental agencies. He even floated the idea of closing down the Environmental Ministry.

These problems are not unique to Brazil, unfortunately. Big dams and mining projects are a particular magnet for corporate malfeasance, given their massive size, astronomical constructions costs, huge number of contractors and subcontractors and intimate relations required with government regulators. Recent dam projects in Laos and Ecuador are evidence of the shoddy construction and safety issues that occur when regulators are captured by corporate interests.  As in Brazil, the collapse of the Xe Nam Noy dam in Laos became a humanitarian disaster with 26 people killed and 7000 displaced.   In poor countries like Laos, the failure of these kinds of badly-designed “development” projects puts even further strain on already limited resources for humanitarian emergencies. This situation is likely to grow worse as the impacts of climate change intensify.

To fight back against the corruption and corporate irresponsibility that got us to Brumahdinho, it is essential to have effective mechanisms that allow for the prosecution and sanction of corporations. If these cannot occur effectively in the countries where the violations take place, other countries must open their legal systems to allow legal claims to be brought. For many years, EarthRights International has sought to bring such cases to U.S. courts via the Alien Torts Statute. Recent U.S. Supreme Court rulings have — wrongly, in our view – sought to significantly narrow the scope of cases that can be brought. Nevertheless, we will continue to bring these cases using other legal means, as we are currently doing in a case against Chiquita for financing paramilitary death squads for security services around its banana plantations in Colombia. That case is set to go to trial later this year.

Countries like the U.S. and Brazil must also establish legal frameworks for prosecuting corporations for human rights violations. The U.S. has the Foreign Corrupt Practices Act, which has served as an effective anti-corruption deterrent. It should adopt a similar legal framework for holding corporations criminally liable for human rights abuses – such as the disaster at Brumahdinho.

Sadly, it is virtually inevitable that a disaster like this will happen again in the near future. In a recent study, mining experts Dave Chambers and Lindsay Newland Boker estimated 11”very serious” tailings dam failures between 2011 and 2020; six have already happened. Urgent action is needed to fix potentially problematic dams before they explode and for the mining industry to adopt uniform global standards on mine design and safety. That could mean suspending or closing mining operations permanently. Action is also needed to ensure that when – not if — this happens again those responsible will be held accountable and the victims provided adequate redress. 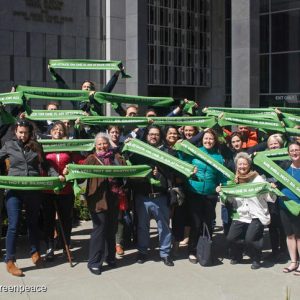 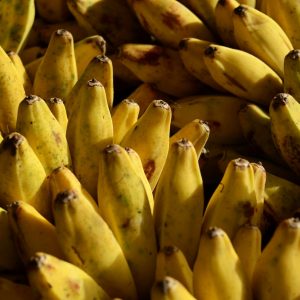