Home   »   Blog   »   What Matters to Multi-ethnic Refugee Communities on the Salween River? Land, Rights, and Dams.

What Matters to Multi-ethnic Refugee Communities on the Salween River? Land, Rights, and Dams.

Hom* is a student at the EarthRights School, studying human and environmental rights, campaigning, community organizing and legal advocacy. This is the first of two student reflections we will be publishing from a recent EarthRights School field visit to the Salween River.

Last month, the EarthRights International family had a trip to the Salween River especially to the Mae Sam Leap and Tha Ta Fang village, Mae Hong Son Province, Thailand. The purpose of our trip was to learn from the communities organizing on the Salween Dam issues from Tha Ta Fang and Mae Sam Leap villages. Both villages will potentially see impacts from the Hatgyi hydropower dam which will be built on the Salween River in Myanmar near the Thai border.

The Salween River is an international river and many minority indigenous groups are spending their lives along the river for many generations. The Salween River comes from Tibet, then crosses Yunan Province in China and flows through Myanmar across four states: Shan, Kareni, Karen and Mon State. It then enters Thailand and the end is flowing to the Andaman Sea. The Salween is known as Nujiang (Angry River) in China, Than Lwin in Myanmar and Salween in Thailand. The Salween is rich with many natural resources and supports the livelihoods of millions people who stay along there, and the river is rapid too. It is free-flowing for a long time to until now. 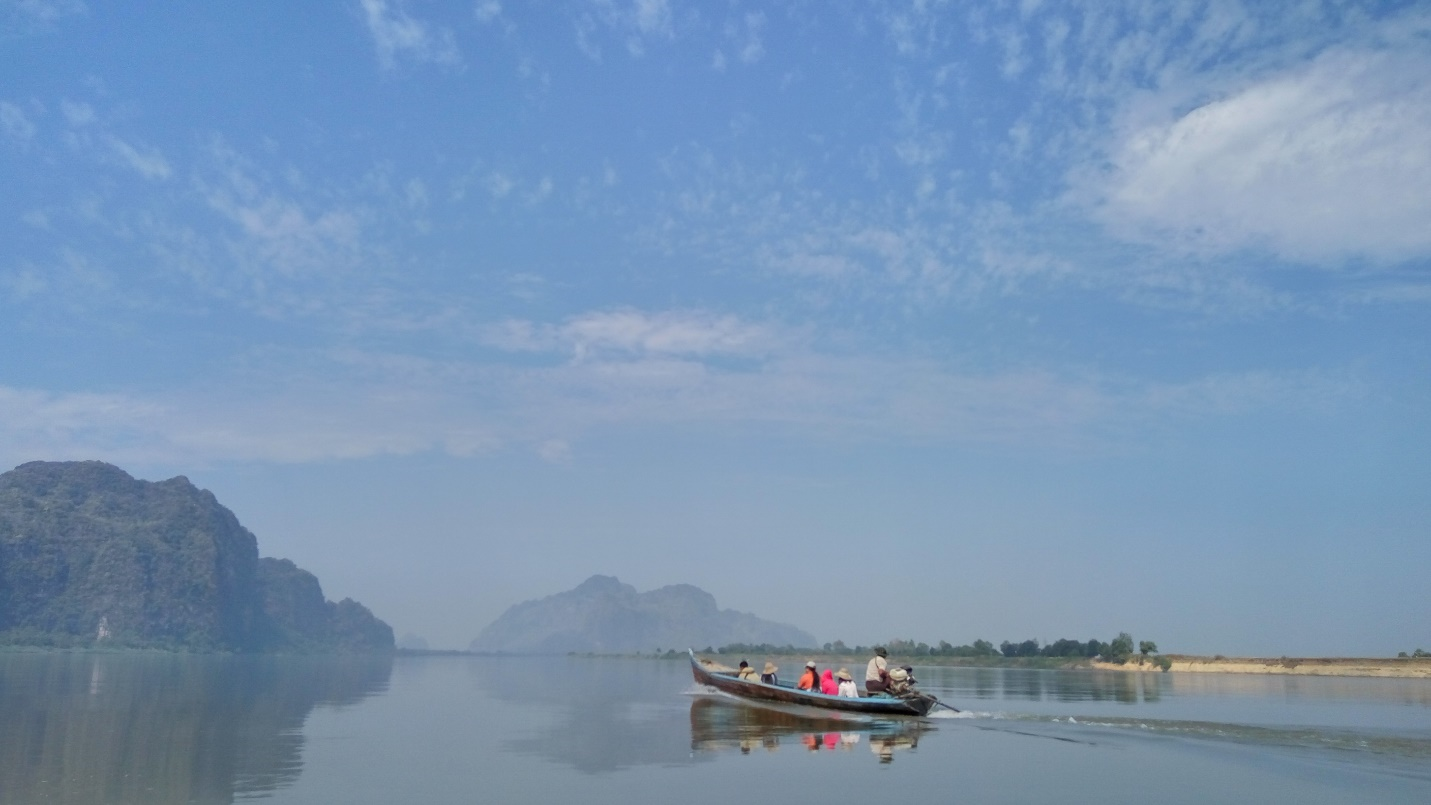 Following our trip, I would like to share what I have learned from the two village about the Salween dam issues and the citizenship. We explored community organizing in the Mae Sam Leap and Tha Ta Fang villages. People in both villages rely on the river for their survival.*

They are migrant people from the Myanmar side because of the war happening and then some of the people are from Thailand. There are three ethnicities: Karen, Shan, Muslim and they live together. The majority of the population is Karen ethnic people. They are all Christian, Muslim, Buddhist or Spiritual. There is a representative of each group – Karen, Shan and Muslim – when they have meetings in the villages. They are working together and always hold meetings with three representatives before they conduct meeting with the whole communities. They make decisions together, listen to each other and give respect to the others. They have the same equality in every case, not only for the men but also for the women because they just listen to the issue and real conditions. The main leaders who control all the cases in the Mae Sam Leap village are Muslim men.

The main livelihoods of men in Mae Sam Leap village are fishing, working on boats and daily labor outside the village. They also have the small local shop at the village and it is mostly run by women. They don’t have any farmland for agriculture and just have the neighboring National Park only. But they have the river bank to grow the crops for their own family. So their lives rely on the water for their income.

In Tha Ta Fang village, they had different sorts of work from the first village. We had to take the boat from Mae Sam Leap to reach Tha Ta Fang village in around a half-hour. They had two kinds of transportation to arrive in the Tha Ta Fang village: traveling along the river by boat to see the view of the Salween River and taking the truck to know the forest. 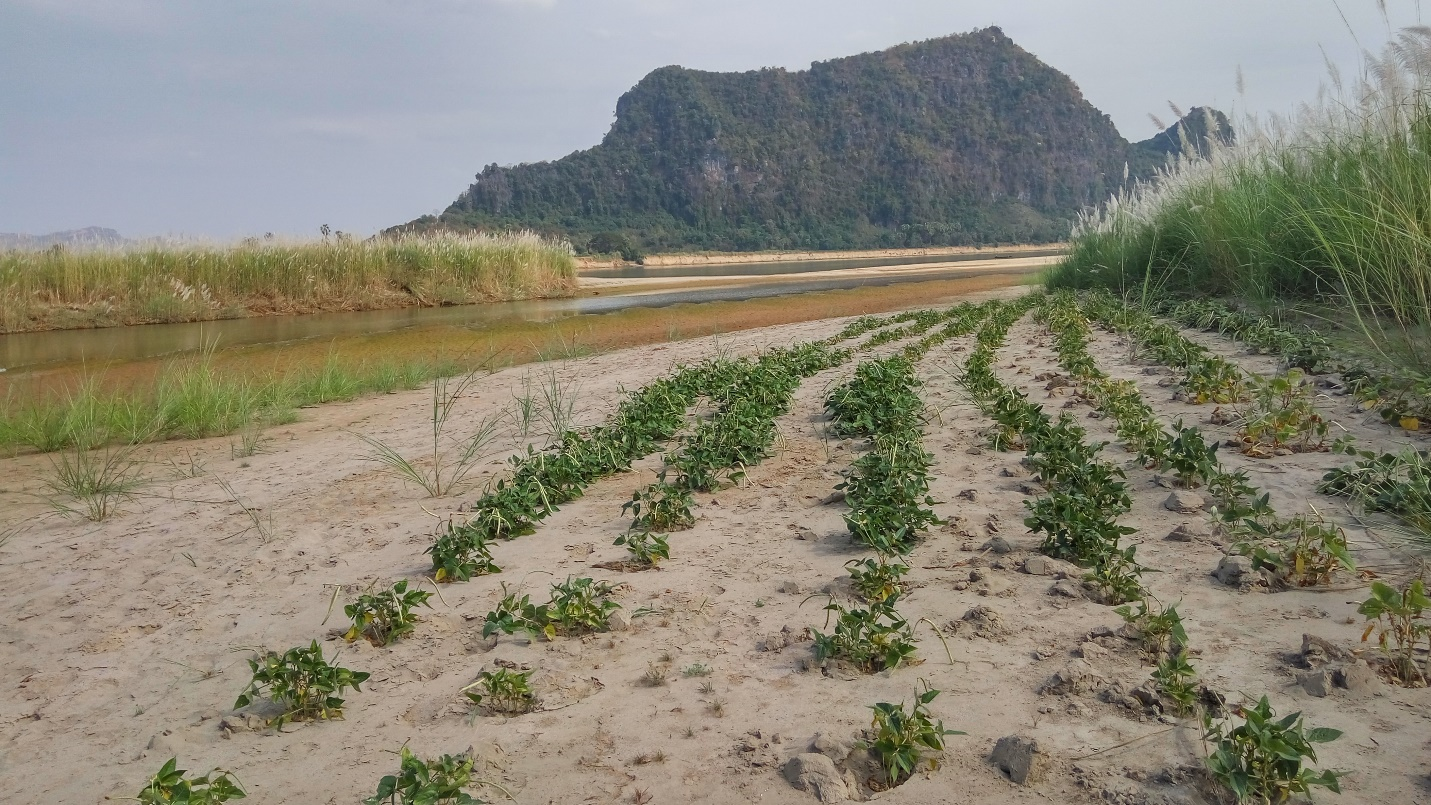 Over three days, I accessed some information from interviewees: they have 105 households and a population of 752 in Tha Ta Fang village. They are Sgaw Karen ethnicity and Christian. They live next to the Salween River and posses the small stream too. Their main jobs are doing the agriculture (rotational farming, permanent and paddy fields), boating and fishing. Their livelihoods mostly rely on the water. They have their own traditional jobs, such as weaving to make scarves, bags, and dresses but it is only women who do this. They have a group for weaving and working together. Some of the youth who graduate come back to their villages to serve as the teachers. They have almost 160 students and 13 teachers in the village. In the current situation, older people are not literate because they had to relocate from place to place since their childhood. But the new generation of children, they have better education than in the past. They have the school in their own village to access education. They learn only Thai language in the government school in the village but the teachers create the Karen class for them to learn in the summertime. They teach their Karen ethnic traditional culture and care for the environment. They go to the city to access more education after they graduate class in their village.

In Tha Ta Fang village, they are Christian so they go to the church every Sunday which they call the center of the community. They have three kinds of activities on Sunday. Women are praying at the church in the morning time. After that, men and women are together to sing in the afternoon time and the youth are coming to join. Third, youth are practicing their culture every Sunday, dancing and singing, so every Sunday is a special day for them. They believe in God and carry this in their speech and whenever they take action. One of the women in the village said that “Nothing can happen, if God didn’t want it to be or allow it.” Said community leader Mae Sari, “I strongly believe that Hatgyi dam will never come if God does not allow it. If it is implemented, God needs it.”

Mostly people in the village don’t have the national cards (ID), especially the people who are from the Myanmar side. But now they have stayed there for more than 50 years and the children who are born there are getting citizenship. If people don’t have the ID cards, they lose many chances, such as education, jobs, etc. So it is one of the main challenges for them before they are able to work outside the village. They are so active and have many networks from outside to work with them. They get support such as training and workshop to give awareness of the rights of people, child rights and the law. So they know about the law and always access this information from their network. The current situation is better than in the past.

In Tha Ta Fang village, they are doing agriculture for their survival. They have many kinds of land: 35 households working in low land, 5 households using rotational farming and some are farming permanent plots. They don’t have any land titles: not for the land they live on and not for the land they plant. They are so united and they can solve the problems by their own ways if they are face them with land or in other cases. They conduct meetings and decide together when they have the conflict but this does not happen very much because they also hold meetings prior to doing anything. They get the participation from all people first and then they decide. When they implement anything, they are working together. They use their own cultural ways to separate the land for each person, and do not need any laws. They also consider if others don’t have enough land, then they share it. That they use their own culture is so great and helps them build solidarity. They have a lot of evidence of this because they collect it on their own. This is known as “Thai Baan Research.”

In the end, we can compare the main cases happening in these villages. The Hatgyi dam is very close to the village. It has the potential to affect the whole area when the project starts running. The village would be located downstream of a mega-dam project. According to what we know about their livelihoods, they rely only on the water and land. If the water is blocked, what will happen to their livelihoods because they don’t have more fish to make income or transportation by boat and can’t farm? They also face the problem of the land. So what will happen in the future if they already have no land title? They continue to be concerned about the dam project. What will happene in the future?