For climate activists and policymakers in the Global North, it’s a stretch to imagine a carbon-negative nation—a country that removes more greenhouse gases from the atmosphere than it creates. But that’s the reality in Myanmar, one of the few net carbon sinks in the world. Ahead of the COP 23 conference in November, the Myanmar government is working out both their Nationally Determined Contribution to the Paris Accords (NDC) and domestic energy plans.

Last week in Yangon, Myanmar, energy companies held a conference on green energy development. But with a discounted ticket to the conference costing 300 dollars, it effectively cut off communities and local organizations from joining the conversation.

The problem is that Myanmar’s carbon deficit is due in large part to having only a third of its population connected to the central power grid. Demand for power is growing by 13 percent per year due to rapid industrial expansion. The government is planning to meet this demand by building eight new coal-fired power plants. At the same time, Myanmar is the second-most vulnerable country to the impacts of climate change, largely due to harsher and more frequent droughts, heat waves and floods, as well as threats to the country’s food supply.

A roundtable shows Myanmar is ready for green energy

Three weeks ago in Naypyidaw, Myanmar, a roundtable convened to tackle exactly these issues – to promote dialogue on renewable energy alternatives. Government, civil society and private sector stakeholders discussed how Myanmar can get serious and specific about a renewable, distributed energy plan. The country has a chance to leave “dinosaur technologies” like large hydropower and dirty fossil fuel projects behind. Myanmar could become an international leader in sustainability and call on other nations to do the same with their NDCs.

To lead the way in sustainability, Myanmar’s energy plans must also be equitable and collective. The roundtable in Naypyidaw highlighted how to do this: domestic plans have to be based on consultation with the communities they claim to serve – those two-thirds of Myanmar who lack grid-based electricity. The Election Manifesto of the current National League for Democracy government made specific mention of developing solar energy. Many roundtable participants were ready to see the NLD live up to its promises to work “together with the people.”

Contrary to myths about high cost and scalability, it’s also clear that renewables are a feasible way to meet Myanmar’s power needs. Current plans aim for only 10 percent renewable energy output by 2030. Myanmar is ready for far more than that. A recent study by the United States Trade and Development Agency found that the central grid in Myanmar can already handle up to 20 percent renewable energy input. Some countries already use more than 35 percent renewables. In a statement published after the July roundtable, Hans Josef-Fell, a German renewables expert and former Member of Parliament, suggested that the only barrier to achieving this may be political will.

A faster, cheaper and just road to electricity

Green energy advocates have the math on their side: the roundtable discussed how renewable energy can be a faster and cheaper road to electrifying the country than coal, gas or oil. The cost of producing wind and solar energy is dropping an average of 11 percent per year, while coal power generation is costing 5 percent more each year – and that’s without factoring in the price of fueling climate change in one of the highest-risk countries. If the Myanmar government continues to push coal, it faces large debts and a set of power plants that won’t help them to pay up. The government already expects to lose $311 million subsidizing power in 2017-18. The roundtable last month pushed to reform current fossil fuel subsidies, in favor of offering incentives to developers of micro-grids and to those who produce renewable energy for the main grid. Myanmar is in dire need of a specific law that promotes and incentivizes the production of renewable energy.

But conventional economic metrics are beside the point: green energy is the only choice for Myanmar from a human rights perspective – just as it is for every other country. Earlier this month, scientists from 13 U.S. government agencies released a report attesting that extreme weather events can indeed be linked to climate change.

The Myanmar government said it back in 2015, before the Paris Accords: “Myanmar is one of the most highly vulnerable countries in the world to the adverse impacts of climate change facing threats from extreme weather events, sea level rise, flooding and drought. Without action to adapt to these threats, the prospects for the economic development of our population of over 50 million will be hindered and our environment degraded.” Think of Cyclone Nargis in 2008.

A recent piece in The Nation by a director at Shell called for Asian nations to live up to the principles they advocated for during the Paris Accords. The fossil fuel executive called for Asian governments to develop policies to encourage the development of renewable energy. But the column was chiefly an endorsement of natural gas, labeling renewables as too expensive.

“How will climate change affect the quality of life of people in the most exposed areas?” it asks. Unfortunately, Myanmar is already seeing the answer to this question. It’s a dire picture, and distributed, renewable energy is really the only safe option.

But still, with a push from the Japanese government, the Myanmar government plans to build eight more coal power plants. According to a May 2017 study by Greenpeace and Harvard University, pollution from currently-proposed coal plants could lead to health problems causing 7,100 premature deaths per year, or a total of 280,000 over a possible 40-year operating life for a given plant. The government is still allowing the Japan International Cooperation Agency (JICA) to invest heavily in the farce that is “clean coal.”

But the country’s energy planning process needn’t be one of resignation. Myanmar has shown that some in their government connect the dots on climate change and its consequences in a way that many world leaders fail to. With a collective, participatory plan for renewables, they can take the lead on international commitments to climate. As a carbon sink, Myanmar holds a truly unique position. But if they follow through on plans to fully power the country through coal plants by 2030, it could lose this position – and it won’t get it back. 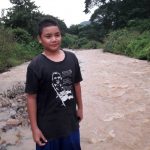 Dream of a Youth in Tha Ta Fang Village: “I Hope They Won’t Build Any Dams Along the Salween River” 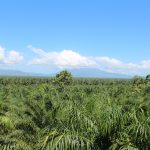