There is a somewhat understandable inclination to avoid the “who is responsible” piece. After all, wasn’t fossil fuel use inevitable? And, don’t we all use fossil fuels? Well . . . no (at least not entirely). While it might be unreasonable to expect humans in the 1750s to stop burning coal because of future harms they could not comprehend, the same cannot be said for the fossil fuels companies of the 1950s.

Last year, we all learned that Exxon scientists in the 1980s knew full well that climate change was real and that it was caused by fossil fuel consumption. But new documents – uncovered by our friends at the Center for International Environmental Law (CIEL) – show that fossil fuel companies knew (or at least should have known) that fossil fuel use would lead to disastrous climate changes as early as the 1940s. And that knowledge, at that time, was critically important because most of the atmospheric carbon dioxide that humans produced and that is causing climate change occurred in the last 60 years.

So, what does this mean? Well, instead of telling the truth about their products and giving the world a chance to develop an economy that was not based on a product that will destroy us, they told lies about the risks of their product, produced and sold more of it, and made ungodly profits the whole time.

So, again: what do we do about climate change and who should pay for it?  I’m not a scientist or an engineer – I don’t have a good answer to the first question, but plenty of smart people are working on it. Whatever the solution, I suspect it will be expensive – scratch that, I know it will be expensive. As to the second question, I am a lawyer – and I know you’re not allowed to profit from fraud; you cannot negligently, recklessly and intentionally destroy the environment; and you cannot gamble on the lives and livelihoods of future generations.

Last week a federal judge allowed climate claims brought against the Federal Government by young people to proceed. These young people are suing the Government for its energy and environmental policies, which are irresponsible in light of the Government’s knowledge of climate change. Let me think . . . who else knew about the risks of fossil fuel consumption . . . who lied about those risks . . . who produced, sold and profited from those fossil fuels . . . and who is next? The fossil fuel companies. Let’s do this. 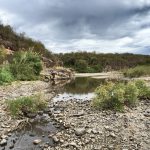 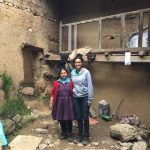 A Letter to Máxima Acuña Atalaya