Last week, EarthRights D.C. staff braved the cold, wind, and rain to join the Fire Drill Friday rally at the U.S. Capitol. Four members of our team also made the personal choice to participate in the civil disobedience, which resulted in their arrest.

Led by actress and activist Jane Fonda, Fire Drill Friday focuses on a different climate movement topic each week. Movement leaders, celebrities, and experts in the field give speeches and run teach-ins. Previous weeks have featured topics such as water security, environmental justice, and the Green New Deal.

“Despite the very clear warnings from scientists and the evidence pouring in every day that climate impacts are already here, fossil fuel companies are still spending billions to lock in more climate pollution,” said Fonda as she kicked off the event.

EarthRights Co-founder Katie Redford spoke to the crowd about how we extend accountability by suing oil companies:

Following the rally, several members of the EarthRights team decided that they wanted to participate in an act of civil disobedience, which resulted in their arrest. Below they reflect on why they chose to participate in the action. 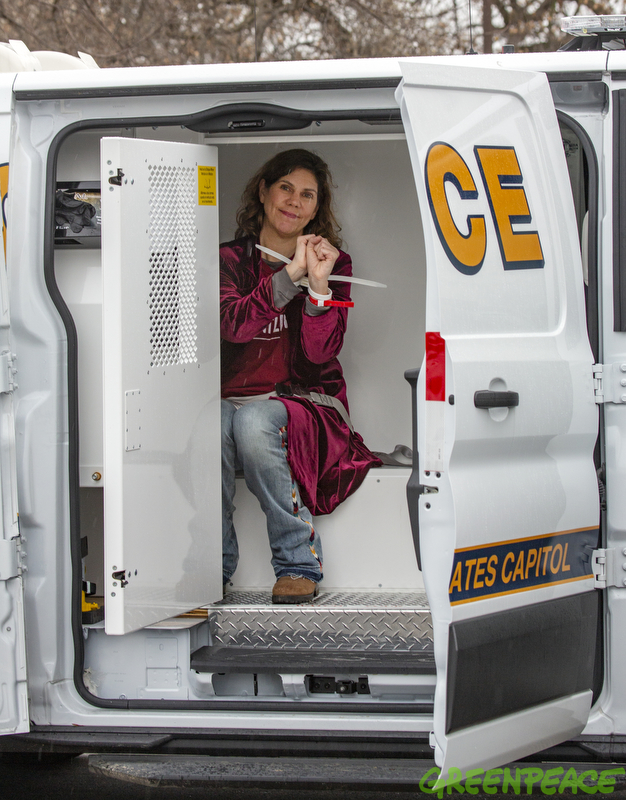 “Fossil fuel corporations have known for decades that their products are fueling our climate crisis and chose to protect themselves while spreading disinformation and false science, raking in billions in profits. I put my body on the line on Fire Drill Friday to send the message that corporate polluters must be held responsible for their role in the climate crisis. It’s time to demand justice.” 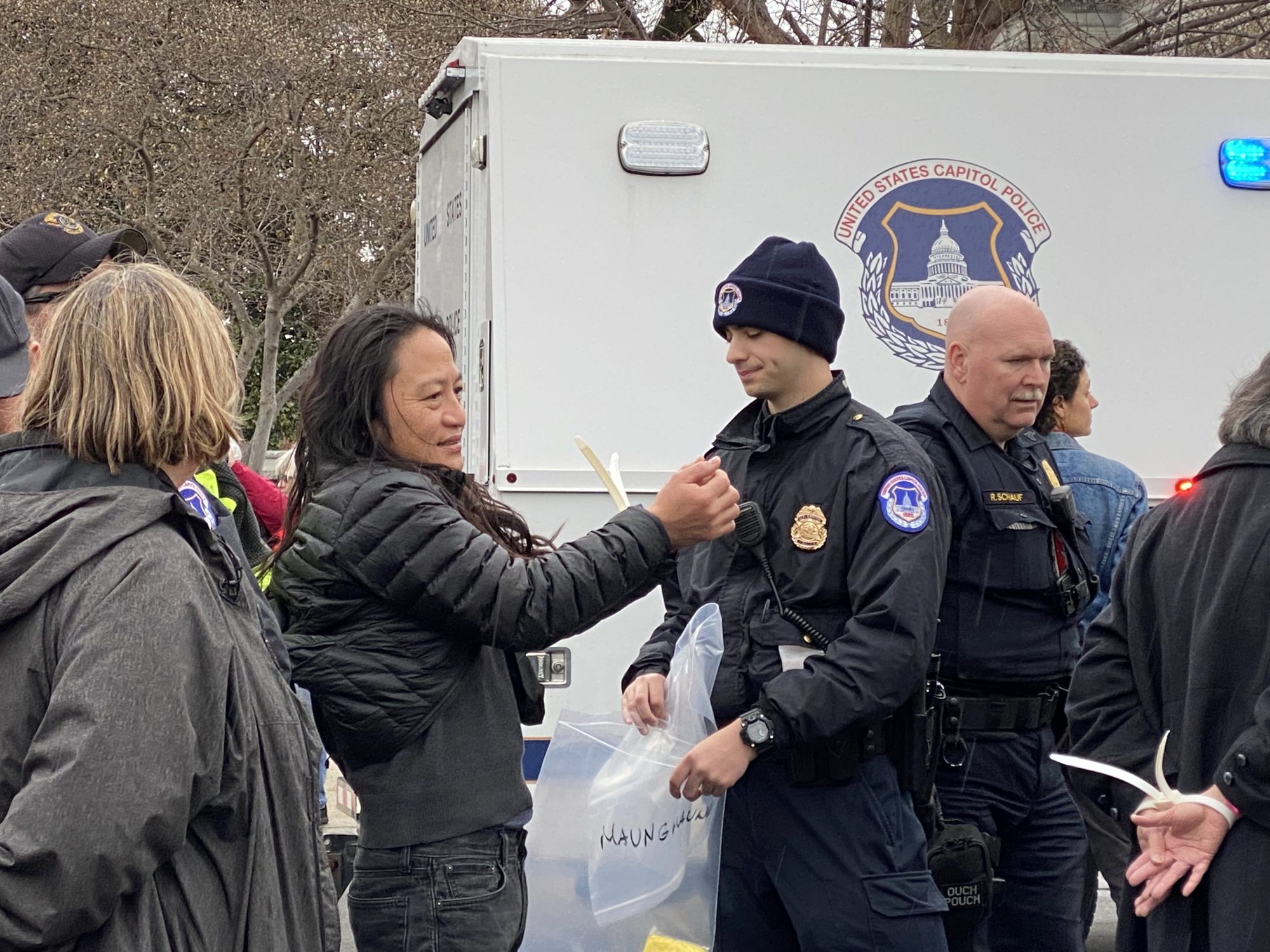 “EarthRights defenders around the world are often criminalized and harmed for speaking truth to power–I know this because it happened to me. I got arrested last week to stand up for those who don’t have the privilege of free speech and to tell reckless fossil fuel corporations that enough is enough.” 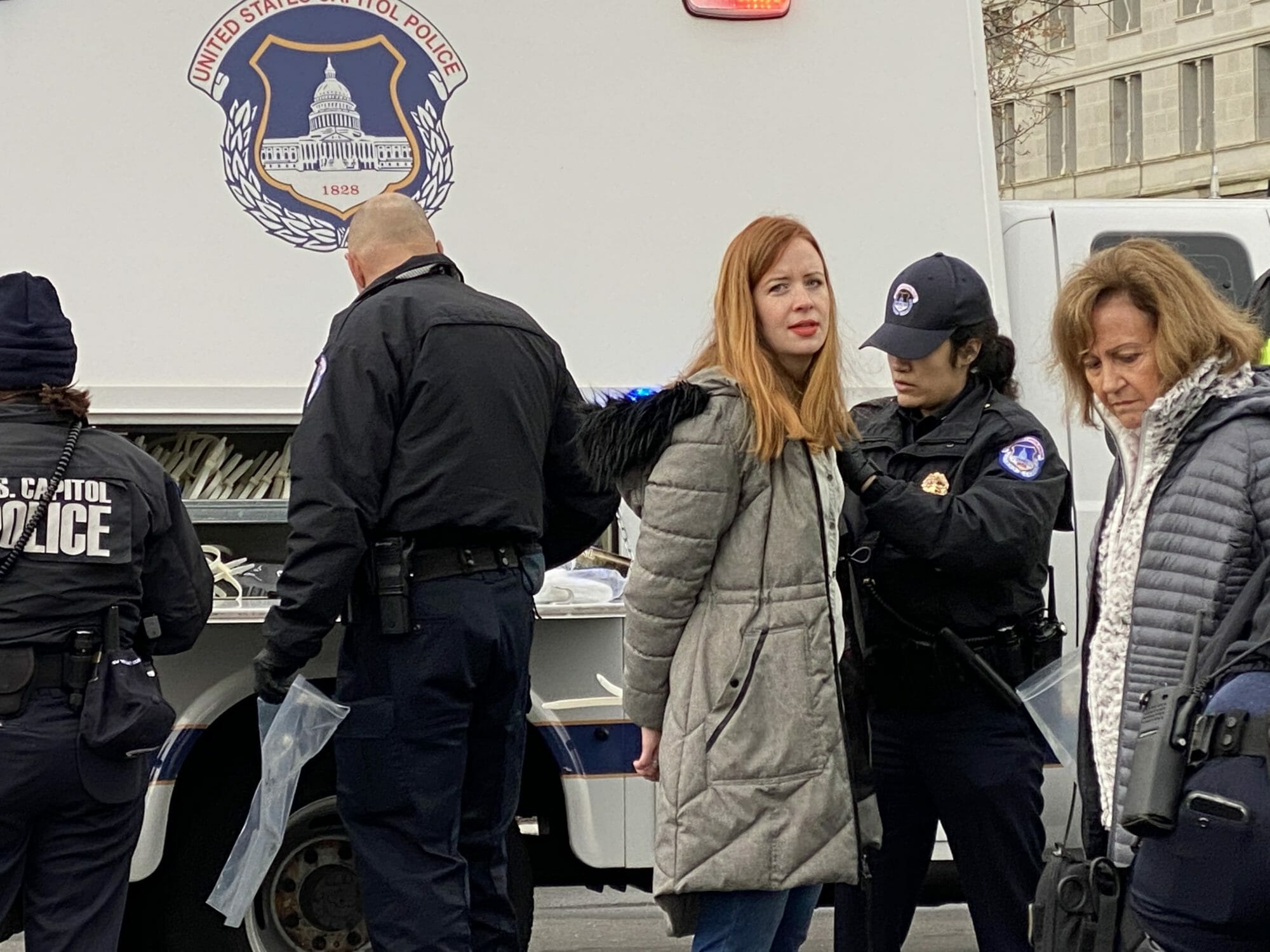 “I felt it was important to participate in the civil disobedience because climate change isn’t waiting. People like me, who are not famous, who have a certain amount of privilege, need to get involved and call attention to this crisis. I wanted to stand in solidarity with frontline communities who put so much on the line protecting human and environmental rights. We can’t keep letting these big corporations get away with profiting from this disaster, and our government has to make drastic changes so we all have the chance at a livable future.” 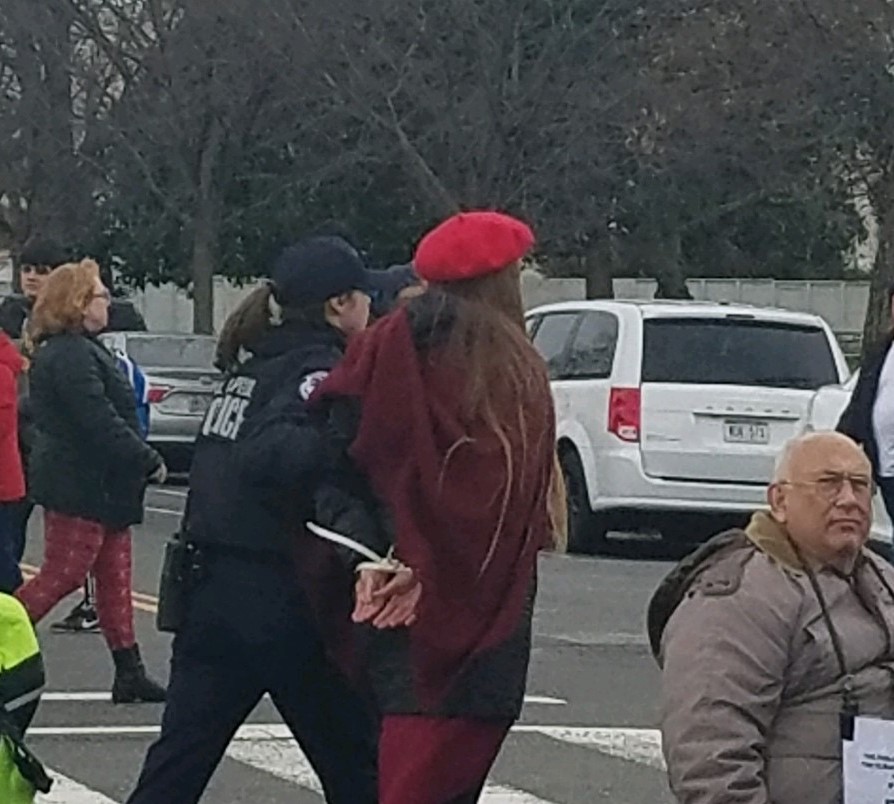 “I chose to participate in the civil disobedience to stand in solidarity with frontline communities. Communities like those that we work with at EarthRights have contributed the least to the climate crisis but suffer the most. I am privileged that I can engage in protest and civil disobedience without risking my physical safety. In frontline communities, protesting often carries a death sentence. I believe that those of us for whom the cost is so low need to stand in solidarity with those who are risking so much. We are at one of the great junctures in history where we stand defines who we are, and we must take action to protect our earth and our communities.”

How Human Rights Fared at COP27