Water is Life, But What’s in the Water?

The leaves on the coffee and mulberry bushes are shriveled. The lychee and longan trees no longer bear fruit. It’s so bad that the villagers made maps – of their mulberries, coffee, corn, rice, cashews, bananas, and also the rivers and watersheds. They’ve recorded everything that nourishes their communities, before it disappears.

Recently, two towns in Thailand’s Nan province have seen a decline in the size and quality of their harvests. These communities in northeastern Thailand, near the border with Laos, rely on agriculture for their livelihoods. Now they’re trying to figure out what’s causing these changes, as well as a new pattern of health issues and illnesses they’ve never seen before.

Mapping their communities is a step in determining what might be impacting their crops: insecticides and chemicals, wastewater from nearby factories, or pollution from the Hongsa coal-fired power plant and mine, just across the border in Laos. 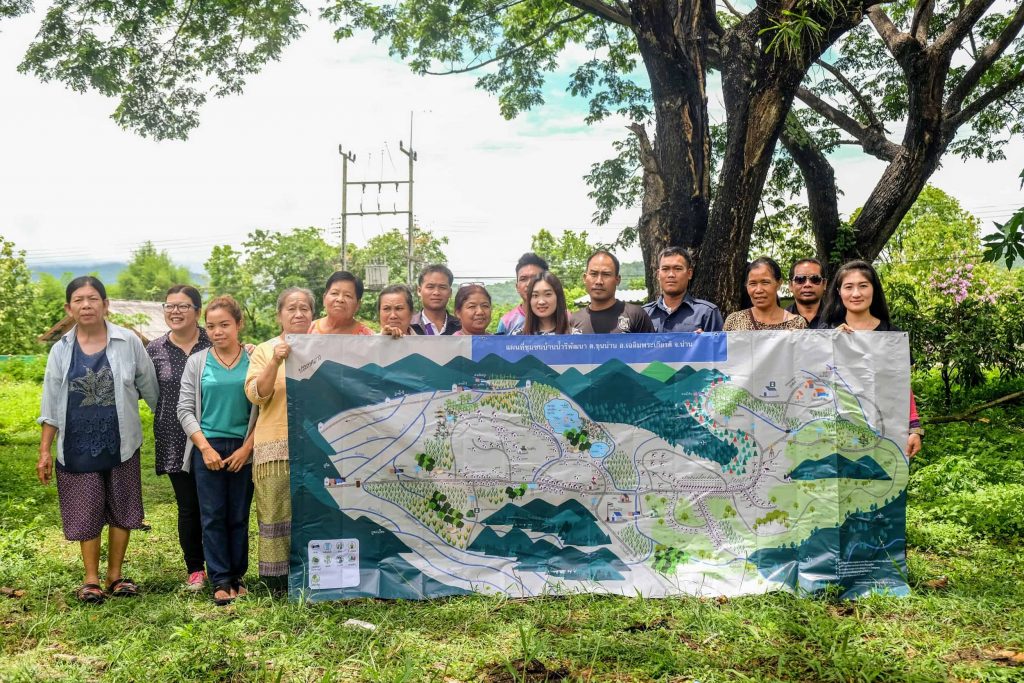 Last week, ten members of the Nan communities traveled to Mae Moh, the site of the largest coal power plant in Thailand, to learn from local activists about how to track the changes they’re seeing and how to determine if these changes are due to the nearby coal project. The Mae Moh power plant, like the one across the border from Nan, is also the site of an open-pit mine for lignite, one of the dirtiest burning fossil fuels.

After travelling nine hours by van to Mae Moh, the Nan villagers were welcomed by Maliwan Nakwirot, a leader in the local community. Maliwan led the campaign to hold the developer of Mae Moh, the Electricity Generating Authority of Thailand (EGAT), accountability for rights abuses, and she openly shared her knowledge and experiences. 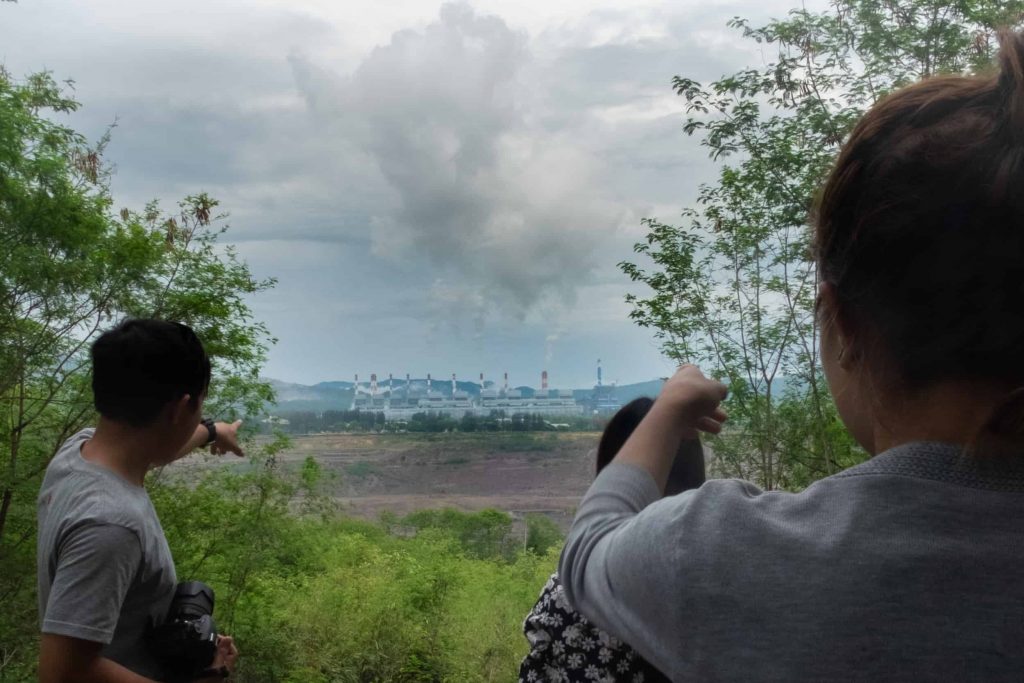 Community members from Nan look out at the Mae Moh open-pit lignite coal mine and power plant.

The Lessons of Mae Moh

The Mae Moh projects displaced 30,000 people, and many more developed health problems due to sulfur dioxide and other contaminants in the air. Greenpeace found that the Mae Moh plant releases 7 million tons of  carbon dioxide, 39 tons of mercury and 4 million tons of ash each year. Toxic coal dust, arsenic, chromium, manganese and cadmium were also found in nearby rivers and groundwater. Community members say the number of deaths due to pollution is at least 300. But the cause of these effects on the Mae Moh community wasn’t always clear – it took years of documentation and monitoring. 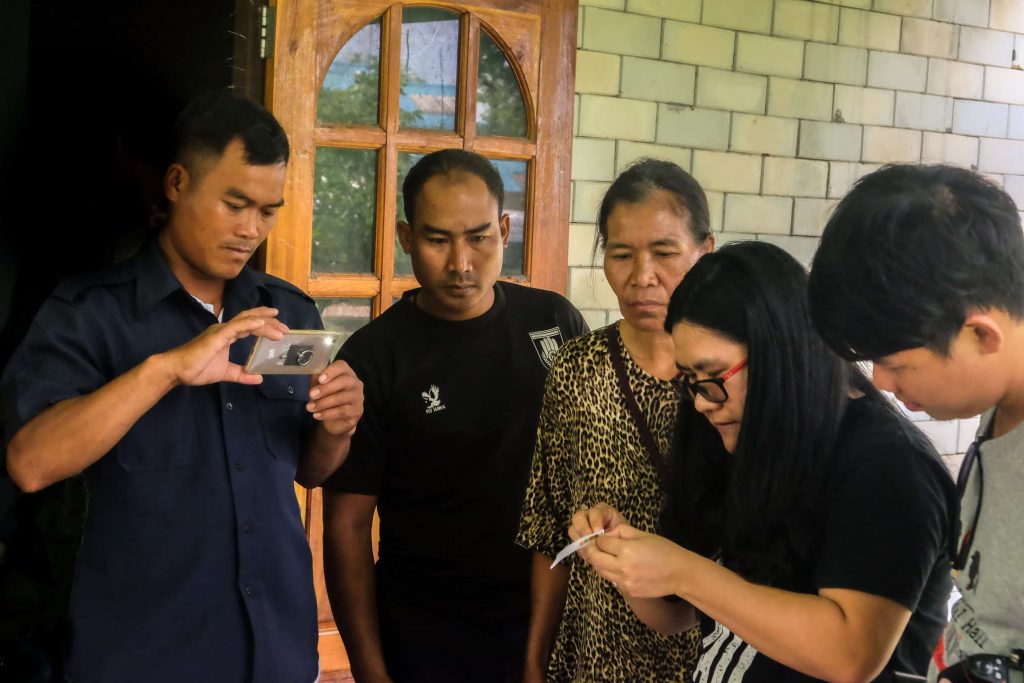 Community members from Nan learn about techniques for testing the quality of their local water sources.

What Will it Take?

At the exchange in Mae Moh, the Nan villagers showed Maliwan and her fellow activists their maps as well as a display of photos: pictures taken by youth groups in their communities, and of the way their mulberries and coffee looked before the leaves and fruit began to wither. The villagers from Nan shared their stories of how these plants have developed “burnt”-looking leaves and dark spots. The communities rely on these crops as their main source of income, selling much of their harvest to the Royal Project program, a well-known brand across Thailand and an agriculture initiative of the Thai royal family.

Part of the Nan communities’ research is to document local knowledge, including expertise of key community members that would otherwise never be written down. The activists in Mae Moh encouraged this, suggesting that they base their research on the knowledge of existing community leaders – their neighbors who are already experts on coffee, orchards, soil or health issues.

Maliwan emphasized that if the villagers from Nan want to find out what’s really causing the problems with their crops, they need to document everything – not just how things have been, but how they’re changing, including differences in crops, shifts in seasons and variations in weather. All of these need to be tracked systematically, year by year. At Mae Moh, farmers saw their crops destroyed by acid rain as a result of sulfuric dioxide released by the power plant.

The Nan communities are already working with researchers at Chiang Mai and Naresuan Universities on scientific testing of soil, water, air and crops as well as a new method of monitoring called community-led health impact assessment. At a recent meeting in Nan’s capital city, these researchers, community members, government officials and other stakeholders gathered to discuss the impacts of toxins and contaminants on livelihoods and natural resources in their area. The Mae Moh case was raised at the meeting as one example of how a community monitored its resources. 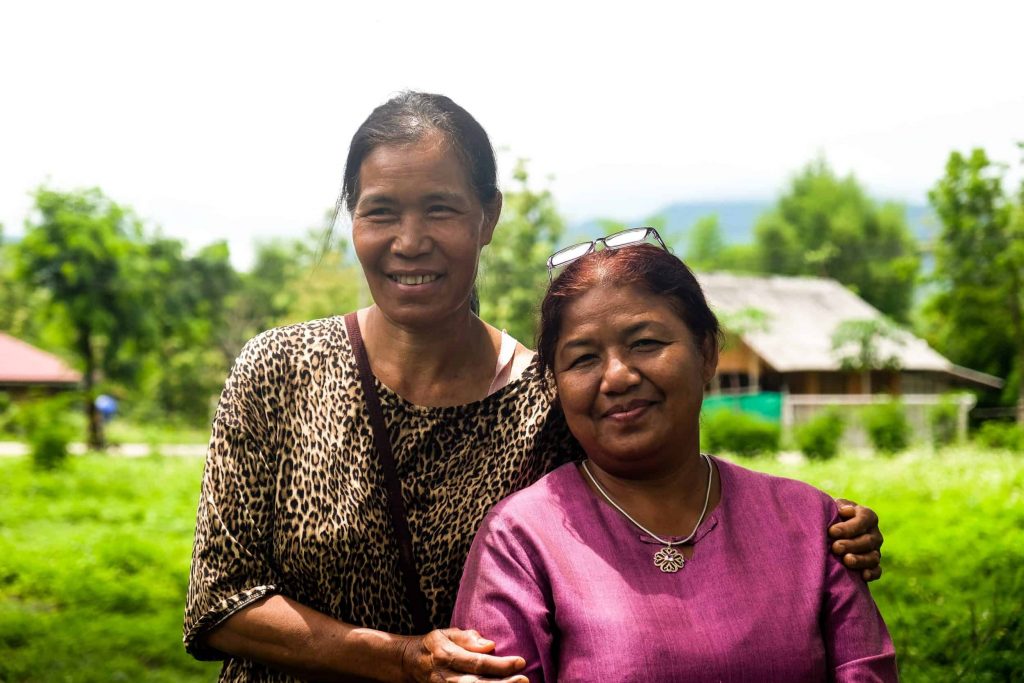 A woman from Nan and a woman from Mae Moh pose after connecting around their shared stories of facing pollution and threats to their local environments.

When Maliwan speaks, she often shares stories of her family and others who suffered from the impacts of the coal mine and plant. Her father was diagnosed with cancer, which they believe was caused by the pollution. If the Nan activists want to find the sources of their issues before they become irreversible, she says, they’d do well to carefully watch the more at-risk groups among them – the elderly, pregnant women, children, even those with high blood pressure.

Maliwan emphasized that the court’s 2015 decision, even if it ruled in favor of the communities, was not the end of their story. They still deal with the health impacts, families struggle with their losses, and much of the land around the mine isn’t fit to farm. Given this, the Mae Moh activists also recommended that the villagers from Nan remember why they’re doing all this work: to strengthen their community, to record what’s valuable to their local way of life, and to know that when their rights are being violated, they can speak out. 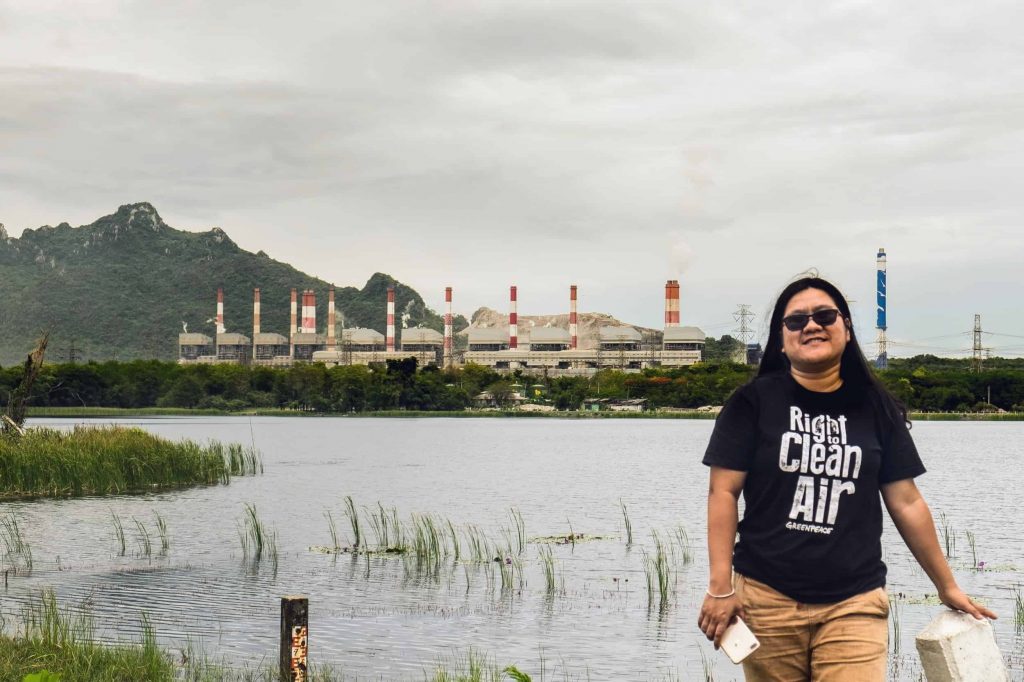