U’wa Summit in Defense of Life

“We call this a summit, because it is as if we are climbing a mountain together.” –Edwin Tegria, community leader, U’wa Nation (Colombia)

The rooster woke us before the sun did. It was barely 4:30 AM and it was time to bathe in the cool mountain stream. Aura Tegria Christancho, U’wa leader and newly minted lawyer (the first woman U’wa lawyer ever) and her sister Claudia walked the women from the international and Colombian delegation down a rocky path. In the water, we laughed and joked around. It was a lighthearted moment during a serious event organized by the U’wa Nation for a delegation of international and Colombian lawyers, activists, filmmakers and artists. The Summit in the Defense of Life, Territory, and Natural Resources, held November 28th and 29th in Tamaria brought us all together for the first time.

Bathing in the rocky river, it was palpable how intertwined the U’wa are with the nature that surrounds them. Their cosmovision makes them the guardians of the blue planet, and they are committed to do whatever it takes in its defense. The U’wa see themselves as responsible for maintaining the balance between the earth (including oil, which they believe to be the blood of Mother Earth), water, mountains, and sky. The U’wa’s defeat of Occidental Petroleum in 2002 is the stuff of legends. More recently, they also stopped gas exploration in their territory at the Magallanes gas-drilling site (but despite their best efforts have not been able to stop gas drilling at the Ecopetrol’s Gibraltar plant). Threats seem to loom at every corner.

This year, the U’wa mobilized to protect their sacred Zizuma, a snow capped mountain that for the U’wa holds deep sacred significance as the origin of much of their spirituality. Zizuma is also located inside the Cocuy national park. The U’wa want to protect their sacred territory. The National Park Service wants to keep the park open to attract tourism. The government and the U’wa have currently reached a temporary agreement in which the Cocuy national park is closed. The government is pushing to reopen and the U’wa don’t want to move forward without a study that to measure the impact of tourism on the park.

This summit came almost 20 years after a delegation of three U.S. human rights activists, or as the U’wa calls them indigenistas, Terry Freitas, Ingrid Washinawatok, and Lahe’ena’e Gay, were tragically killed by the FARC after leaving U’wa territory.  In their memory, Colombian graffiti artists created a mural at the entrance of the Tamaria / El Chuscal community. 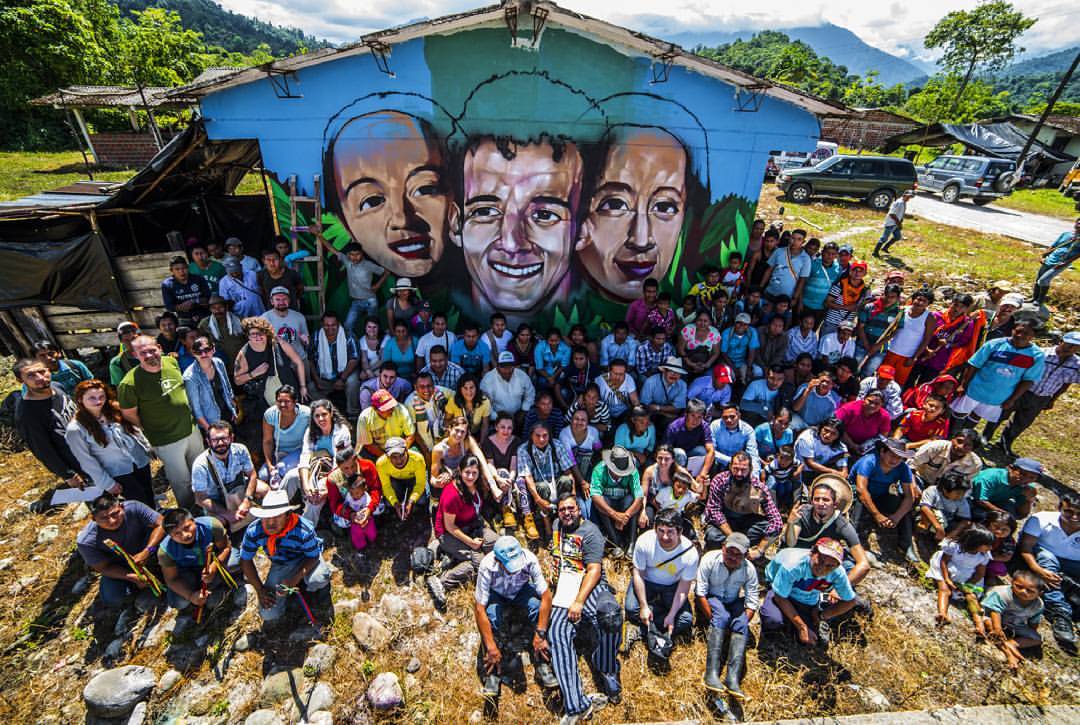 Reaffirming our commitment to the U’wa Nation, seventeen years after the tragic death of three young people who embodied that commitment, was important: to learn from each other, to plan for the future, and to show the world that there is national and international solidarity with the U’wa struggle.

As their fight continues, we will remain by their side. The Inter-American Commission on Human Rights (IACHR) accepted the U’wa’s petition against Colombia for its failure to protect U’wa territory and respect U’wa norms that prohibit the exploitation of natural resources. We will stand with them as they make their case.

It is no coincidence that we came together at this time in Colombian history, a time in which peace and the country’s future hangs in the balance. 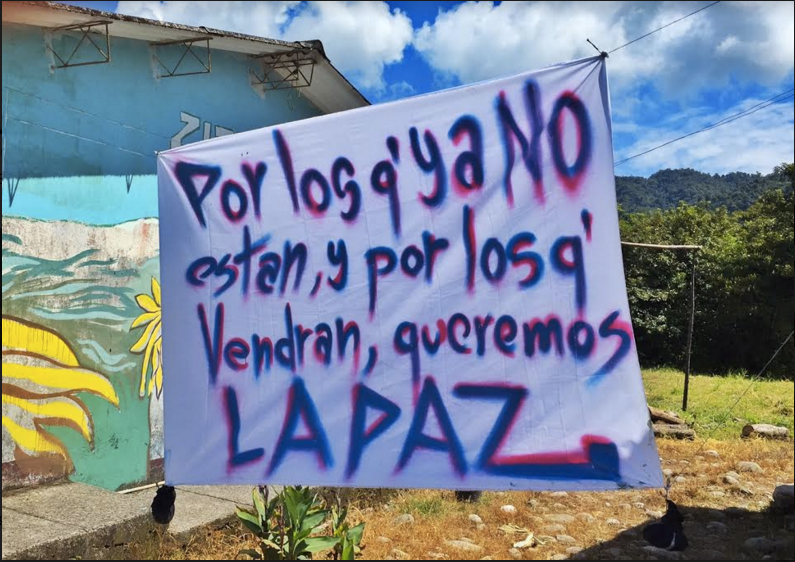 We are glad to have participated and we reaffirm our commitment to the U’wa people and their struggle.