This week, the U’wa nation occupied the Gibraltar gas plant in a nonviolent and collective protest against the Colombian government. The gas plant, which is located on their ancestral land, is owned and operated by Ecopetrol. After a series of unfulfilled commitments by the government, the U’wa demand that the plant be dismantled and that their land is returned to them.

Fifty-one Colombian and international organizations have signed a letter of solidarity in support of the U’wa.

To:
Mr. Juan Manuel Santos Calderón
President of the Republic of Colombia

We, the below-signed national and international civil society organizations, respectfully write to you in expression of our support and solidarity with the U’wa indigenous nation and their process of demanding their rights. Fundamentally we would manifest our concern with the Colombian state’s lack of compliance with agreements signed between the national government and the U’wa Nation more than two years ago in May of 2014. Following the agreement in June 2014, many of our organizations sent a similar letter requesting that the Colombian state take all necessary measures to protect and respect the life, integrity and other rights of the U’wa Nation. On this occasion, given the lack of progress and compliance with the accords, we would reiterate that request.

For more than two decades, the U’wa Nation has been a point of reference for the just insistence of indigenous peoples’ collective rights, as much in Colombia as elsewhere around the world. In recent months, we have monitored with keen interest the various peaceful collective actions that the U’wa, in conjunction with other indigenous peoples and campesino communities, has taken in defense of their sacred and ancestral territories. We greatly admire the vision, patience and discipline with which the U’wa Indigenous Guard has acted around Mt. Zizuma (El Cocuy), their sacred snow-capped mountain peak, and more recently near the gas extraction platform Gibraltar, which is found just outside the U’wa reserve but within their ancestral territory.

We are concerned about the state’s lack of will to fulfill the agreements signed on May 1st and June 6th of 2014 – shown by stalling and a lack of effective responses – the many meetings between the U’wa Nation and government notwithstanding. We understand that the U’wa are not alone in their situation of waiting, given that the recent Agrarian, Campesino, Ethnic and Popular Mobilization (Minga) was launched because of over 1,200 similarly unfulfilled agreements and that this is now in a dialogue process.

As such, we believe the current negotiation with the U’wa is a great opportunity for the Colombian State to finally fulfill the signed accords in a real and effective manner, therefore showing your commitment to the respect and guarantee of the individual and collective rights of this ancestral Nation, that have been violated for decades. This is an opportunity for the state to turn its stated commitment to indigenous peoples into a reality, something that is certainly necessary for any durable peace process.

As organizations that have a history of accompanying the U’wa Nation, we will continue to be very attentive to the next steps. We hold out hope that the Colombian state will comply with the signed agreements, in addition to your national and international commitments to respect indigenous peoples rights. Please guarantee the life, integrity, development and culture of the U’wa Nation, as a fundamental base for the Social State of Rights.

Human Rights and Big Business in the COVID-19 Era: 5 Trends to Watch 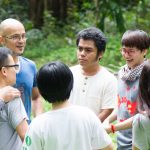 Students Turn to Theatre to Learn About Free, Prior and Informed Consent 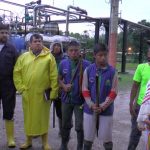