U’wa Letter to the White Man

Why are the U’wa protesting now?

A group of young climbers ascended the snowy mountain and played a high-altitude fútbol game in February. The video of the game was broadcast on Colombian media, provoking immediate protests from campesino communities who had previously expressed concerned about the protection of the glaciers. That is also when members of the U’wa Nation decided to block the entrance to the park.

The U’wa are asking for immediate closure of the park from tourists to protect the mountain. Aura Tegria Cristancho, our friend and U’wa Association’s legal advisor said: “At this time our U’wa guards are blocking the main entrance to the snowy peak. We are afraid as the governor threatened to forcefully evict us. But our guards will remain.”

The U’wa Nation read read the following letter during a high level meeting on Sunday. They have also distributed this letter to Colombia’s Minister of the Environment, as well as other high ranking regional and national authorities. 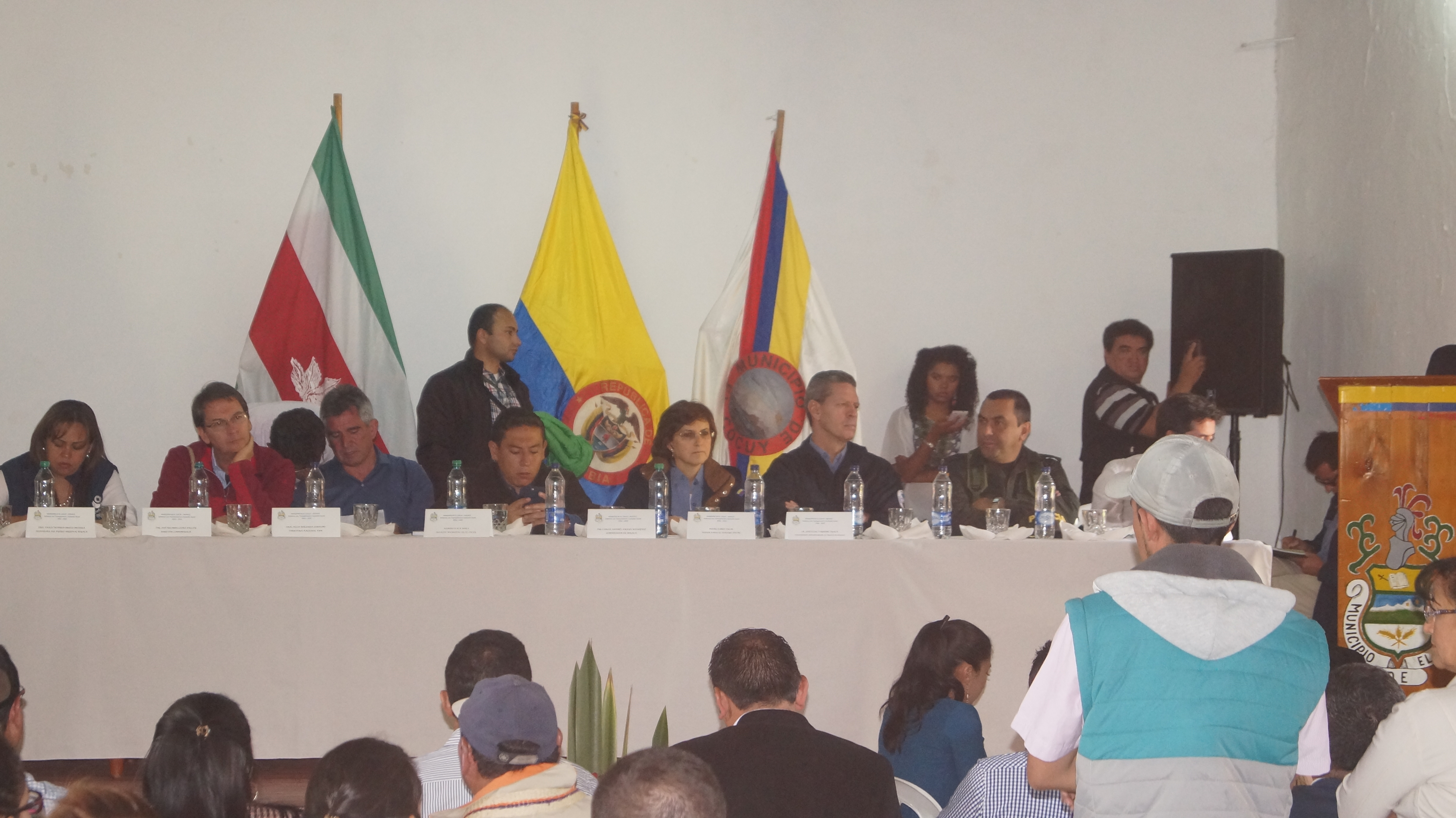 Letter to the Colombian Minister of Environment

“Now is the opportune moment to leave a historic legacy for our future generations, in conservation, care for our mother earth. Because for all the money that man might have, he can’t eat money if we don’t have water for humanity’s survival.” U’wa letter to the white man.

Through the High Council of the Association of Traditional U’wa Authorities and Councils (ASOU’WA), the public entity of special character which represents the 17 U’wa communities found in the Colombian departments of Santander, Norte de Santander, and Boyacá, and in the framework of our process of resistance and our legitimate right to express ourselves through collective action as a mechanism to claim and defend of our historic patrimonial rights, the U’wa people ratify our position of territorial defense of Kakja-Ika.

Our ancestors have left a historic legacy through our traditional authorities, called Werjayas, to maintain the physical and spiritual world’s natural and biological equilibrium through our rituals, dances, and songs carried out during different seasons, preserving the natural life of all existing resources in our Mother Earth and our human beings.

The intervention in our ancestral territory and sacred site Zizuma (called the El Cocuy National Park) has brought an imbalance to our Mother Earth, destruction and pollution, and cultural, spiritual, territorial and social imbalance within the U’wa people, moving us toward a physical and cultural disappearance. For the U’wa people, Zizuma is the principal axis of the human being, of our sacred territory, where the divine beings live who exercise the equilibrium of our blue planet, and where the ancestral and cultural knowledge of our traditional authorities (Werjayas) is materialized.

Given the incompetence of the Colombian National Park authority to administer and exercise control of the El Cocuy National Park, and given their role as tourism operator, they have ignored their function in terms of guaranteeing the protection and conservation of protected areas. Events like what happened on February 28th affect the heart of our belief system and contribute to the climate change that we are seeing today around the world, affecting the most sacred areas for the U’wa people.

As the U’wa people, we are defenders of our Mother Earth and the legitimate owners of our ancestral lands. We ratify our posture of defense and protection of Mother Earth, respect for our sacred sites, life and our survival as an ancestral people. We demand the immediate closure of tourism within the El Cocuy National Park as this is just one small step toward a guarantee for life, culture, and the existence of Mother Earth.

We U’wa people express that we won’t renounce our right to resist as it is a legitimate instrument that allows us to demand our collective, territorial, cultural, and environmental rights. The goal is to guarantee the existence of the U’wa people and all other peoples, and to provide future generations with a healthy environment and natural resources that make possible their survival on the blue planet.

With great admiration we look upon our Riowa (non-U’wa) brothers and sisters, the campesinos of El Cocuy and Guican de la Sierra who have taken the initiative to defend and ratify the position we all took in 2013, when the U’wa people demanded the proposal to not allow tourism in the U’wa United Reservation, principally within the sierra Nevada El Cocuy.