Home > Blog > Trafficking Case Should be Simple: U.S. Corporations can be sued in U.S. Courts

Trafficking Case Should be Simple: U.S. Corporations can be sued in U.S. Courts

When a U.S. citizen such as oilfield contractor KBR violates international human rights law, the victims of that abuse should be able to sue them in U.S. courts.

That’s the simple version of ERI’s argument in an amicus curiae (“friend of the court”) brief to the Fifth Circuit Court of Appeals last week. Along with the Center for Constitutional Rights, we took a stand in support of the plaintiffs and reversal of the lower court’s decision in Adhikari v. Daoud & Partners, a case about trafficking of workers.

The Adhikari plaintiffs are suing under the Alien Tort Statute (ATS), which allows suits for violations of international law. As readers may know, the Supreme Court in Kiobel v. Shell narrowed the scope of the ATS by stating that claims are only valid under the statute if they sufficiently “touch and concern” the territory of the U.S.

As we argue in our brief, claims against U.S. citizens (such as KBR) automatically satisfy this test. This is true not only because it would only make sense given that as a U.S. corporation, KBR is subject to U.S. regulations and benefits from its protection (and therefore should also bear the scrutiny of U.S. courts). It is also true because the ATS was designed to ensure that the U.S. met its international obligations to provide remedies for victims of human rights abuses committed by its nationals.

The concern that motivated the First Congress to pass the ATS over 200 years ago remains vitally important today. Now, as then, the U.S. bears responsibility for its citizens’ acts abroad. Forcing victims harmed by U.S. citizens to go to state courts – or worse, foreign courts that may not be adequate or even available – may leave the United States in violation of its international obligations to provide a remedy. That is why the U.S. Government urged the Supreme Court in Kiobel not to bar such suits.

As a reminder, Kiobel was a so called “foreign-cubed” case where the defendant, conduct and plaintiffs were all outside the U.S. Presented with such facts, the Supreme Court held that a foreign multinational defendant’s “mere corporate presence” in the United States was insufficient. The Kiobel Court was concerned that U.S. would be the chosen forum for violations of international law universally and their adjudication would not only overburden our court system, but that we would also step on the toes of other countries. The Court was also afraid of reactionary moves from other countries, allowing retaliatory lawsuits against U.S. corporations in their courts.

None of those concerns are relevant when the defendant is a U.S. citizen. Every nation has the well-established and undisputable right to regulate and adjudicate its own citizens’ actions. Other countries will not complain, and indeed, will welcome, when the United States acts to fulfill its international obligations by holding its own citizens accountable for internationally-recognized human rights violations. In fact, while Germany, the Netherlands and U.K. argued in Kiobel that the claims in that case exceeded the proper jurisdictional reach of U.S. courts, the same countries also expressly confirmed that there was no such problem where the defendant is a U.S. citizen. 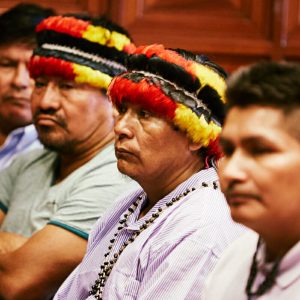 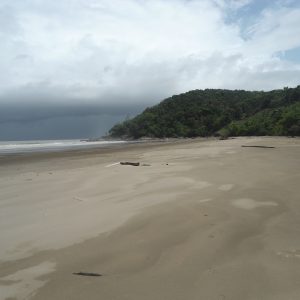 “We are already rich. We get what we need from our land. We don’t want to breathe toxic air and we don’t need a coal-fired power plant.”