Home / Blog / There is no Planet B

“Scientists may depict the problems that will affect the environment based on available evidence, but their solution is not the responsibility of scientists but of society as a whole.” – Mario Molina, Mexican chemist, Nobel Prize winner

This year, Earth Day, the annual event that supports environmental protection and is celebrated worldwide on April 22, seems especially important.

From learning about Exxon’s knowledge about the devastating impacts of climate change, the removal of any mention to “climate change” on the White House website, and the appointment of Scott Pruitt, a climate change denier who’s worked closely with the fossil fuel industry, as new head of the Environmental Protection Agency, we face some serious hurdles.

But with hurdles comes the opportunity to overcome them – and that’s what we must do. That is what we do.

We’ve witnessed remarkable acts of resistance around the world to projects that will harm not only the environment, but the livelihoods of those who live near them. Peaceful protestors gathered in front of the White House to oppose the Keystone XL Pipeline after President Trump approved the previously stalled project. Newmont indefinitely scrapped plans for their Conga mine in Peru after it was met with resistance from the communities in Cajamarca. Government leaders in China and Myanmar are reconsidering the construction of the Myitsone Dam in northern Myanmar, which has been the focal point of protests for several years. El Salvador made history last month after it became the first country to ban all metal mining nationwide. And even though the Dakota Access Pipeline is nearing completion, thousands of water protectors gathered at the Standing Rock reservation in North Dakota to oppose the project in a strong display of solidarity, and various companies have since divested from the pipeline.

Make no mistake – your voice matters. Your actions matter.

One person or group can’t decide the fate of our planet – not a government official, not scientists, not the extractive industry. Rather, we all decide the fate of our planet. As Mario Molina said, scientists can provide the evidence as to how our actions contribute to climate change, but all of us have the responsibility to do something about it.

Next Saturday, April 29, people will gather in hundreds of cities around the world for the People’s Climate March. You can find the closest march near you or choose to host your own. Let this be the catalyst that sparks a chain reaction of progressive policies that ensures the protection of our planet – because there is no contingency plan.

There is no Planet B. 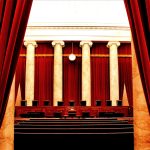 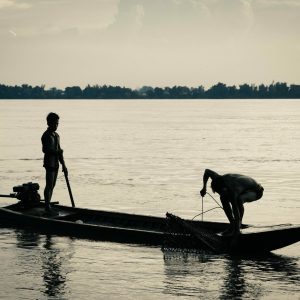