The U.S. Is Still Obligated to Act on Climate Change

On Thursday, President Trump withdrew the U.S. from the Paris Accord. His choice to do this on June 1st, International Children’s Day, could not have been more inappropriate – it is the future generations who will suffer most from this reckless decision. This announcement also took place only a few days before the celebration of the World Environment Day.

The act of withdrawal from the Accord may be new, but we all knew too well already that the Trump administration had no intention of meeting its obligations under the 2015 United Nations Climate Change Conference in Paris, COP21. Namely, the administration had no intention of implementing the actions to keep the increase in global average temperature under 2 degrees Celsius.

In just over 100 days, the administration – and the members of Congress who felt empowered after the inauguration to act irresponsibly in pursuit of narrow corporate interests – took over 20 actions that pulled us further away from the goals of the Paris Accord. One of the earliest actions was the repeal of the “Stream Protection Rule,” which prohibited dumping coal slag and debris into streams and waterways in the process of “mountaintop removal” mining (when mountaintops are blown up to access the coal underneath). Paradoxically, although the President has repeatedly stated that he loves coal miners and the ostensible justification for repealing the rule was to protect the miners’ jobs, the people who will have to drink this contaminated water are the people who live around these mines, particularly mining communities.

Trump also proudly announced that new mines will be opening in a number of states. We can probably expect to see more of these, as in March the administration lifted the freeze on the new leases of public lands for coal mining purposes. And in April, Trump ordered “immediate re-evaluation” of the Clean Power Plan, the first attempt by the federal government to reduce carbon emissions from power plants. Even though this rule was stayed due to a court challenge, the “re-evaluation” may mean that it will never be implemented as currently designed.

This was all done to facilitate increased exploitation of coal, a major contributor to climate change. Although coal has declined in the U.S. largely due to market forces rather than environmental regulations, if regulations could be cut enough to increase our reliance on coal, it would increase the emissions that fuel climate change.

What can be done?

The federal government may no longer have obligations under the Paris Accord, but it still has obligations to its citizens under the U.S. Constitution. In the Our Children’s Trust litigation, the U.S. district court recently held that

[w]here a governmental action is affirmatively and substantially damaging the climate system in a way that will cause human deaths, shorten human lifespans, result in widespread damage to property, threaten human food sources, and dramatically alter the planet’s ecosystems, it states a claim for a due process violation.

In other words, when a governmental action or inaction threatens a fundamental right, such as the right to life, the U.S. Constitution requires the government to remedy these violations.

The same court also held that natural resources, such as water and wildlife, belong to the people, current and future. It explained that the government acts as the trustee of these resources, and therefore is responsible to ensure that current and future generations are able to enjoy them. This obligation is bestowed upon the government under the public trust doctrine and cannot be legislated away. It predates the Constitution and is secured by the Constitution, said the court.

The plaintiffs in this case are children, who will bear the brunt of climate change, and the federal court recognized that they have a case against the federal government for taking actions that endanger their future. This latest gift to children on International Children’s Day only makes their case stronger. 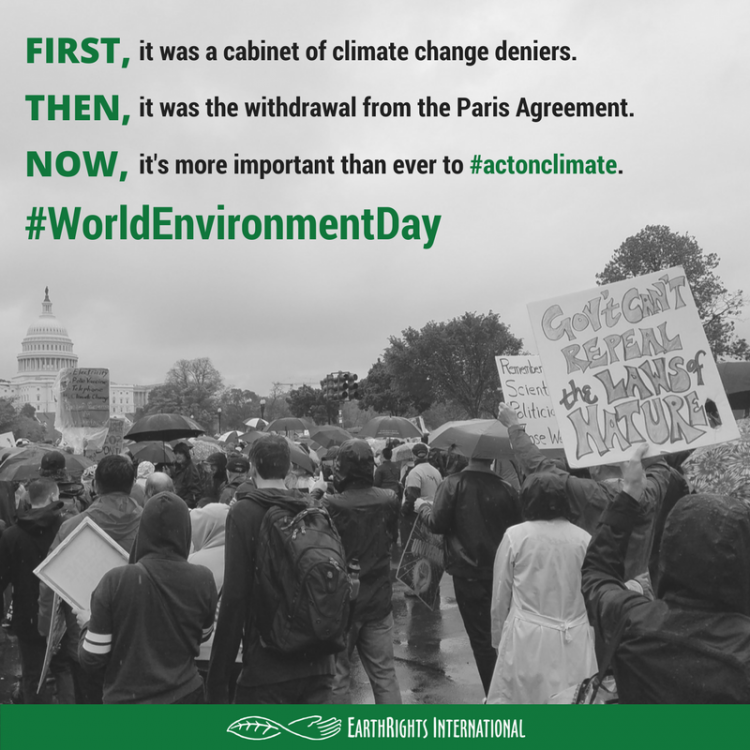