Home > Blog > The International Finance Corporation is Not Above the Law

The International Finance Corporation is Not Above the Law

ERI represents subsistence fisherfolk and farmers whose livelihoods have been destroyed by the IFC-funded Tata Mundra Ultra Mega coal-fired power plant in Gujarat, India. IFC knew from the get-go that this was a high-risk project, but provided the key funding anyway, without taking reasonable steps to protect the project’s neighbors, in violation of its own policies.

IFC says that it can never be sued, no matter how many people it harms. And a federal district court agreed, concluding it was required to find the IFC “absolutely immune,” based on previous decisions of the D.C. Circuit. But this “absolute immunity” directly conflicts with Supreme Court precedent and with IFC’s own mission to serve and protect IFC project’s neighbors. So we appealed.

We spent months writing briefs explaining that the broad immunity the IFC claims for itself has no basis in law. And now a three judge appeals court panel has heard ERI (and the IFC) argue their case, in a wide-ranging hearing that, while scheduled for 20 minutes, lasted almost an hour.

It is always hard to tell from an oral argument which way a court will decide, and I am certainly not going to speculate here. We had the better argument, but we won’t know if the Court agrees until it rules.

There are, however, two observations about the hearing that I can make without reservation. First, it was disappointing that the IFC doubled-down on its efforts to downplay the importance of the environmental and social commitments IFC makes to local communities. IFC has repeatedly said that those commitments are central to its mission, and IFC management’s willingness to deny that in this case only highlights just how much local people and the IFC as an institution need suits like this one.

Second, it was particularly gratifying that so many people came out, and even waited in line, to watch the argument. Some of them are friends of ERI who have devoted their careers to trying to get the IFC to do the right thing.

The Court is not expected to rule for months, but the plaintiffs are optimistic. “This is a fight for our lives and livelihood,” said Gajendrasinh Jadeja, the head of Navinal Panchayat, a local village that is a plaintiff in the case. “We will continue our struggle for justice and we believe we will prevail.” 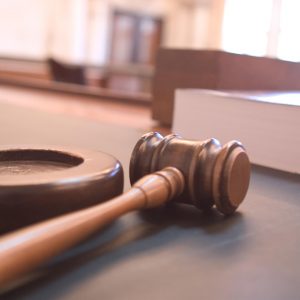 Three Steps Forward, Two Steps Back: This is What the Fight for Corporate Accountability Looks Like 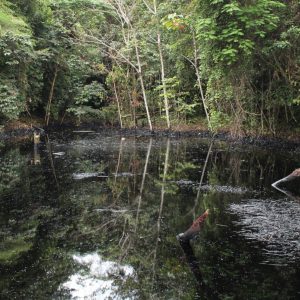