Myanmar’s Kayah State is primarily the home to the Karenni ethnic groups. It is bordered by Thailand’s Mae Hong Son Province on the east, famously known for the refugee camps of civilians from Myanmar who have called Thailand their home for decades.

Karennis suffered many human rights abuses by the Myanmar military junta and armed forces. It comes as no surprise then that throughout the years many of our students at the EarthRights Schools  (ERS) have been from Kayah State, and that together, a handful of them have started their own organization, the Kayah Earthrights Action Network (KEAN).

ERI is currently helping them with strategic planning support. I started meeting with them six months ago as part of long-term support to create an effective earth rights defenders network. I had studied their organization and learnt about their advocacy but I did not know the people behind the struggle. This left me with a feeling of both eagerness and nervousness as I approached their office.

When I arrived the first time, KEAN’s members greeted me enthusiastically. Saw Eh Say, KEAN Coordinator and ERS 2011 alumnus, warmly thanked me for joining them. Khun Yo Thar, 2014 alumnus, passionately emphasized the importance of sharing about the environment at the grassroots level. His words painted a picture of the trainings ERI had helped him provide and the ensuing increase of knowledge in his community. Soe Moe Aung, 2010 alumnus, held his camera tightly as he provided an explanation of the films he made.  He expressed his belief that filmmaking will play a key role in a brighter future. Ah Mu Htoo, 2007 alumnus, described 8 years of cross-border activities and commitment to her people.

As the introductions continued, KEAN presented their new staff. Affected by mining and land issues in their respective communities, Poe Swe, Good Willer, and Jonny Min talked about the earth rights abuses that still affect conflict-ravaged Kayah State today. I sat with the KEAN staff, listening together intently to the real situation on the ground.

Once the workshop began, powerful voices filled the room with rich stories. Pride in successes soon came to the forefront as members spoke of breaking new ground in the defense of earth rights abuses by securing compensation for land confiscated to build a telecommunications post and registering land as customary forests. It left one question for me, what was driving this success in the face of great adversity? By the end of the workshop, I had my answer. In one exercise each member shared one word to describe the meaning of KEAN; the answer to their success was clear as member after member placed their word on the wall.

The answer is unity.

I have now met with their members many more times over the last six months and seen the inspirational words of their members turn into actions. Today, Soe Moe Aung is sharing his films at film festivals around the world. Saw Eh Say is attending the EarthRights School Myanmar Organizational Strengthening Training as he seeks to solidify a long-term foundation for the defense of earth rights in Kayah State. Ah Mu Htoo and Khun Yo Thar continue to lead and inspire their community with their ongoing work at the grassroots level protecting the environment and registering the people’s land. Together they are continuing to elevate the voices of their community. 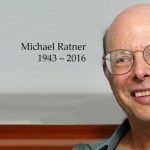 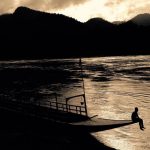 Story of a River Follower