A few hours ago, the Supreme Court issued a highly unusual order in the Kiobel case: the Court will not decide that case, on whether corporations can be sued for human rights violations such as torture and crimes against humanity, during this term. Instead, the Court will re-hear the case, and will receive entirely new briefing, to focus on a different issue: whether Alien Tort Statute cases can be brought in U.S. courts over abuses which occurred in other countries.

A few quick thoughts about this order: First, this may have been issued because the Supreme Court doesn’t want to rule in favor of corporate immunity for torture, but still wants to address some outstanding issues in these cases. They had another means of addressing this question if they wanted to: on Friday the Court considered taking the Sarei v. Rio Tinto case, which expressly raised the question of whether the ATS applied abroad. The Court didn’t rule on taking Rio Tinto. Instead, they kept Kiobel.

Second, there is little reason to believe that the Supreme Court will rule that no cases can be brought for torture abroad. When this issue was raised at the Kiobel argument, Justice Ginsburg noted that the seminal ATS human rights case, the Filartiga case, arose outside the U.S., and that the Supreme Court’s Sosa decision had indicated its approval of Filartiga. “I thought that — that Sosa accepted that Filartiga would be a viable action under the tort claims act.”

Significantly, Justice Kennedy, who may well be the deciding vote on this issue, seemed to agree: “I agree that we can assume that Filartiga is a binding and important precedent for the Second Circuit.” So the Court may be taking up this issue to clarify the law.

Third, this means that for those of us who have been fighting about Kiobel, the saga isn’t over! There will be another round of briefing, including amicus briefs, and a new argument, and this time the stakes might be even higher.

Update: Katie Redford, our US Office Director, has posted her thoughts on the Huffington Post. 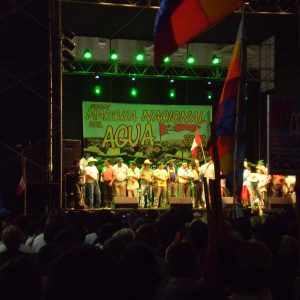