Supreme Court Preview: Is the World Bank Group Above the Law?

Home / Blog / Supreme Court Preview: Is the World Bank Group Above the Law?

Supreme Court Preview: Is the World Bank Group Above the Law?

That question is at the heart of our clients’ lawsuit against the International Finance Corporation (IFC), the private lending arm of the World Bank Group. The case, Budha Ismail Jam et al v. International Finance Corporation (IFC), will be argued on Wednesday before the U.S. Supreme Court. The Court has taken the case to decide if international organizations such as the IFC are absolutely immune from lawsuits in U.S. courts.

The petitioners are members of a fishing and farming community in India, represented by EarthRights International and Stanford Law School’s Supreme Court Litigation Clinic, in partnership with the law firm O’Melveny & Myers. We are arguing that the IFC – which is headquartered in Washington, D.C., and does much of its business here – can be sued in U.S. courts.

The suit arises out of the IFC’s reckless lending for a disastrous coal-fired power plant project that the IFC helped build on the coast of Gujarat, India. In addition to being a financial disaster, the project has destroyed natural resources relied upon by generations of local families for fishing, farming, salt-panning, and animal rearing.

For years, the IFC has branded itself as a global leader in responsible business. Its Performance Standards for social and environmental risk management have become the industry standard for responsible financing of projects like roads, pipelines, and power plants. The IFC has not always practiced what it preaches, occasionally pursuing investments despite knowing quite well that they will bring enormous harms to local communities. The Jam case is the result of one of these projects.

Budha Ismail Jam and other community leaders first brought their concerns to the IFC’s internal grievance office, called the Compliance Advisor Ombudsman (CAO). The CAO conducted an investigation and sharply criticized the IFC’s handling of the project, recommending a number of ways to remedy the situation. But the IFC’s management chose to disregard the findings.

Left with no other practical remedies, Jam and the other community members turned to the U.S. courts, asking for compensation for the damages they have suffered.

In court, the IFC did not deny its wrongdoing. Instead, it claimed that it was entitled to absolute immunity from any lawsuits.

In May, the U.S. Supreme Court agreed to hear the case. In July, the U.S. Government expressed support for our clients’ position, which is consistent with the position that the State Department has held since 1952.

In court, the IFC has argued that it needs absolute immunity from lawsuits in order to fulfill its mission as a development organization. In particular, the IFC argues that this case could open up the floodgates to a deluge of lawsuits that would overburden the institution with litigation costs and make the IFC less willing to invest in risky projects. This argument is based on sweeping and unsubstantiated assumptions. In fact, if our clients win, the IFC will still have a great deal of control over how many lawsuits it faces. If the IFC’s management takes the CAO’s recommendations seriously, for example, most communities will prefer to use this faster, more efficient internal process to resolve their grievances. They would only turn to the courts as a last resort.

Moreover, multinational corporations and commercial banks operate profitably around the world, on the exact same types of projects that the IFC finances, without the benefits of immunity.

And this case is about much more than the IFC, or even the World Bank Group overall. The IFC’s position would give international organizations absolute immunity for everything they do – even if their negligence injures people here in Washington, D.C., or if they decide to open a commercial business on the side, or if they finance harmful projects here in the United States (and some international organizations do finance projects in the U.S.).

In the runup to this week’s Supreme Court hearing, the IFC has announced a series of new policy reforms that strengthen its social and environmental commitments, an effort that is undoubtedly motivated in part by a desire to look its best before the Court. These reforms look good on paper and are welcome news. But for our clients in India, this is too little, too late.

Nothing has changed on the ground for the people in India who have been devastated by this coal-fired power plant. These people still have not received justice.

Nor has anything changed for the petitioners in another case that EarthRights International has filed against the IFC and its wholly owned subsidiary in Delaware. This case, which is on hold in U.S. federal court until the Supreme Court issues its ruling in Jam, involves a longtime IFC client’s use of death squads and paramilitary groups to murder and terrorize farmers in Honduras.

Fortunately, if our clients win, the IFC will win, too. The IFC will be better positioned to fulfill its poverty alleviation mandate if it is more accountable to the people whose daily lives are transformed by its investments. And the same will be true for other international organizations because accountability tends to ensure responsible behavior.

Interested in learning more? Read this article by Barry Yeoman in The Nation.

And check out “The World Bank Shouldn’t Hide When It Funds Projects that Harm Communities,” by Vivek Maru, CEO of Namati, in The Washington Post. 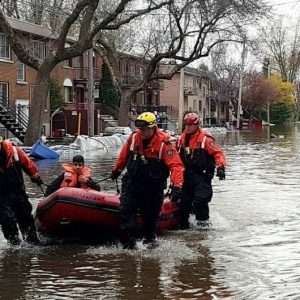 Climate Change: Every Fraction of a Degree Now Matters 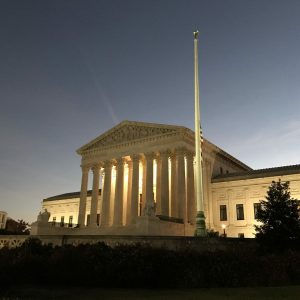