Home > Blog > Support Builds for Case Against Exxon in Colorado

The Case For State Court

First, a brief recap of where we are. If you already follow the procedural details of landmark lawsuits, you may know that EarthRights filed the lawsuit on behalf of Boulder County, the City of Boulder, and San Miguel County, Colorado, in May 2018, in Colorado state court.

These communities want a Colorado judge and jury to consider whether oil companies Exxon and Suncor bear some responsibility for the costs of climate change. Instead, the oil companies immediately moved the case to federal court. In September 2019, our federal judge ruled that this was improper, and sent the case back to state court.

With our case now proceeding in Colorado state court, we are in the middle of submitting briefs on a number of initial issues in the case. At the same time, however, the oil companies have also appealed the federal court ruling – arguing that the case should still be in federal court. That appeal goes to the 10th Circuit Court of Appeals.

Where We Are Now

This week, supporters of the case filed four amicus briefs at the 10th Circuit– evidence of a growing movement in support of climate accountability.

One of the briefs was filed by the National League of Cities – an association of more than 19,000 cities and towns – along with the U.S. Conference of Mayors (USCM), which brings together mayors of about 1,400 large and medium-sized U.S. cities, and the International Municipal Lawyers’ Association.

This brief follows on a resolution adopted by the USCM last summer, which supports  “the rights of cities to have access to the courts to resolve disputes over climate change-related damages and adaptation costs.”

Support From The Community

In addition to the strong support from cities across the nation, the case also received support from Colorado Communities for Climate Action (CC4CA), a coalition of 32 local governments across the state of Colorado.

As for the other side? A single amicus— the U.S. Chamber of Commerce weighed in to support the oil companies. That’s no surprise; the Chamber has a history of climate denialism and attacking any calls for policies to curb carbon emissions.

We’re thrilled to see this outpouring of support for the case, defending the principle that communities across the U.S. have the right to go to court – under state law – to seek remedies for climate harms. This is yet one more piece of evidence that the tide is turning on climate; our future depends on it. 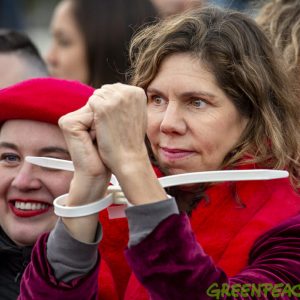