In early October, EarthRights posted a feature (called Money, Guns, and Gas: South Korea’s Relationship with Burma’s Military) about a South Korean investigation into allegations that Daewoo International and other Korean companies were illegally exporting military munitions technology to Burma’s ruling military regime. Today, both The Korea Times and the Irrawaddy News Magazine reported that fourteen high-ranking officials from seven South Korean companies, including Daewoo International President Lee Tae-yong, have been indicted on charges of involvement in the construction of arms factories in Burma and other related offences.

According to The Korea Times, the 14 were charged with violating strategic goods regulations and fabricating export documents. This verdict is the first time Korean companies have been named in legal action involving the unauthorized export of strategic goods and technology that could be used to build arms factories overseas.

Click here to read the full article in The Korea Times. 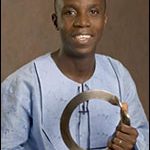