The Chamber of Commerce is dreaming- not of a white Christmas- but of a world where corporations aren’t liable for their human rights abuses.  We recently filed a Freedom of Information Act (FOIA) request – FOIA is a transparency law granting the public access to documents and information in the Government’s possession – looking for information on the U.S. government’s amicus brief in Kiobel v. Royal Dutch Shell.  Kiobel is the recent and now-infamous Supreme Court decision that narrowed – to a yet-to-be-determined degree – the extraterritorial reach of the Alien Tort Statute (ATS), a law that has been used to compensate non-US human rights victims for decades.

Our FOIA request unearthed a memo the Chamber of Commerce sent to the US Government encouraging them to oppose ATS extraterritoriality.  I shouldn’t be surprised by the Chamber’s positions about corporate accountability, and yet . . . I am always disappointed.

The Chamber basically thinks that we shouldn’t make corporations pay for their human rights abuses, because corporate investment is what is really needed in places in the world where human rights abuses occur.  This is the same old (and silly) adage that “a rising tide raises all ships.”  Even if there were any merit to it abstractly, it surely has no bearing on the conduct underlying most ATS suits.

In the Chamber’s bizarro universe, innocent companies are being slapped with ATS suits just for innocently doing business in countries with poor human records.  Not so.  ATS liability is quite narrow – an ATS claim exists only for violations of a few concretely established norms of international law, like torture and crimes against humanity.  And a company is only liable if they have themselves committed one of those human rights crimes (read: supporting and profiting from slavery or aiding and abetting warlords) and actual have people have suffered from those acts (read: raped, tortured and murdered).  While the Chamber wants us to believe that “free trade makes free people,” it shouldn’t take a Rhodes scholar to know that free people aren’t made through slavery.

The real takeaway is this: the Chamber does not believe that corporations should be subject to liability in court or have to pay for the actual costs of their operations.  When Nestle profits from slave labor in the Ivory Coast, or Chiquita funds paramilitaries in Colombia to suppress labor organization, these companies disguise the true the cost of the goods they produce. And for all the “blah blah blah” coming out of the Chamber about free enterprise capitalism, they want subsidies . . . those subsidies just happen to take the form of immunity rules that are paid for by the victims of their operations in places where few eyes peer. 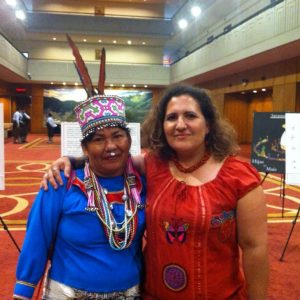 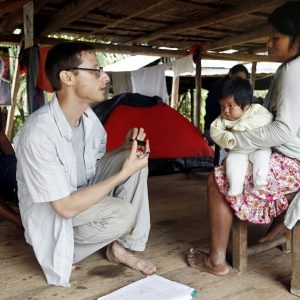 The “best” law firms? What do lawyers really value?