ERI has joined a number of environmental organizations expressing concerns about the nomination of Judge Neil Gorsuch to the Supreme Court. We agree that Judge Gorsuch’s record “shows an alarming determination to close the courthouse doors to those seeking to defend their rights under the Constitution and the laws that protect essential values, from clean air and water to fair labor practices to civil rights.”

But perhaps the biggest reason to oppose Judge Gorsuch is that his professed judicial philosophy is essentially fraudulent, especially when it comes to giving rights to corporations.

Judge Gorsuch describes himself as an “originalist,” and at his confirmation, rejected the notion that originalism was a partisan or ideological concept. Instead, Gorsuch claims that his decisions are rooted in discerning the original meaning of the Constitution.

That’s hogwash, as an examination of one case reveals. The Hobby Lobby case is best known for the Supreme Court’s decision in the case, in which the court decided that a closely-held corporation was entitled to resist the contraceptive coverage mandate of the Affordable Care Act based on the religious beliefs of the corporation’s owners.

But before it came to the Supreme Court, Hobby Lobby was decided by the Tenth Circuit Court of Appeals, the court on which Judge Gorsuch now sits.

Judge Gorsuch both joined the majority opinion striking down the contraceptive mandate, and wrote his own separate concurring opinion. Both are highly problematic for a number of reasons, but the majority opinion is the most troubling for the way it interacts with Gorsuch’s professed “originalism.”

The Tenth Circuit – including Judge Gorsuch – rejected this view, finding that business corporations were no different than churches, which do have free exercise rights. This makes a complete hash of corporate history, and certainly cannot be defended as “originalist.”

When the First Amendment was adopted in 1791, business corporations were almost unknown. Only about 300 corporations existed in the U.S. by the end of the 18th Century, mostly for provision of public services. At that time, corporations needed to be chartered by the government. (Fans of the late Alexander Hamilton may recall that part of his epic fued with Aaron Burr stemmed from an incident where Burr secured Hamilton’s and others’ support for a corporate charter in order to start a water company for Manhattan, but secretly changed the charter to include banking and then opened a bank instead – the bank that ultimately became today’s JPMorgan Chase.)

The first general incorporation law – allowing business corporations to form without a specific charter from the government – was not passed until 1795, in North Carolina. Widespread adoption of this approach was slow – by 1837, less than half the states had adopted such a law.

So the notion that people could just choose to incorporate as a form of doing business would have been completely unknown at the time of the First Amendment.

Incorporated churches, on the other hand, have been known since the Middle Ages.

The Hobby Lobby decision accepted that the First Amendment extends religious rights “to associations like churches – including those that incorporate,” as well as to individuals operating for-profit businesses. It found that there was no reason, based on these facts, to exclude business corporations from religious rights.

But there’s a very good, blindingly obvious reason for this, especially if you’re an “originalist.” Both incorporated churches and individual businesspeople were common at the time of the First Amendment. Business corporations were not.

So Judge Gorsuch’s position that a distinction cannot be drawn between the religious exercise rights of religious corporations and business corporations either shows a willingness to jettison “originalism” in favor of an ideological position, or a degree of incompetence that is equally concerning in a potential Supreme Court justice.

There are plenty of reasons to oppose Judge Gorsuch based on his judicial philosophy and ideology. But it should be disqualifying for a judge to claim that his decisions are compelled by some sort of impartial judicial philosophy like “originalism” and then selectively apply that philosophy to reach the result he favors. 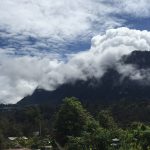