Home > Blog > Reevaluating Sri Srinivasan – Should a Lawyer who Defended Corporations Accused of Human Rights Abuse be the next Supreme Court Nominee?

Reevaluating Sri Srinivasan – Should a Lawyer who Defended Corporations Accused of Human Rights Abuse be the next Supreme Court Nominee?

Back in 2013, when attorney Sri Srinivasan was nominated to be a judge on the D.C. Circuit Court of Appeals, ERI formally opposed his nomation. We were concerned, in particular, that Srinivasan had been “one of the principal architects of a corporate strategy to undermine the ATS [Alien Tort Statute] as an avenue for victims of human rights abuses to seek justice.” Srinivasan was confirmed, however, and is now being talked about as a possible Supreme Court nominee following the recent death of Justice Antonin Scalia.

After evaluating Srinivasan’s record on the D.C. Circuit, we’ve reconsidered our position. We’re not endorsing any candidates for the Supreme Court, but we do not oppose Srinivasan’s nomination, although we continue to believe the Senate should receive full information about his work as a government lawyer that may have benefited his former corporate clients.

We still firmly believe that courts make better decisions when judges have a background in working with the most vulnerable in our society, rather than the most powerful. But, on the bench, Srinivasan has demonstrated that he is a fair and thoughtful jurist who is not held captive by the interests of powerful corporations.

As we noted originally, Srinivasan represented corporations accused of human rights abuses such as ExxonMobil, and argued that the Alien Tort Statute should not allow these corporations to be held liable to victims of abuse. He later served in the Solicitor General’s office at a time when that office wrote briefs to the Supreme Court on issues of corporate liability and extraterritoriality of the ATS – positions which would affect his former corporate clients.

If Srinivasan is nominated, the Justice Department should disclose his participation, if any, in formulating these positions, before any action is taken on that nomination. ERI previously submitted Freedom of Information Act requests seeking these documents; today, we renewed one FOIA request specifically directed at Srinivasan’s participation. The Senate should ensure it has full information before advancing Srinivasan to the highest court in the land. 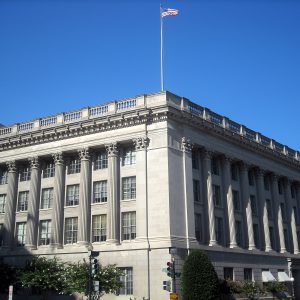 U.S. Chamber of Commerce Should Support Its Own Members by Supporting Reporting Requirements in Myanmar 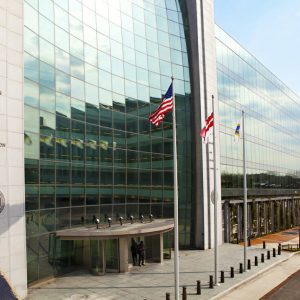 Extractive Industries Need to Be More Transparent With Payments