Home > Blog > Post-Kiobel Roundup: Apartheid Case is not Dismissed, but may soon be; Some Positive Decisions from Other Courts

Post-Kiobel Roundup: Apartheid Case is not Dismissed, but may soon be; Some Positive Decisions from Other Courts

The first wave of decisions interpreting the Supreme Court’s ruling in Kiobel continues to come down, and it’s a mixed bag. Perhaps most important is a terrible opinion by the Second Circuit Court of Appeals, the court that issued the original Kiobel ruling, in the apartheid litigation. Two other decisions, however, give some hope that many human rights cases under the Alien Tort Statute (ATS) may continue after Kiobel.

Apartheid case is still alive, but the Second Circuit wants it dead

Rick and Michelle previously noted that the Sarei v. Rio Tinto and Al-Shimari v. CACI cases had been dismissed after Kiobel. The Second Circuit’s recent decision in Balintulo v. Daimler, which arises out of alleged corporate complicity in crimes of the South African apartheid regime, doesn’t dismiss the case, but it sends the case back to the district court and strongly suggests that the district court should dismiss it.

The Second Circuit – in an opinion written by Judge Cabranes, who wrote the original Kiobel ruling on corporate liability – interpreted the Supreme Court’s ruling to mean that ATS cases cannot proceed unless there is some wrongful conduct in the United States. This would overturn the seminal ATS decision, also issued by the Second Circuit back in 1980, in Filártiga v. Peña-Irala; that case involved torture in Paraguay, and the only connection to the United States was that the torturer was living here when he was sued.

But for weird reasons, the court did not actually dismiss the case. Instead, the opinion says that such a dismissal is available to the district court, and sends the case back to allow the district court to proceed. (Some news outlets reported that the case had been dismissed; that’s not true.)

This is technical, but this happened because the issue before the Second Circuit in this appeal was not the application of Kiobel, or extraterritoriality, but whether to issue a writ of mandamus to the district court on a different issue. The Court of Appeals denied the writ of mandamus because it said it could only issue that writ if there were no other options available, and that dismissal after Kiobel was available to the district court. This may well have been improper – courts are not supposed to use the denial of a writ of mandamus as an opportunity to interpret Supreme Court cases and issue important legal rulings. So the plaintiffs here will probably file a petition for rehearing to challenge this decision.

Other court decisions demonstrate that the ATS can still provide justice

It’s too soon to tell what the consensus will be about the meaning of Kiobel – and ultimately, the Supreme Court might need to take up another case to clarify it – but two recent decisions demonstrate that the ATS is still a valuable tool for justice and accountability.

In Sexual Minorities of Uganda (SMUG) v. Lively, a Massachusetts federal court allowed a case to proceed against prominent Ugandan anti-gay activist Scott Lively, who advocates the criminalization of sexual orientation and capital punishment for some same-sex acts. The judge ruled that the case, brought by the Center for Constitutional Rights (CCR), could proceed regardless of Kiobel because Lively is a U.S. citizen and because he took some acts in the United States.

A week later, in Ahmed v. Magan, a case brought by the Center for Justice and Accountability (CJA) on behalf of a law professor who was tortured in Somalia, the court awarded $15 million against a former Somali official now living in Ohio. In his August 20th decision, the judge rejected the application of Kiobel to the case, because the defendant was a permanent resident living in the United States, noting that the U.S. State Department has “stated its assessment that it is appropriate to give effect to the proposition that U.S. residents who enjoy the protections of U.S. law ordinarily should be subject to the jurisdiction of the courts.”

These decisions show that, at least for now, the door is not closed on using the ATS to gain justice for victims of heinous abuses. Indeed, last week CJA announced that it had filed a new ATS case against a U.S. citizen accused of torturing and killing leftist Chilean folk singer Victor Jara under the Pinochet regime.

ERI is also proceeding with our ATS case against Chiquita for funding paramilitary death squads in Colombia. In that case, the Eleventh Circuit Court of Appeals is now considering the effect of the Kiobel decision on the case. If the court follows the reasoning of the judges in the SMUG v. Lively and Ahmed v. Magan cases, our ATS claims against Chiquita should continue – and Chiquita won’t be the last corporation we sue for human rights abuses. 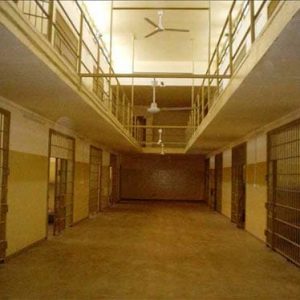 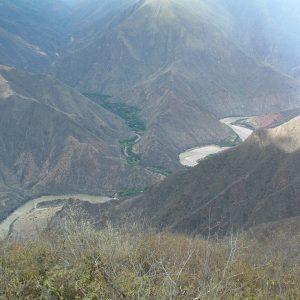 Down by the River: A Visit to the Proposed Chadin 2 Hydroelectric Dam Site