It’s only been one week and we’re already feeling the significant and detrimental effects of the Trump administration.

These projects carry serious environmental risks for us all, like increased greenhouse gas emissions and the potential to contaminate the land and rivers. They also pose a threat to the livelihoods and the rights of the communities whose land is tainted with dashed lines on blueprints, indicating the proposed routes for the pipelines.

Proposed by Canadian company TransCanada in 2008, the Keystone XL pipeline quickly became the topic of a contentious back-and-forth battle in Congress for the majority of President Obama’s time in office. In November 2015, after the project was halted so officials could review its potential impacts, Obama officially terminated plans to continue with the pipeline.

In addition to the potential environmental impacts, the $8 billion Keystone XL project will do little for the US economy or even US companies. It’s being built by a Canadian company, and it will decrease the costs for oil from tar sands – which directly competes with US petroleum. It’s not consistent with Trump’s pledge to fight for American jobs.

The Standing Rock Reservation in North Dakota made headlines for several months last year as thousands of water protectors and those indigenous to the land came together to protest the pipeline. In October, after police used excessive force against peaceful protestors at Standing Rock and more than 100 were arrested, we wrote a letter to the owners of DAPL to remind them that they have a responsibility to stop the attacks.

We breathed a sigh of relief as the project was put on hold in November for officials to review the project’s plans due to heightened opposition.

With Trump’s Executive Order, with continued resistance at Standing Rock and around the country, the project will continue.

This is where we find ourselves one week into Trump’s presidency. With the stroke of a pen, Keystone XL and DAPL have been added to Trump’s to-do list, with complete disregard of our planet and the safety and rights of the people impacted by these projects.

We shouldn’t be surprised, though. Trump’s prior business endeavors could have predicted this pro-pipeline agenda – and it’s still possible that he is personally profiting from DAPL. He seems to have a cozy relationship with Kelcy Warren, Chairman and CEO of Energy Transfer Partners (ETP) – one of the primary companies behind DAPL – who donated one hundred thousand dollars in support of his presidential campaign. Trump himself also held stock in both ETP, and Phillips 66, a joint-owner of DAPL; while a spokesperson said he sold his ETP stock, there’s no word on whether he retained his Phillips 66 stock. Rick Perry, Trump’s pick for Energy Secretary, serves on the board of ETP.

Not long after Trump signed the executive orders on Tuesday, protesters quickly mobilized and rallies were held in various cities across the country, including Washington, D.C. and New York City.

This just proves how powerful we are. In a matter of hours, thousands had gathered to protest the executive orders. Our motivation and energy must not dwindle.

It’s only been a week, but we’re not going anywhere. 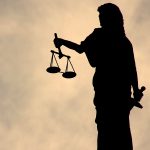 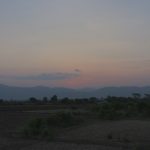 EarthRights International Condemns the Senseless Killing of Leading Myanmar Lawyer, U Ko Ni, and Calls for a Transparent Investigation