More Than a Rubber Stamp?: Environmental Impact Assessments and Hydropower Development on the Mekong River

Protection of the Mekong River has been an important part of ERI’s work for several years now, especially through the EarthRights School Mekong and the Mekong Legal Network (MLN).  Recently, I’ve been looking at the Environmental Impact Assessment (EIA) for the proposed Xayaburi Hydropower Project in northwestern Laos, the first of the 11 proposed dam projects in the lower Mekong basin—and what it says about prospects for protecting the Mekong.

First, some background.  The Mekong River is integral to the lives of over 25 million people who live along its corridor in Thailand, Laos, Cambodia and Vietnam.  Up to $1.5 billion dollars of fish are harvested from its southern waters annually, and more than one million people rely significantly or completely on this protein as a source of nutrition.  The river is also a major source of sediment for the fertile fields of the Mekong delta, a means of navigation for thousands of locals, traders, industries and tourists, and is the home of over 1,000 species of fish and other aquatic life, including the endangered Irrawaddy dolphin and the Giant Mekong Catfish.  It is the lifeblood of much of Southeast Asia.

As the Mekong River Commission (MRC) now meets with select “stakeholders” in Vientiane, Laos to discuss the ongoing development of large-scale hydropower projects on the Mekong, the livelihoods of the millions of stakeholders across the region, those who remain most vulnerable to the decisions now being made, lie in the balance.  This meeting is part of a process officially begun in 1995 at the signing of the Mekong Agreement, and now being led by representatives of the aforementioned countries who make up the MRC.  It is a process founded on noble principles: the recognition of the importance of a healthy and vibrant Mekong ecosystem; respect for the unique interests each country has in the sustainable development of Mekong resources; the need for practical and effective implementation of agreed-upon policies; and cooperation towards the realization of these goals.  However, 15 years on, the MRC and the countries it represents are at risk of compromising these principles, and allowing medium-term profit to cloak what will likely be long-term disaster.

The Xayaburi EIA demonstrates the failure of the MRC member countries to take the Mekong Agreement seriously.  Project implementers will likely extol its comprehensiveness, and others may find it adequate that an EIA was conducted at all; however, those interested in genuine analysis and informed decision-making cannot be so accommodating.

The Xayaburi report, while thick, technically sophisticated, and facially thorough, fails to meet the basic standards of scientific research and analysis conducted in good-faith.  Of many inadequate aspects to the report, there are a few that stand out: the report’s failure to consider any alternatives to the project, or the alternative of “no action”; the misleading characterization of the dams as “run of river” dams when they will actually create large reservoirs; the failure to address the impacts on villagers downstream from the project; the failure to consider cumulative effects from other planned projects; the inadequacy of research on fish populations, habitats and migration along the river; and the lack of evidence as to whether the proposed fish passage system will actually be successful.  Not to mention very real concerns regarding the resettlement and compensation for hundreds of villagers directly affected by the project.

The necessity for clean and sustainable energy sources to support development and growth in Southeast Asia is unquestioned, however the means pursued must reflect the true environmental and social costs of these sources.  The principles of the Mekong Agreement, the constitution, national laws, and administrative regulations of Laos and other MRC countries, require that EIAs be unbiased, accurate, thorough, and part of an overall pre-project decision-making process, rather than an afterthought to an preordained course of action.  Project implementers and MRC member nations must invest in EIAs that are proportional to the multi-million dollar financial costs of these dams, the potential multi-billion dollar costs to local communities and future generations, and the priceless nature of the world’s ecological resources.  Additionally, MRC countries must broaden their vision to include methods of increasing energy efficiency and better utilizing existing energy sources, rather than immediately turning to large-scale infrastructure projects.

These are only a few of the shortcomings that must be highlighted by the community organizations, NGOs, lawyers, politicians and concerned individuals who are living the principles of the Mekong Agreement in trying to hold leaders accountable for their promises and obligations.  They are also just some of the issues that the MRC member countries have an opportunity discuss and take seriously as they gather now in Vientiane, as discussions continue into the future, and as critical decisions are made.  MLN will continue to help all stakeholders understand their rights and responsibilities, to help those unrepresented find a voice to express them, and to work with groups and individuals as a force for accountability, community representation, uncompromised principles and real sustainability.

More information on the Mekong and its proposed dams are available from International Rivers, Mekong River Commission, World Wildlife Fund, Australian Mekong Resource Center, and Save the Mekong.

Guest blogger Nathan Collins is a law student at the University of Washington in Seattle where he is a board member of the Center for Human Rights and Justice. He graduated in 2004 with a BA in international relations from the College of Wooster in Ohio and spent the following five years working on human rights and humanitarian relief for displaced communities in Thailand and Burma. He is currently interning with ERI’s campaigns team in Thailand, researching Environmental Impact Assessments for hydropower projects in Southeast Asia. Nathan grew up in Thailand and speaks English, Thai and Karen. 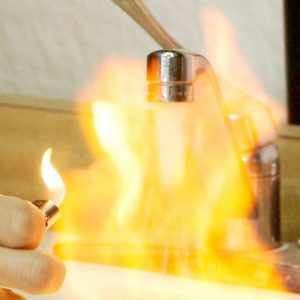