Recently, I watched this video on The Guardian purporting to document child labor in sugar plantations in Koh Kong province, Cambodia.  Sugar is big business in Cambodia. Sugar plantations have forced many local farming communities off the lands they have lived and worked on for generations, leaving them destitute and without means or livelihoods. The video highlights one of the ways land concessions have affected children as a result: many children are forced to leave school at a young age and seek work to support their families. With limited opportunities to make a living, children work on the plantations of the very companies who have taken their family land, in order to earn enough to survive.

Companies and communities disagree over allegations

In 2006, in Koh Kong and other areas where land concessions seized land for sugar production and export, hundreds of families were violently evicted from their land. When KSL, one of the companies granted land concessions for sugar plantations, came to the Koh Kong community, it bulldozed the land without any notification or consultation with the local people and without conducting any environmental impact assessment. The community has suffered from the forced evictions and seizure of farmland for years and their situation remains unresolved. Refined sugar from the plantation has been shipped to Tate & Lyle, a UK company and to date, the sole sugar purchaser from the plantations.   As the sole purchaser, Tate & Lyle has power  – and obligations under the UN Guiding Principles on Business and Human Rights – to influence the managers of the plantations and to ensure good practices are followed and human rights violations are addressed.

Tate & Lyle has vigorously denied the allegations published in the Guardian around the use of child labour and other human rights abuses associated with the plantations.  The company asserts that it has conducted numerous site visits to its supplier’s facility and commissioned a review by an independent, globally-recognized organization. Nonetheless, the identity of the independent organization who conducted this review for Tate & Lyle remain mysterious and the company has failed to any release further information about the details of the review, including process and findings.

Groups supporting the local communities, such as Equitable Cambodia (EC), Inclusive Development International (IDI), Community Legal Education Center (CLEC) and Cambodian League for the Promotion and Defense of Human Rights (LICADHO), note that they have no information as to the organization responsible for the review and the standards used in assessing conditions at the sugar plantations. These groups have issued a joint response to the company’s denials stating that that they hold irrefutable evidence, including photos, showing that the use of child labour on the Koh Kong plantations is extensive and ongoing.

Recently, Tate & Lyle was suspended from Bonsucro, a sugar industry initiative that promotes responsible practices among its members in order to ensure that all meet its standard and criteria for membership. Tate & Lyle were suspended because of a failure to comply with a request by Bonsucro to allow an investigation of the allegations against them.

Cambodia is a member of the Convention on the Rights of the Child (CRC) and its Optional Protocols. By accepting these treaties, the Government has made a legally-binding commitment to implement the rights in the treaties for the benefit of everyone in Cambodia. States parties to the Convention are obliged to give due consideration to the best interests of the child in developing and undertaking any action or policy which may affect children. Despite this, adequate standards in health care; education; and legal, civil and social services to address harmful practices such as the child labor in Koh Kong, have not been met or addressed by the government. Worse, there is no independent national human rights institution to promote and protect children’s rights and monitor abuses. Mechanisms at national level to ensure access to justice for children facing human rights violations are extremely limited or non-existent.

Words from a child working on the sugar plantations

“I don’t really like doing this, but I don’t have any money.”

“Before we had a lot. Our land was really big, we had lots of plants.”

“When we had our land, it was easier. Working for other people is hard and tiring. To earn much money, I will have to sweat maybe a hundred drops.”

“We have tried lots of things, but they wont’ give us our land back until someone can solve this.”

“I go to school once or twice a week. If I earn enough money from cutting sugarcane, I can go to study. But if I don’t have money, I have to go and cut more sugarcane.”

The voices of children from the video reflect a life caught up in a daily struggle for survival. At eleven years old, this young boy cannot attend school because his family can no longer afford his enrollment; therefore he has to leave study and help support his family to earn enough money to live. The video shows this young boy engaged in cutting, tying and carrying cane bundles and acting as second planter/picker, sprayer and grass cutter. At eleven years old, he performs tasks that require high levels of physical strength and dexterity, over long hours and days with no time for those things we regard as essential to what it is to be a child: to learn, and to play.

A child without access to education is a child lost. Education is critically important to and regarded as an indicator of a society’s social and economic well-being. Multinational companies cannot be allowed to benefit from lost childhoods and government can never be justified in enabling the use of child labor as treatment for the social disease of poverty. What we learn today directly impacts what we earn tomorrow and the quality of our lives in the future. Education is essential to improve lives in Cambodia and develop a knowledge based economy. Companies cannot avoid their obligations to respect the rights of children and must use the means at their disposal through their influence and leverage to support the elimination of the worst forms of child labor.

I would like to end the blog with a quote by Alexis Herman who is an American politician serving as the 23rd Secretary of Labor, saying that “If we cannot begin to agree on fundamentals, such as the elimination of the most abusive forms of child labors, then we really are not ready to march forward into the future.” 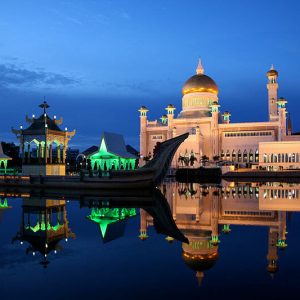 Hoping for a Sustainable ASEAN Community 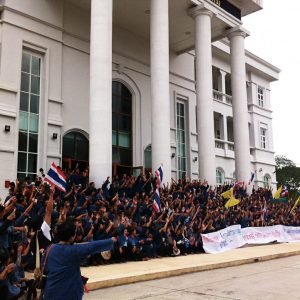