A group of Karen Indigenous communities campaigned to halt the construction of the Hatgyi dam in Ei Thu Tha village and celebrated the International Day of Action for Rivers March 14. The Hatgyi dam is one of the biggest dams on the Salween River that will destroy the livelihoods of thousands and hamper the peace process in Myanmar.

The Indigenous Karen communities from Thailand and Myanmar came together to fight against the Hatgyi dam, to be built on the Salween River. The planned hydropower Hatgyi Dam is located in Karen State inside Myanmar, approximately 35 km from Thai–Myanmar border, next to Maehongson province in northern Thailand. In Ei Tu Tha village, over a thousand people gathered on the bank of the Salween River to demonstrate solidarity to fight against the Hatgyi dam project and celebrate the International Day of Action for Rivers March 14. The spirit of International Day of Action for Rivers is to unite, take to the bank of the rivers, demonstrate and demand for transparency and accountability in dam decision-making.

The Salween River is known as the River of Life and Ethnicity. Its beauty is portrayed through films such as “Drowning in Thousand Islands[1]’, photography and songs. The Salween is the international river that supports lives of millions who reside along its riverbank, cherish diverse cultures and ethnicity. The Salween doesn’t stop at the border of Thailand and Myanmar — it lays itself as the border line and it provides fisheries and food to the riverside communities.

The celebration took off with a two-day youth camp with the goal to raise awareness for both Thai and Karen youth groups to understand how the river will change as a result of the Hatgyi dam project. “We Love the Salween” theme was portrayed into art and poetry to convey the Salween’s importance to their lives, well-being and their identities. Karen National Union (KNU), Karen Women Organization, Karen Environmental and Social Action Network, local forest protection officers, communities, Karen People Network Aboard and activists joined the Day and announced their joint position; united against the Hatgyi dam.

Hatgyi dam is a 100 billion Baht dam that has been commissioned by Electricity Authority of Thailand International (EGATi), China Sinohydro Corp, Myanmar’s Ministry of Electric Power and the International Group of Entrepreneurs. The Hatgyi dam is expected to produce 1,360 megawatts of electricity and more than 90% will be exported to Thailand. In May 2015, Thailand’s government released the Cabinet Resolution[2] to regulate Thai Outbound Investment overseas and recommended the principles of United Nations Guiding Principles on Business and Human Rights (UNGP). The Principles are overarching frameworks consisting of ‘Protect’, ‘Respect’ and ‘Remedy’ that comply with human rights standards. It is mandatory for Thai investors that operate overseas to comply with these principles.

In November 2015, there were clashes between Border Guard Force backed by Myanmar Army and Democratic Karen Buddhist Army near the planned Hatgyi dam site and nearby road access. The situation caused at least 3000 people to resettle due to the clearing of area for the dam and control of the road access[3]. Communities and activists are concerned that the planned Hatgyi dam has caused human rights abuses and has affected local livelihoods of Karen Indigenous communities. If the dam goes ahead, tens of thousands will need to flee their homes. Concerned community leaders and activists claimed that the Hatgyi dam is a cause for this violence. If the situation of conflict persists, it clearly hampers the peace process, which is the top priority agenda of Aung San Suu Kyi and her administration.

The statement from People’s Network of the Salween River, consisting of potentially affected people and civil society organizations, released in November last year has called for an immediate halt of the Hatgyi dam project as human rights abuse becomes more evident. The statement demands for Thailand’s government to revisit energy demands forecast and the policies around sustainable energy solutions and alternatives to dam building in the Salween river basin. 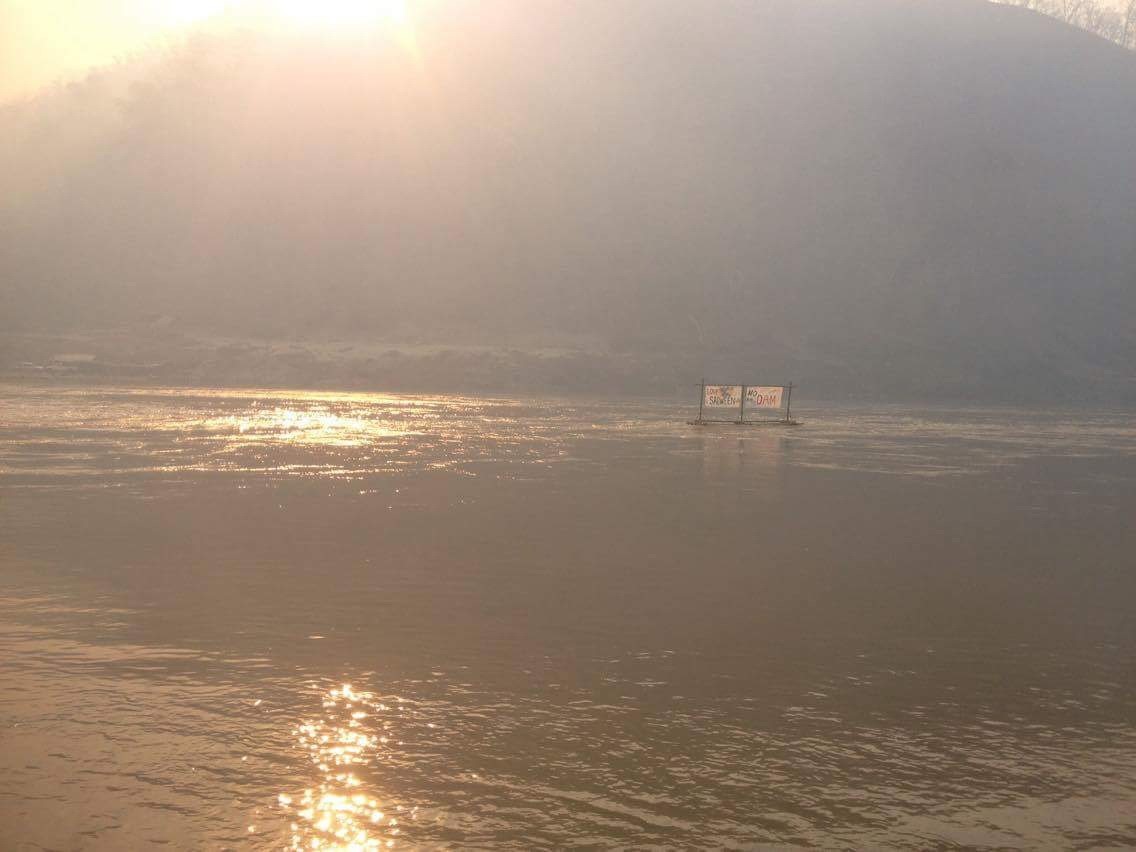 The river doesn’t stop at the border. Communities in Thailand that will be impacted by the Hatgyi dam share similar concerns. Although investors claimed the Environmental Impact Assessment (EIA) study of the Hatgyi dam in Myanmar was completed, experts from Chualongkorn University in Thailand have conducted an additional study for dam in Thailand, and both studies raised a number of shortfalls. “Communities were tricked to join the event. They were told to come to the meeting. They were filmed while raising hands and this was taken as communities giving consent to the project”, said Sathan, an activist supporting Karen communities in Thailand to demand for a more inclusive EIA discussion.

When asked about the project, “We know that there will be a dam construction nearby our village but we don’t know exactly the location, the detail of the project and the impact,” Naw Ae Lue Por, a community activist, said. She added that, “the project investor clearly lacks transparency and they never consult with us, the affected communities. I believe it is a role of the government to protect us and our natural resources but they seem to do nothing. They supposed to protect us from the bad investor but now we end up protecting ourselves and impacted by the government’s decision.” She voiced her deep concerns during her remarks. 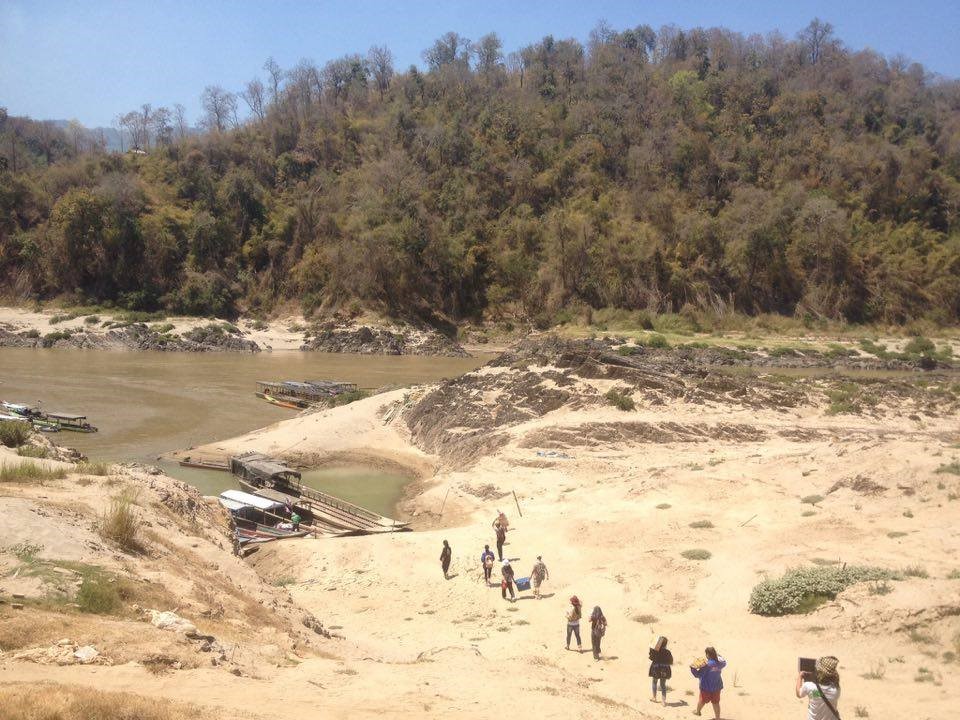 Kana, who represented communities affected by the dam, concluded, “Hatgyi is the result of agreement, signed in secrecy, between Burmese and Thai government. We — Karen — won’t get any benefits. We only get impacted.”

“If the dam is built, it is going to flood our villages and we don’t know where else we could go,” said Naw Ah Bo, a community organizer who used to volunteer for Karen Environmental and Social Action Network. 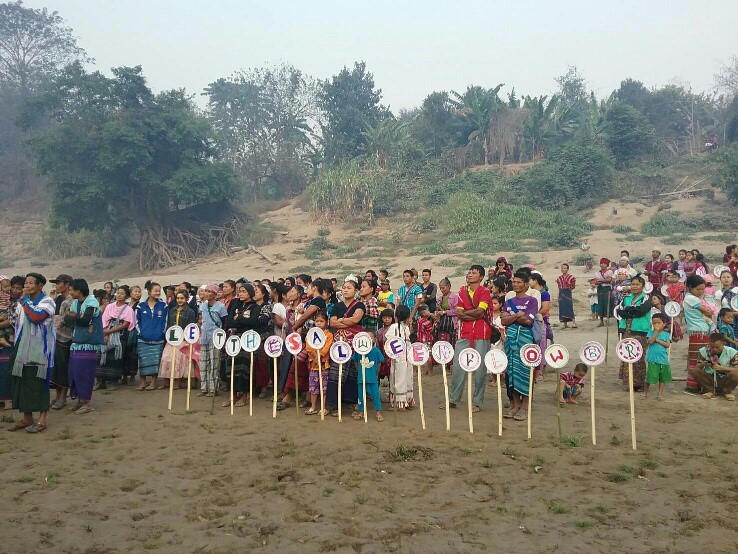 The Salween song came across our mind ‘Salween the River of Life”, written by Kru Ped from Ta Tafang village in Maehongson province. “Flow from Tibetan Plateau, Salween is the Sister of the Mekong, Salween cherishes my life. Salween: the River of Life”, sang by the Children’s Band who grew up in the Salween River Basin. 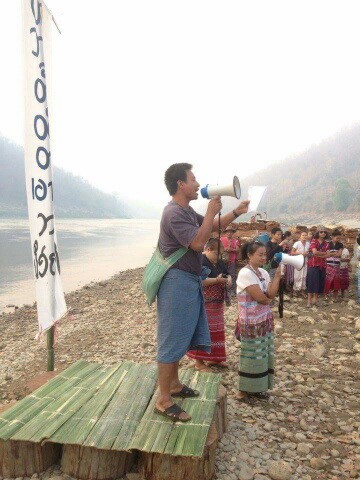 “There are no mechanisms in place to show that benefits of the dam will go to the Karen Indigenous communities. Clearly we are affected as resulted from their decision. This is utterly unjust.”

[3] Thousands of People Have Been ‘Displaced by Fighting’ in Eastern Burma, Times Magazine October, 13 2016 http://time.com/4529150/burma-fighting-hat-gyi-dam-karen-kayin-myanmar/