Our clients, Indian fishing and farming communities, filed suit in 2015 against the IFC for its role in providing the critical funding for a destructive coal fire powered plant in Gujarat, India that has destroyed their livelihoods and property and threatens their health. The Tata Mundra Power Plant project was supposed to provide affordable energy and improve the quality of life and standard of living of Gujarat’s poor. But the project has been, and remains, a failure. It has pushed many of the surrounding communities further into poverty, made them sick, destroyed their means of supporting their families, and made their environment dirtier and more dangerous. It’s also been a financial disaster, operating at a loss for its entire existence (the company announced last year it was trying to offload a majority of its shares for 1 rupee – less than 2 cents.) And the company has spent years trying to push the cost off to consumers by increasing the price they pay for electricity.

IFC’s own accountable mechanism, the Compliance Advisor Ombudsman (CAO), ultimately agreed with the community’s concerns about the harms they were suffering and called for the IFC to take remedial action. But the IFC simply rejected the CAO’s findings and refused to take any action. In cases where local communities have been harmed by IFC projects, including this one, the IFC has sometimes justified inaction by disclaiming any ability to affect the actions of the borrower or change the situation on the ground. But the IFC’s Loan Agreement for the Tata Mundra project, obtained by the plaintiffs in the course of the litigation, shows that is patently untrue. The agreement gives the IFC immense power and control over virtually all aspects of the project from the very beginning and throughout the course of the project’s life, including legal rights to compel compliance with the environmental and social conditions of the loan meant to protect the communities, and to require substantial changes in the design, operation of, and conditions at and around the plant that would remedy the worst suffering of the people living in its shadow.

Throughout this litigation, the IFC has never denied the harm our clients have suffered. Instead, it has argued it simply doesn’t matter because the IFC is immune from suit. Regardless of how much harm it causes to the people it is chartered to help, or how illegal its conduct, the IFC claims it simply can’t be held accountable by anyone or any court.

Although it recognized the “dismal” situation of the Plaintiffs, the U.S. Court of Appeals for the D.C. Circuit ruled last year that prior cases required it to find the IFC was “absolutely immune” from suit, and that it had not waived immunity in this case. One judge wrote separately, however, saying decisions giving organizations like the IFC broad immunity, and narrowing the scope of the provision in its founding treaty waiving immunity, were “wrongly decided” and should be corrected. The Plaintiffs filed a petition in January asking the Supreme Court to hear their case.

The amicus brief filed by the international law experts supports their petition, explaining how the D.C. Circuit’s decision is inconsistent with international law. Although international law recognizes international organizations should have certain limited immunities to enable them to carry out their functions, known as the doctrine of “functional necessity,” such immunities are intended to be limited only to what is absolutely necessary. It was never meant to deny access to remedies by individuals harmed by an organization’s reckless conduct. This doctrine is reflected in the treaty that established the IFC, in which its founders laid out certain immunities it considers necessary for the organization to functions – such as immunity of property from search and confiscation, protection of official communications, and immunity from suits by IFC member states – but also added a provision broadly waiving immunity from suits brought by anyone else.  The D.C. Circuit fundamentally misunderstood the doctrine and the clear language of the treaty.

Persons or entities that believe they are above the law behave is if they are; they have no incentive to act accountably or responsibly, to worry about the impact of their actions on others, nor even to carry out their mission as the institution’s founders intended. That’s a fundamentally dangerous way to run an institution that has as much power and influence around the world, and the ability to directly impact the lives of so many, as an organization like the IFC. Although founded with the purpose of alleviating extreme poverty and promoting sustainable development, the costs of the IFC’s arrogance and lack of accountability consistently falls hardest on the poorest and most vulnerable – the very people it is supposed to be helping.

Our clients hope the Supreme Court will take this case to fix this mess and to close the massive accountability gap for them and for other communities who are harmed by IFC when it fails to uphold the promises and commitments it makes to protect them and have no other avenue for redress. But with the IFC’s credibility increasingly in doubt, a measure of accountability is in the IFC’s interests, too. 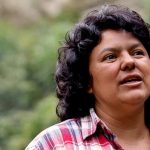 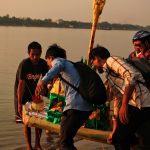