We were greatly saddened to learn of the passing of Larry Bowoto, who died on Tuesday night in Nigeria, his home. Larry was the lead plaintiff in Bowoto v. Chevron Corp., a landmark human rights case in San Francisco, which EarthRights and others litigated for over 10 years. Larry was a leader among the Ilaje people of the Niger Delta, who sought to protest against the disruption and damage that Chevron had brought to his community. In 1998, he led a nonviolent occupation of Chevron’s Parabe offshore platform. After Chevron called in brutal Nigerian security forces to remove the protestors, transporting them on Chevron helicopters, the soldiers began shooting the protestors. Two people were killed; Larry was shot and wounded. 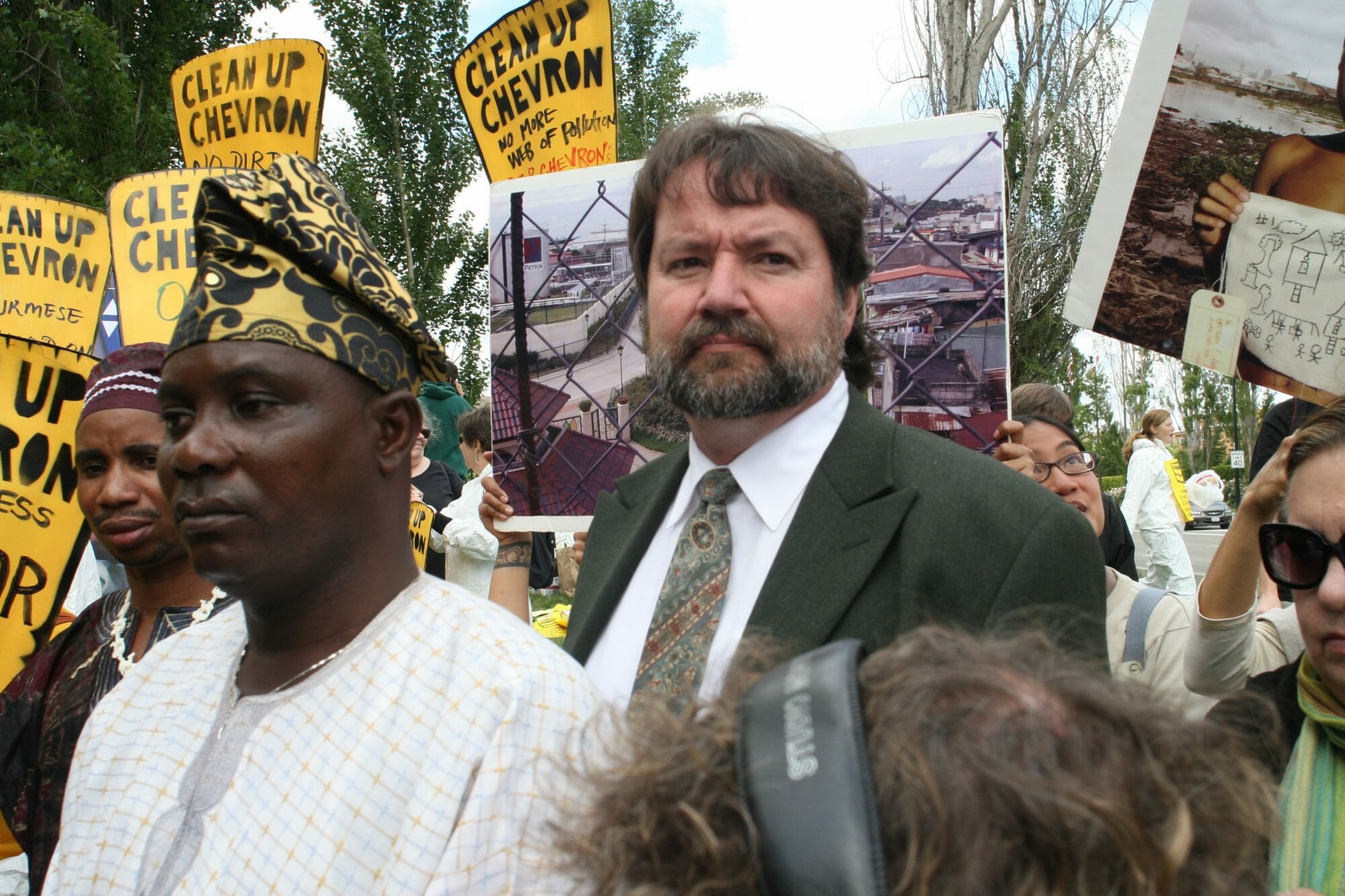 In 2008, the Bowoto case went to trial in San Francisco federal court. Larry and his fellow plaintiffs presented their case before an American jury, standing on equal footing with one of the world’s most powerful corporations. Unfortunately, the plaintiffs lost. But their time in California did not diminish their optimism or determination; instead, after the trial they left with the feeling that “the struggle continues.”

For 20 years, California attorney Bert Voorhees – one of the lead lawyers in the Bowoto trial – has worked with Larry, and was his close friend. He gave these thoughts after sharing the news of Larry’s death:

During the course of the case and when Larry stayed at my house on a couple of occasions, Larry and I became very close and I grew to love him and came to admire his joy in life, his wisdom and his determination. For many years we talked almost weekly and currently talked once or twice each month. Larry was truly a great man and a leader for the Ilaje people. He put his life on the line at Parabe Platform, advancing toward the soldiers after they opened fire, hoping to convince them that the Ilaje were peaceful protestors and that the soldiers should cease firing. He was a leader in the Ilaje youth community at the time we first met him and became an even more important figure in the community from then until the present time.

When the injuries he sustained at Parabe persisted, he traveled to the United States to receive medical care, despite his reticence about speaking English and never having traveled outside of Nigeria. After that surgery and with only small financial assistance from my father, Larry rebuilt his small fishing boat parts business and helped his wife re-open her pharmacy business.

He had an amazing sense of humor and would needle me about various things whenever we talked, always inquiring about our cat and dogs, and asking what they had “said” recently. He also routinely asked about many of the other lawyers during these calls. He never asked for funds. In short, across time, Larry became my brother and it is hard for me to picture a world in which there is no Larry Bowoto.

Larry was truly a hero among his people and for bringing global attention to abuses in Nigeria, and we will miss him.