Last month I was thrilled to join with allies and activists from Fridays for Future in Turin, Italy for the global climate strikes, where youth from around the world came together to raise their voices and demand that elected officials take urgent action to address the climate crisis. But the right to speak out like this is increasingly under threat. Civic space around the world is shrinking and our right to safely protest is under attack. Since the 2016 presidential election, Republicans legislators in nearly 20 states have introduced or voted on legislation to curb protests. Meanwhile, corporations are seeking to silence activists such as Krystal Two Bulls, who stood up to Energy Transfer Partners at the historic Standing Rock protests, with abusive SLAPP lawsuits for doing nothing more than defending their lands and communities. That’s why we joined with allies within the advocacy community last year to create the Protect the Protest Task Force. 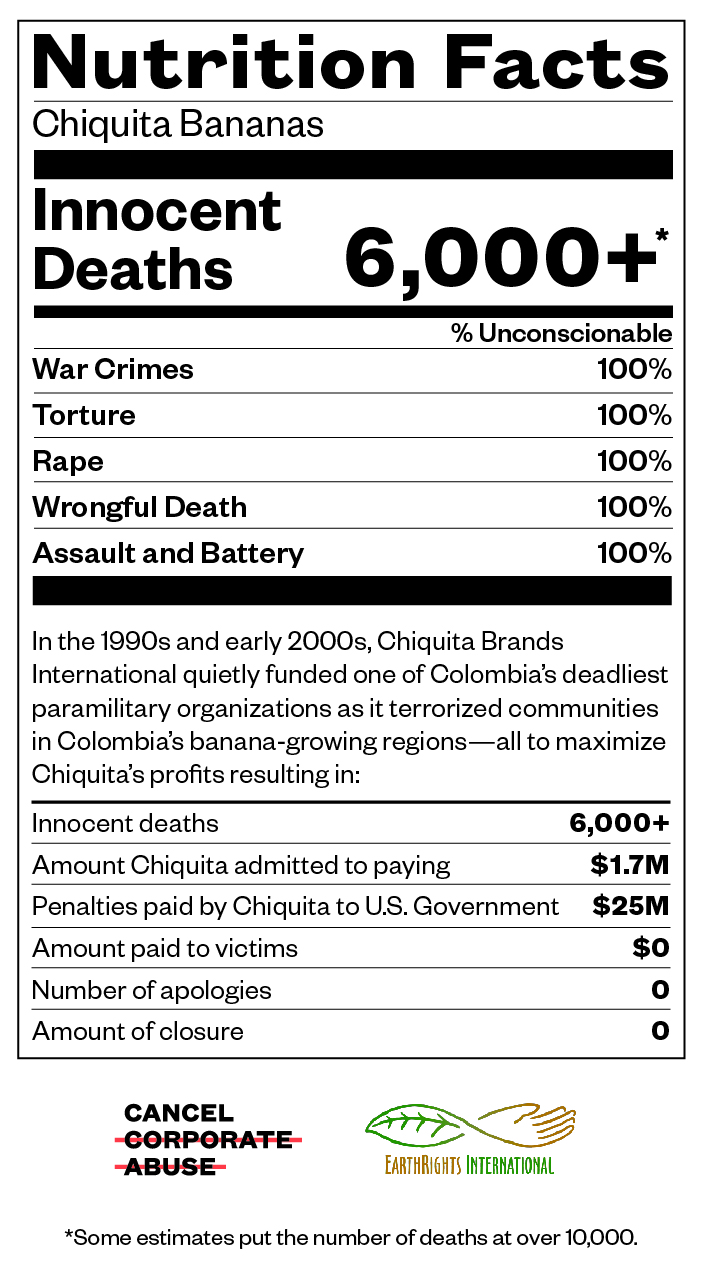 Space for environmental defenders to speak out against extractive industries or abusive government practices is even smaller in many other parts of the world. Last year, at least three people were killed each week for defending their lands and communities against extractive industries such as fossil fuels and agriculture. The situation is particularly dire in Colombia, currently the deadliest country Latin America for environmental defenders, where two dozen people were killed last year for trying to protect their lands and our environment from corporate exploitation. Human rights abuses are so egregious there that earlier this year, the UN Human Rights Office called on Colombia’s authorities to make a serious effort to address this escalating crisis.

Nobody understands the dangers of protecting local communities in Colombia more than the families of those killed by the United Self Defence Forces (AUC), Colombia’s deadliest paramilitary organization. Led by the infamous Castaño brothers, the AUC was notorious for horrific mass killings of trade unionists, banana workers, political organizers, and social activists. And while you might not necessarily associate paramilitary organizations with wholesome, household brands, the AUC is forever tied to a ubiquitous product found in many lunch boxes and fruit bowls–Chiquita bananas.

Despite its family-friendly image, for nearly a decade in the 1990s and early 2000s, Chiquita Brands International secretly made monthly payments to the AUC totaling at least $1.7 million. In turn, the AUC tormented communities in Colombia’s banana-growing regions. The scale of atrocities was horrific–thousands of people were killed, tortured, and raped. Chiquita took advantage of civil conflict there to purchase land at lower prices. It then paid the AUC and other paramilitary groups to ensure a smooth operating environment to grow its bananas. Chiquita ultimately pled guilty to funding these groups and paid a $25 million criminal fine to the U.S. Justice Department. Not a cent of that money went to help the families of the AUC’s victims, although thousands of cases against Chiquita are currently in litigation.

For far too long, corporations have acted above the law. Exxon knew of the connection between fossil fuels and climate change and covered it up. Cargill was named the Worst Company in the World by Mighty Earth for its role in contributing to deforestation in the Amazon. We live in an era where corporations act with impunity and have typically considered the harms that their practices inflict on people and the planet the cost of doing business.

We live in difficult times. The Amazon continues to burn and it often feels like political systems everywhere are also going up in flames. More than ever, we need to take action to protect our environment and the rights of communities from irresponsible corporations. The climate strikes sent a clear message that the public will no longer tolerate corporate attempts to trash the planet and trample on the rights of people and communities, but we need our elected officials to step up and do more. That’s where you come in. Contact your member of Congress and urge them to take action to stop corporate human rights abuses.