Last week, we responded to the International Finance Corporation’s (IFC) grandiose claims of “absolute immunity” from any and all harms caused by the projects it finances. Our brief, filed in Jam v. International Finance Corporation, argues that the IFC is not immune from suit for its role in funding the disastrous Tata Mundra coal-fired power plant in Gujarat, India; in fact, allowing communities to seek redress for the harms they’ve suffered as a result of the project is critical to ensuring the IFC fulfills its institutional goals of fighting poverty and promoting sustainable development while doing “no harm” to local people or the environment.

In April, fishing communities and farmers represented by ERI filed suit against the IFC in U.S. federal court for the destruction of their livelihoods, property, and threats to their health from the Tata Mundra plant, which the IFC had provided integral funding for, despite recognizing the substantial risks to nearby communities. In July, the IFC asked the court to throw out the case, arguing that it is totally immune from suit.

Courts have recognized, however, that the IFC is not immune where allowing suit would further the IFC’s long-term organizational interests and aid its mission. Our response shows that IFC accountability in this case does just that: when the IFC violates its own environmental and social standards, permitting the very people the IFC was established to help to vindicate rights that the IFC’s standards are supposed to protect furthers the IFC’s mission.

In support of its immunity argument, the IFC argued that communities don’t need a court to hear their case because the IFC’s own internal grievance mechanism – the Compliance Advisor/Ombudsman (CAO) – “already provides Plaintiffs with an alternative means of recourse.” But our clients’ experience proves otherwise. The Tata Mundra communities already went through the CAO process – in fact the CAO largely agreed with them, finding that the IFC had failed to comply with its own environmental and social standards. But the IFC ignored those findings and has taken no remedial action.

The experience of other communities around the world confirms that project-affected communities cannot rely on the CAO to provide meaningful remedies when they have been injured by harmful IFC projects. Experts from Accountability Counsel, SOMO, and Crude Accountability, among others, filed declarations in support of ERI’s brief, which described their experiences working with other communities who have sought redress through the CAO process. In a case concerning IFC investments in Honduran palm oil companies, for example, although the CAO had found that the IFC failed to comply with its own standards, the CAO process “provided no avenue for redress” and to date, the IFC has “undertaken no measures aimed at insuring reparations” for any of the affected individuals.

Another expert wrote that the CAO process had failed to produce any results at all for a project-affected community in Peru, and concluded that “[w]ithout accountability … the IFC not only failed to alleviate poverty, but caused the Communities increased marginalization and ongoing suffering.” And after multiple attempts to utilize the CAO process, community representatives in Kazakhstan “were convinced that working with the CAO was not in the interest of the community and that it did not have an intent to hear the community’s concerns, which were repeatedly ignored.”

Many of the experts highlighted the institutional limits of the CAO – in particular, its inability to compel the IFC to take any action in response to its findings. Discussing her experience with a project-affected community in Nicaragua, one expert wrote that although the local communities were the people the IFC’s investments were supposed to benefit, “the IFC has done nothing for them” and “[d]espite the CAO’s best efforts to persuade IFC to meet its responsibilities … it was unable to do so.”

By asserting that victims may only complain to the CAO, a mechanism which the IFC can choose to ignore, the IFC is essentially saying it will account for community concerns only if it feels like it. Such hubris is at odds with the IFC’s institutional mission, and only the threat of judicial enforcement can ensure the IFC takes its obligations seriously. 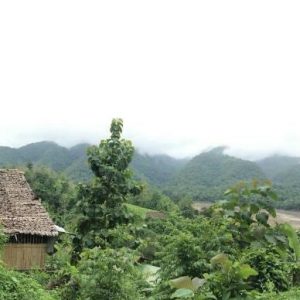 They are human beings. They should have freedom to enjoy their lives. 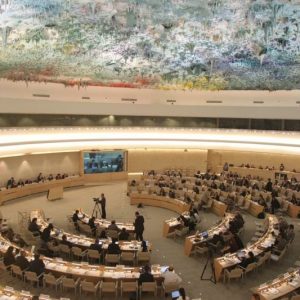