I am a River

I am a river. My source is in the Tibetan Tanggula Mountains. Tibetans call me Naqu River. When I enter the Yunnan Province, many indigenous people in this region are from the Nu ethnic group. They call me A nu ri mei which means the river of Nu.  Then, in China my name is Nu Jiang, the Nu River. This name also means “angry river” in Chinese.

My name becomes Salween when I come to Myanmar (Burma). There is a section downstream, where my right side is Burma, and my left side is Thailand. I don’t care about the names of different places: China, Burma, Thailand. In fact, this always confuses me. Aren’t they all my children? Why are they divided?

I know that conflict never stops. Forty years ago, because of the military regime, many Karen people were persecuted in Burma. They crossed over me to take refuge in Thailand. The Thai government didn’t welcome them. They couldn’t get citizenship for a long time. The Karen refugees had to move to the mountains to avoid the government. In 1992, they built a village alongside me. I can see their leaf roofs. The leaves are not strong enough. Maybe it’s because they have to move their homes so much, they don’t need strong roofs. Many people had no Thai ID-cards and no right to go to school or hospital.

I want to share some good things. Where I meet the Moei River, there is a beautiful village called Sop Moei. The villagers also are Karen. The Karen live mainly in the East of Burma and the North of Thailand. They have 11 different branches, and more than 6 million people, with 400 thousand living in Thailand. In this village, the Karen are indigenous people and have lived here for hundreds of years.

Some people build their houses in the river. They use a lot of bamboo so that the houses can float. They live here for fishing and use little boats for transportation. Other people live along my side, so I can see their yards with flowers and coconut trees. The butterflies dance around the flowers, and the birds sing in the trees. People build their stilted homes with bamboo and wood. They use palm for the roof. It’s stronger than leaves. Maybe their lives are stronger than those of the refugees too. When the rainy season ends, people plant vegetables along the river bed. It looks like a dress for me.

I know that beauty does not last forever. Some people decided to build many dams over my body. Humans think it will give them green electricity and make it hard for me to get “angry”–because I always flood in some places when the basins have too much rain. I don’t like this. This dams will kill a lot of fish, and the downstream will lack water during the long dry season. Humans want to control everything. They don’t care about me; they don’t even care about each other. I’m more fragile than other rivers. Dams will trigger landslides and earthquakes. The dams will flood more land than I do, and the beautiful Sop Moei village is one of them. People will lose their land, and sometimes their life. It is shocking that humans can behave with such cruelty towards others. 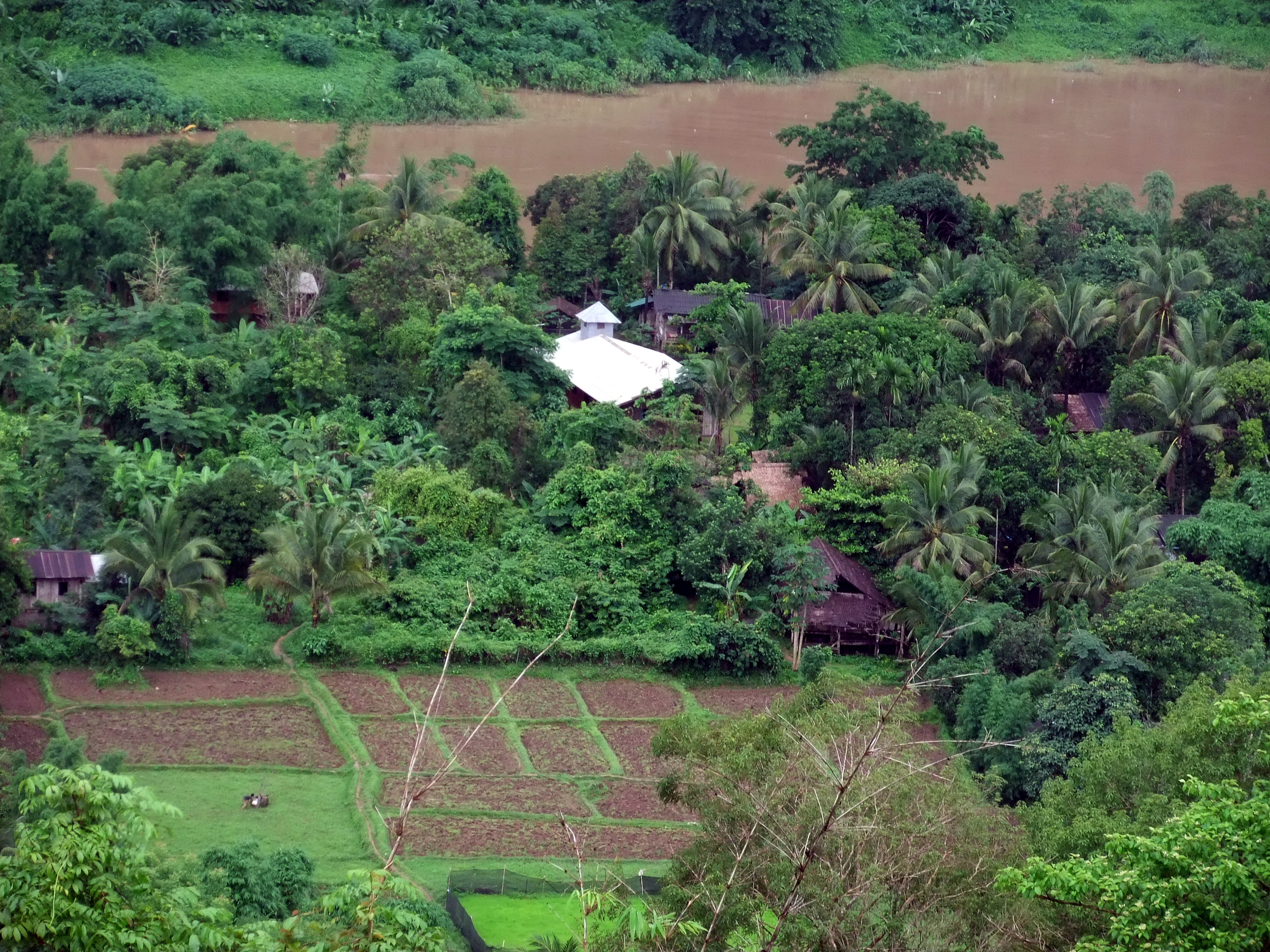 Humans are so stupid and selfish, they don’t know that greed can kill them. I’m very happy that some people want to stop the dams, for me, and also for themselves. They help each other and fight for their rights without violence. I hope something will change in the future.

I’m a river. I have flowed for millions of years, and will continue to flow. Without me, humans will die out, but without humans, I will still exist. I don’t want to ask you to protect me; just think about yourselves.