It has been ten years since the 2009 coup d’état in Honduras, when members of the military and business elite overthrew a democratically elected president. Ever since, the Honduran regime—still in power thanks to a fraudulent elections—has given free rein to the business elite to pursue their interests with violence, especially in the Bajo Aguán region where agribusiness companies are actively seizing land from subsistence farmers. Now the situation is poised to become even worse.

Since the coup, over 140 subsistence farmers–known as campesinos– have been murdered in conflicts over land ownership in the Bajo Aguán region. With many of these murders, there are credible allegations of direct and indirect involvement of the Honduran armed forces, as well as allegations of involvement of paramilitary organizations supported and trained by the Honduran armed forces.

The U.S. and other governments should see this as a red flag—the military is now in charge of a domestic industry that is already one of the deadliest in Honduras. 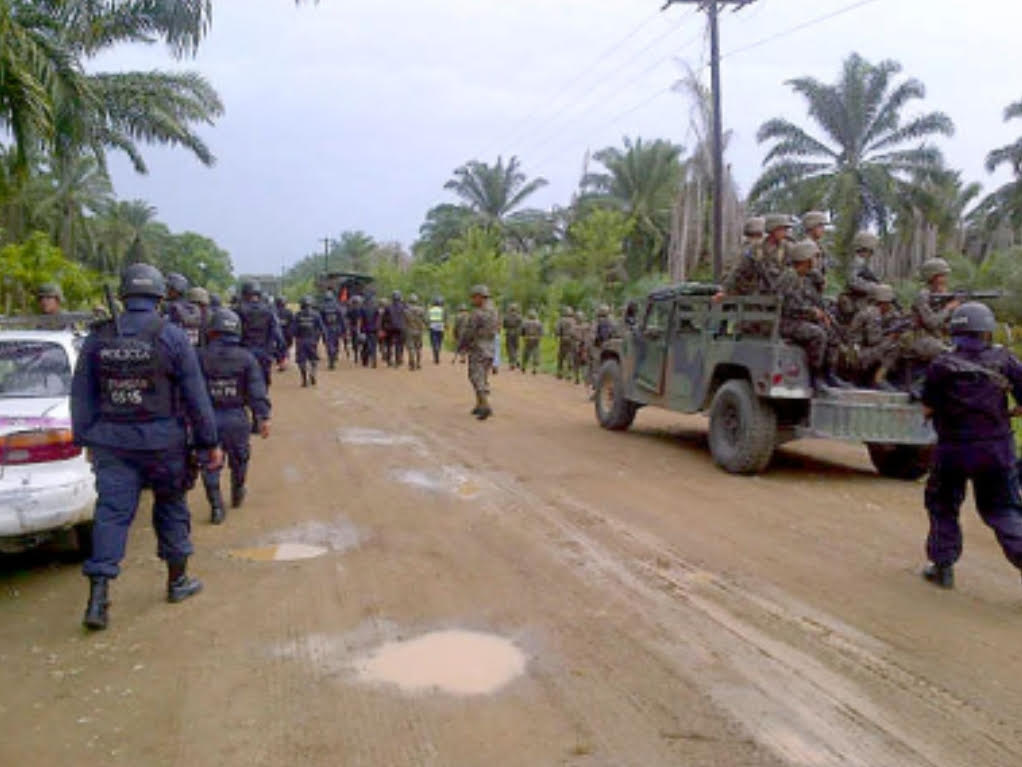 The Honduran Agricultural Development Program, colloquially referred to as the PDAH for its name in Spanish (Programa de Desarrollo Agícola de Honduras), was published on October 18th via Executive Decree PCM 052-2019. It creates a new ‘Department of Agricultural Development’, known as C-10, under the direction of the Joint Chiefs of Staff. The decree allots a massive 4 billion Honduran lempiras—worth approximately $160 million USD—to the program.  The Secretary of Defense received its first payout of approximately $500,000 USD on November 20.

The PDAH’s stated objectives are:

“To increase agricultural productivity and profitability, by means of investment in productive assets, as well as the establishment of an entrepreneurial mindset, developing knowledge, capacities, attitudes, and abilities as an essential element for the generation of wealth and wellbeing for the producers.”

There is no doubt that rural farming communities would benefit from access to funds, capacity-building, and training. But,these objectives suit civilian government agencies, not the military. The decree itself recognizes numerous Honduran civilian government agencies suitable for the job. These agencies, like the Honduran Institute of Agriculture and the Honduran Secretary of Agriculture, have the expertise, faculties, and legal authority necessary to craft and execute agricultural policy. Nevertheless, instead of housing the program—and the $160 million USD it brings with it—under one of those agencies, the decree houses it under the Secretary of Defense.

There is no justifiable reason why the Secretary of Defense should oversee the PDAH and the massive influx of funding the program generates. Housing the PDAH in the Secretary of Defense serves only to intimidate campesino farmers; to further weaken and sideline the Agrarian Institute; and whitewash continued violence by paramilitary groups supported by the Honduran military.

Increased involvement of Honduran security forces  in the country’s agricultural policy is nothing short of ominous, especially given the Honduran military’s disastrous record of human rights abuses against subsistence farming communities in rural agricultural areas like the Bajo Aguán Valley.

Over the past 10 years, campesinos in the Bajo Aguán have reported ongoing, widespread, and varied human rights violations, including: murder; enforced disappearances; assault; physical, sexual, and psychological torture; forceful and violent evictions; sexual violence; destruction of campesino property; criminalization; stigmatization and defamation; forced displacement; surveillance; and threats to movement leaders’ families. In 2014, the Inter-American Commission on Human Rights(IACHR) granted precautionary measures for members of the campesino movements in the Bajo Aguán. Members of the 15th Battalion of the Honduran Armed Forces are accused of participating in many of these violations, and of working in conjunction with other violent actors including private security guards and paramilitary networks.

Our complaint in the ongoing case Juana Doe et. al. v. IFC-AMC et. al. details a wide number of violations committed by the Honduran military working on behalf of Honduran palm oil company Corporación Dinant. The Xatruch task force, a Special Forces section of the Honduran military that operates in the Bajo Aguán, even entered into a contract with Dinant to work on the company’s behalf (for more about the phenomenon of public security forces entering into contracts with private entities, see our recent report on Peru).

Today, credible allegations of human rights violations carried out against campesino movements by the Honduran armed forces continue to pour in. 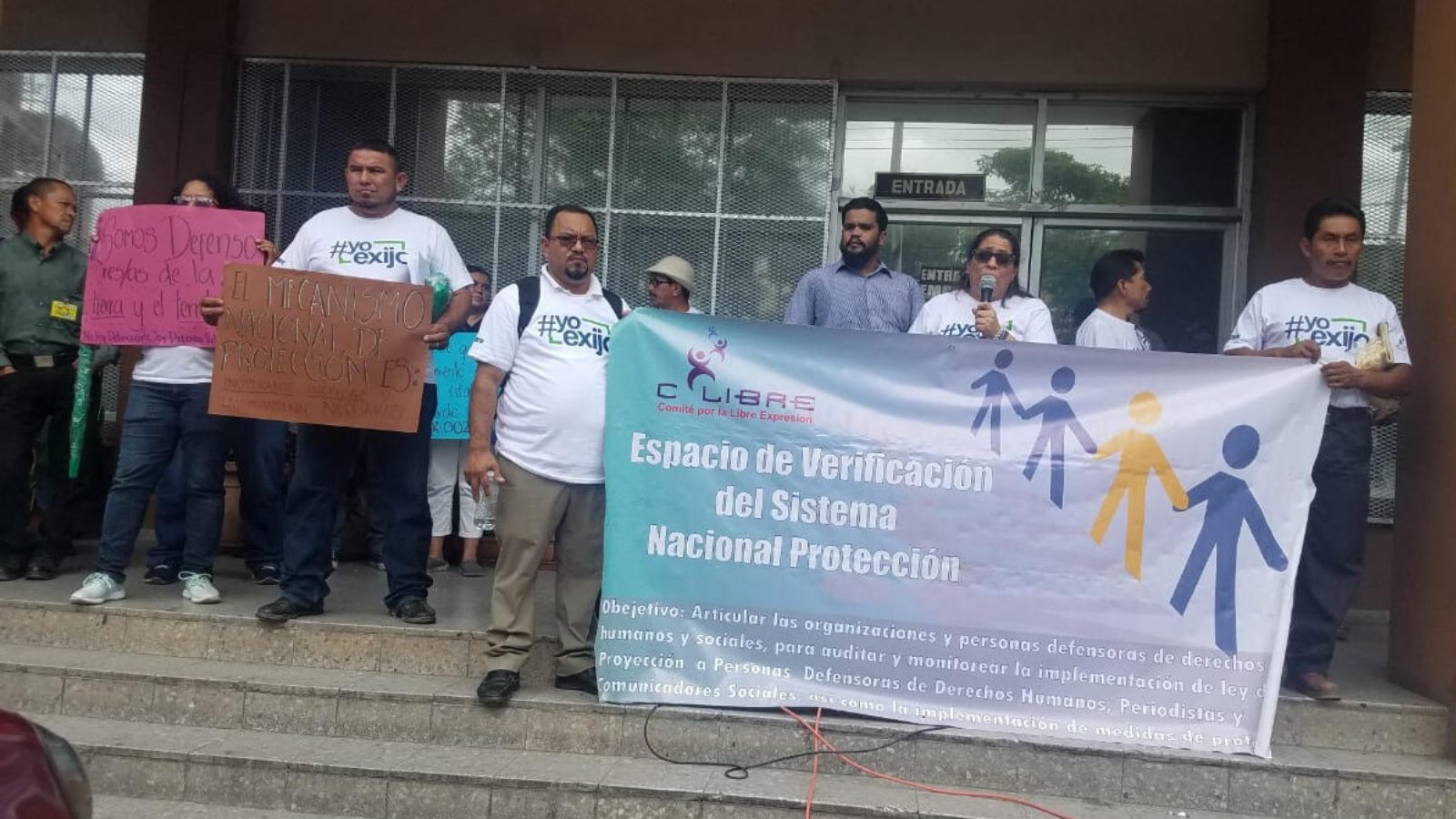 This week, in connection with International Human Rights Day, Honduran Civil Society Organizations protested the PDAH. The Plataforma Agraria Regional del Valle del Aguán, an umbrella organization that coordinates the grassroots campesino movements in the Aguán valley, has denounced the PDAH as violating the Honduran Constitution and the Agricultural Reform law. They express particular concern that the decree does not even mention a role for the National Agrarian Institute, the core institution charged with implementing the agrarian reform. The Plataforma Agraria is asking for the decree to be repealed, and for the $160 million USD assigned to the PDAH to instead be given to the National Agrarian Institute, the National Bank for Agricultural Development, and the Secretary of Agriculture, institutions better equipped to plan, manage, and execute agricultural policy.

We’re Calling On The International Community

Today, we joined other human rights organizations in urging the World Bank to ensure that its funding should not go to supporting the PDAH.

We also emphatically urge the U.S. government not to provide funding or any other form of support towards this militarization of agricultural policy in Honduras.

Since the military coup in 2009–which was blessed by the Obama administration--the U.S. government has given Honduras over $119 million in security aid. The Trump administration has continued to give aid to and legitimize the Juan Orlando Hernández, including by blessing the 2017 election even after monitors from the Organization of American States denounced irregularities and called for new elections.

Ongoing human rights violations by the Honduran military have drawn scrutiny and have inspired the Berta Cáceres Human Rights Bill. Currently  in the House, the bill would “suspend United States security assistance with Honduras until such a time as human rights violations by Honduran security forces cease and their perpetrators are brought to justice.” The draft of the 2020 National Defense Authorization Act also calls for a review of the Honduran military’s human rights record. The launch of the PDAH makes it even more critical that the U.S. government closely examines any and all aid it sends to Honduras. U.S. taxpayer money should not go towards the militarization of agriculture in Honduras.

Kelsey Jost-Creegan is a staff attorney at EarthRights International, where she works on civil litigation in U.S. courts for corporate and International Financial Institution accountability. Her work focuses on agribusiness, paramilitarism, and earth rights defenders in Latin America, particularly Colombia and Honduras.