Wherever there’s a high-profile abuse of power there is almost always a “Strategic Lawsuit Against Public Participation” (SLAPP). SLAPPs are a bullying tactic used to intimidate those who speak out in the public interest with burdensome, expensive, and emotionally draining battles in the courtroom.

As #MeToo stories have gone viral across the globe  in the last year, we hear more and more about the efforts of men to silence the women who stand up to speak truth to power. No one, it seems, is exempt from sexual violence and harassment, especially in the workplace.

The power imbalance between survivors and alleged assailants is especially apparent in the revelations involving high profile men in Hollywood.

In February 2018, for example, a federal judge in Hawaii declined to dismiss a defamation lawsuit by film producer Brett Ratner against Melanie Kohler, one of several women who has accused him of sexual assault. Ms. Kohler posted allegations of sexual assault on Facebook, but removed the post within hours after receiving a threat from Mr. Ratner’s lawyer. After other allegations against Mr. Ratner arose, he chose to sue only Ms. Kohler, arguing that Ms. Kohler’s accusations had damaged his reputation and hurt him financially.

In her analysis of the case, Professor Leah Litman noted, “Kohler also happens to be comparatively less famous, and comparatively less well to do than the other women who accused Ratner.” Trial is now scheduled for March 2019, although it is possible that California’s anti-SLAPP law will still apply. The case helped to catalyze the creation of Time’s Up, a legal defense fund for women.

Harvey Weinstein? Legal intimidation has been blamed for the years of silence that preceded the most recent scandal.

Oh, one more thing. The Fox News commentator Eric Bolling filed a particularly egregious SLAPP when he sued a HuffPo journalist for at least $50m for exposing his own sexual misconduct. Bolling is represented by Michael Bowe from the same law firm as Marc Kasowitz, who was President Donald Trump’s personal attorney until last year.

Kasowitz is also the law firm behind a number of SLAPPs targeting Greenpeace and other civil society organizations, while accusing them of racketeering.  EarthRights International defended one of these organizations, BankTrack, in a SLAPP lawsuit that was recently dismissed. We have also assisted Greenpeace in its ongoing legal defense.

What is clear is this: SLAPPs are a costly distraction for people and organizations who speak out about the wrongdoing of some individuals and corporations. It is a pervasive problem that affects all of us acting in the public interest, ranging from the activists of the #MeToo movement to environmental organizations to journalists who hold the powerful to account.

SLAPPs are not a new phenomenon. For decades, some of these wrongdoers have filed shameless lawsuits they know they can’t win but which they hope will intimidate advocates and journalists into silence. But the pervasiveness of SLAPPs is part of a growing global trend. This risk is rising worldwide alongside activists being jailed, anti-protest laws being passed, and free press being attacked.

At EarthRights International, we plan to ensure that the courts are a place for true justice, not for bullying and intimidation tactics. We have joined together with other civil society and media organizations that have long dealt with this threat, combining our expertise and power to protect the pillars of democracy in a new public campaign.

We will stand together as one to expose courtroom bullying, defeat and stop SLAPP suits, and protect everyone’s right to speak truth to power. 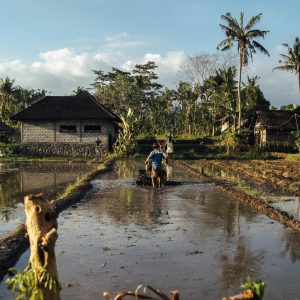 A Dam Bursts in Laos, Will Anyone Care? 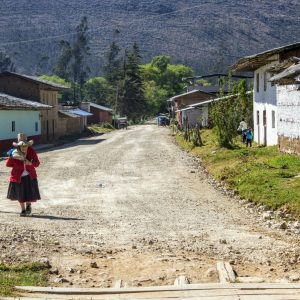