A well-reviewed D.C. comics movie is ruling the box office, the Washington Nationals are atop the NL East standings, and the U.S. Supreme Court is considering whether corporations can be sued for violating international law.

Back in 2010, two judges on the Second Circuit Court of Appeals shocked the international human rights community when they ruled that corporations could not be sued for violations of international law under the U.S. Alien Tort Statute (ATS). That ruling, in Kiobel v. Royal Dutch Petroleum (Shell) – known as Kiobel I – was widely regarded as wrong, and several other federal courts of appeals eventually rejected it. The case made its way to the Supreme Court, but the justices ultimately decided the case on a different basis – they ruled that ATS cases can only proceed where they “touch and concern” the United States (this ruling is known as Kiobel II).

Now the issue is back again. In a case called Jesner v. Arab Bank, the Supreme Court will again consider whether corporations can be sued for serious violations of international law.

American victims of these attacks already won a jury trial against Arab Bank, in which the bank was found liable for violating the U.S. Anti-Terrorism Act. But foreign victims need to proceed under the ATS instead, and their claims were dismissed. The trial court applied the original Kiobel I ruling that said that corporations cannot be sued under the ATS.

A three-judge panel of the Second Circuit affirmed this dismissal, but recognized that Kiobel I had been widely criticized: “on the issue of corporate liability under the ATS, Kiobel I now appears to swim alone against the tide”; there is a “growing consensus . . . that the ATS allows for corporate liability.” Despite the fact that Supreme Court’s decision in Kiobel II seemed to assume that corporations could be sued, and “cast a shadow on Kiobel I,” the panel decided that it still needed to apply the earlier decision and find that corporations could not be sued.

Ultimately, the panel said: “We will leave it to . . . Supreme Court review to overrule Kiobel I if, indeed, it is no longer viable.” And now the Supreme Court has agreed to hear the case.

Yesterday, ERI filed an amicus brief in the case, arguing that of course corporations can be sued. This is similar to the brief we filed five years ago in the original Kiobel case; we make the point that corporate liability is a bedrock principle of American law, and should be applied in ATS cases as well.

We’ll be watching this case closely as it develops; it’s likely to be argued sometime this fall. We hope the Supreme Court will finally correct the Second Circuit’s mistake in Kiobel I. There is simply no sense in a rule of corporate immunity for terrorism, genocide and torture – the most powerful economic actors in the world should not be given free reign to finance and profit from the worst abuses.

So, in honor of the Jesner case, we’re re-releasing one of our biggest hits of 2012: Pirates Incorporated! During the original Supreme Court hearing in the Kiobel case, Justice Breyer poked fun at the notion that 18th century pirates could have avoided international prosecution simply by forming a corporation:

The idea is just as absurd now as it was five years ago. So let’s hope that the result this time is not a repeat of 2012, and the Supreme Court finally decides that pirates, terrorists, and torturers can’t escape liability simply by operating through a corporation. 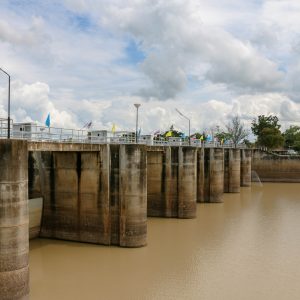 Is Hydropower Really That Green?