Forging Connections Along the Mekong

Every so often, we can be lucky enough to be in a room where the energy and dynamism is so profound that it seems tangible. For two weeks in December, EarthRights International’s Mekong legal team was fortunate to wake up every morning and set up one of those rooms, as hosts to the annual Mekong Legal Advocacy Institute (MLAI). We welcomed fifteen young lawyers and campaigners from the six Mekong countries – Cambodia, China, Lao PDR, Myanmar, Thailand, and Vietnam – to Chiang Mai, Thailand. Over the course of MLAI, the participants immersed themselves in intensive trainings on international, regional, and domestic legal systems and campaigning goals, tactics and strategies to promote and protect earth rights justice. While the MLAI curriculum is carefully designed, nothing on a PowerPoint slide or in a classroom worksheet can replicate the learning experience of bringing together these participants.

For the MLAI trainees, the act of going into work is a courageous one. They are young men and women who have worked tirelessly to promote their personal and political passion: protecting human rights and environmental justice in their home countries. They have pursued this work in politically closed societies, where dissent is sometimes portrayed as sedition and protest as incitement. They have pursued the type of work that has landed their fellow citizens in jail and has sometimes even led to enforced disappearances. For some, their work includes an acknowledged risk to their safety. For others, the risks are less recognizable, but are no less real: they face scorn and ridicule while being accused of opposing development and national advancement.

Over the course of MLAI, the participants shared their experiences – good and bad – and counseled one another on how to best affect the change they wish to see in the Mekong region. A Burmese lawyer presented on litigation about compensation for land grabs as other trainees shared their experiences about harnessing social media support for such efforts. A Lao campaigner described the difficulty in getting a proper Environmental Impact Assessment for a planned development project and sat with a Vietnamese environmental scientist to assess the available data. In more informal settings, participants swapped their stories and obstacles, their hopes and concerns. These discussions form the core of MLAI’s purpose as a space designed for participants to learn and gain insight from one another, with the planned curriculum helping to contextualize, rather than direct, this theme.

A memorable moment during MLAI occurred when participants met with members of the Mekong Legal Network (MLN) and EarthRights School Mekong students. The MLN is a professional network, supported by ERI, of independent legal professionals and civil society leaders from each of the Mekong countries who are committed to ending earth rights abuses. Each of the MLN members is an experienced advocate, and has built a career and life around fighting for human rights and environmental justice. 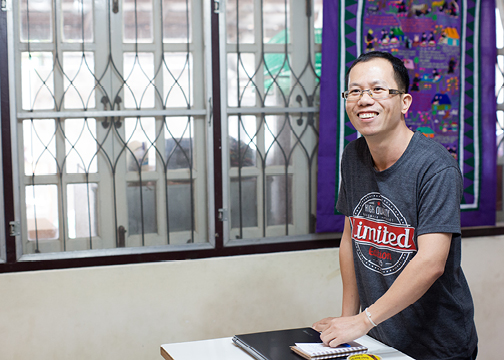 The EarthRights Mekong School (ERSMK) is a seven-month program for community organizers and campaigners working on earth rights abuses caused by development projects in the six Mekong countries.  By the start of MLAI, ERSMK students had already completed their field research and strategic plans, and were able to present this work to the MLAI participants.

MLN members from Myanmar, Lao, Thailand, and Vietnam were able to share their experiences and knowledge to help shape the strategic plans of the ERSMK students and MLAI trainees. MLN members presented detailed discussions of their work and also gave advice on how to navigate a life as an earth rights campaigner in political spaces that often endanger activists.

The MLAI-ERSMK-MLN exchange was a demonstrable triumph. Throughout MLAI, participants were able to engage in peer-to-peer exchanges with fellow early-career campaigners from neighboring countries. By pairing MLAI with an MLN meeting and ERSMK workshop, MLAI participants and their ERSMK peers were also able to learn from professionals with whom they share aspirations.

An MLAI participant from Vietnam reflected on his experiences:

“With me, MLAI is regarded as a set of bridges that bring friends across all Mekong region to come together, live together and join together in memorable activities as well as meaningful lessons and in such bridges, one of my most favourite one is Mekong school/MLN member exchange. Not only we could see how enthusiastic and potential the students/members are but also we learned a lot from each other how to create an effective and comprehensive campaign in Vietnam. The ice-breaking game in the backyard, the soccer match in the stadium and bonding meals with self-dish cleaning procedure (both privately and publicly) will tighten our first step of connection and further, the cooperation of the people having the same perception toward Mekong and the community.” 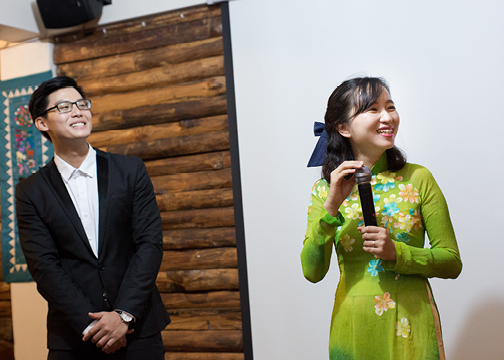 From an outsider’s perspective, the exchange was marked by excitement and openness, and was a reminder of the inspiration that advocates can instill in one another. In a political space that far too often alienates or ostracizes earth rights campaigners, one of ERI’s most important tasks is to help remind those campaigners that their localized efforts are part of a broader transboundary movement with collective values, common goals, and shared passion.