Fighting Intensifies around Oil and Gas Pipelines Construction in Burma

Many civilians have fled the area since the Burma Army began its offensive back in March 2011. Some have fled to neighboring towns, others to the Burma-China border, and some others to Burma-Thailand border. Many villagers remain in hiding in the jungle in the area.

On August 11, 2011, a press release issued by the Shan Women’s Action Network (SWAN) and the Shan Human Rights Foundation (SHRF) claimed that villagers fleeing Burma Army atrocities have soared to over 30,000 during recent intensified attacks against the Shan State Army North (SSA-N), causing a dire humanitarian crisis in northern Shan State. The report indicates that over 4,000 Burmese troops from 42 battalions were deployed during July to seize the SSA-N headquarters of Wan Hai in Ke See Township, backed up by jet fighter planes. Advancing through surrounding villages, troops have been scaling up atrocities against civilians, including killings, rapes and mutilations. One dead villager was found with his leg and hand cut off.

Northern Shan State, where the proposed oil and gas pipelines will pass through, is partly under control of both the KIA 4th Brigade and SSA-N. Both the KIA and SSA-N had a ceasefire with Burmese regime, but this agreement disappeared after the Burmese regime attempted to force ceasefire groups to join so-called Border Guard Forces (BGF). After the KIA and SSA-N brigades 3 and 5 refused to become BGFs, tension began to increase, leading to this recent open conflict.

But why is the Burma army attacking the KIA and SSA-N now? Why are they so determined to control this territory? While many forces are at play, one critical factor is several proposed and on-going mega energy projects being developed in both Kachin State and northern Shan State, including the controversial Myitsone Dam on the Irrawaddy river, several small dams in northern Shan State including the exiting Shweli 1 and 2 dams, as well as the trans-national oil and gas pipelines from Burma to China. (See map of constructed and proposed Irrawaddy dams at right, courtesy of Burma Rivers Network)

While fighting continues amid the rapidly deteriorating security situation, the Chinese and Korean corporations operating and profiting from Burma’s natural resources have remained silent. This inaction despite their positions of influence with the Burmese military and government (the companies have contracts with Burmese state-owned companies and ministries that require state security protection for their projects, as well as billions in payments) is only worsening the already terrible situation for the people of Kachin and northern Shan State.

Above map courtesy of SWAN and SHRF

Don’t Discount Delaware: Can the First State be a Forum for Transnational Corporate Liability Cases? 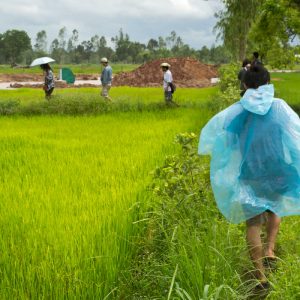