Last week, the Fourth Circuit Court of Appeals issued a landmark decision in Al-Shimari v CACI et al., reviving the case against the U.S. private contractor company accused of torturing Iraqi detainees at Abu Ghraib prison. The decision is precedent setting in a number of ways, but for EarthRights International’s (ERI’s) cases, the most significant aspect is the Fourth Circuit’s interpretation of Kiobel v Royal Dutch Petroleum (Shell) and what it means for future Alien Tort Statute (ATS) claims. In holding that the Iraqi plaintiffs’ ATS claims were not barred by the Supreme Court’s decision in Kiobel, the Fourth Circuit recognized the significant U.S. interest in preventing the U.S. from becoming a “safe harbor” for torturers and other “common enem[ies] of mankind” and ensuring that U.S. citizens – corporations and individuals alike – are held to account for violations of international law.

To recap, in its April 2013 Kiobel decision, the Supreme Court ruled that the ATS is presumed not to apply in cases where conduct occurred outside the U.S. unless the claims “touch and concern” the United States with sufficient force.  Since Kiobel, we’ve seen some courts treat the decision as a categorical bar against all ATS claims based on conduct that occurred abroad, regardless of whether there were other connections to the U.S. – such as where the defendant is a U.S. citizen. As I’ve previously explained, that’s what the district court did in dismissing the Al-Shimari case.

On appeal, however, the Fourth Circuit expressly rejected the district court’s interpretation of Kiobel, holding that cases where conduct occurred abroad are not categorically barred. Only Justices Alito and Thomas, writing separately to concur in the Kiobel decision, had embraced a standard that would allow ATS claims to proceed only where the domestic conduct of the defendant constituted a violation of international law. The Fourth Circuit, however, ruled that ATS claims may proceed when there is a close connection to the U.S. Noting that the majority opinion had “broadly stated” that the claims, rather than the alleged tortious conduct, must “touch and concern” the U.S., the Fourth Circuit reasoned that “courts must consider all the facts that give rise to ATS claims, including the parties’ identities and their relationship to the causes of action” rather than just where the tortious conduct occurred.

The “touch and concern” test was satisfied in the Al-Shimari case based on a couple of key factors. First, in this case, unlike Kiobel, the defendant was a United States corporation. As a result, the court found that the case didn’t present any of the potential problems associated with bringing foreign nationals into U.S. courts based on conduct abroad. Second, the political branches’ intent to hold U.S. citizens accountable for acts of torture meant the claims would not require “unwarranted judicial interference into the conduct of foreign policy.” Third, the plaintiffs’ claims reflected “extensive relevant conduct in the United States territory,” even though the harms constituting violations of international law occurred abroad. The company had a contract with the U.S. government to perform interrogation services in Iraq, and CACI’s managers in the United States allegedly gave approval to the acts of torture committed by its employees at Abu Ghraib, attempted to “cover up” the misconduct, and “implicitly, if not expressly encouraged” it, even if they did not directly participate in it.

The Fourth Circuit’s analysis and application of Kiobel provides much needed guidance to other courts dealing with ATS claims. The decision confirms that U.S. corporations can be held liable in U.S. courts for human rights abuses they commit overseas and will likely influence a number of pending ATS cases.

The decision provides particularly strong support for ERI’s case against Chiquita, which involves ATS claims based on the multi-national produce company’s financing of paramilitary death squads in Colombia. Like CACI, Chiquita is a U.S. corporation, its executives and top managers acted in the United States to implement and cover up the misconduct, and providing support to U.S.-listed terrorist organizations is a federal crime. If anything, the case against Chiquita may be stronger, since the United States has already successfully prosecuted Chiquita; the company pled guilty to supporting terrorism and paid a $25 million fine. The Eleventh Circuit Court of Appeals is currently considering the effect of Kiobel on the ATS claims against Chiquita. Although not binding, the Fourth Circuit’s Al-Shimari decision could prove influential as it is one of the only other Circuit decisions to analyze Kiobel.

The Al-Shimari case will now return to the district court. Although other hurdles remain in the case against CACI, this week’s holding is a significant victory for the Iraqi victims as well as many other victims of abuse who are currently pursuing similar claims in U.S. courts. 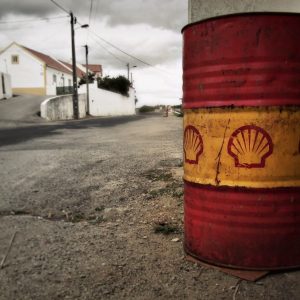 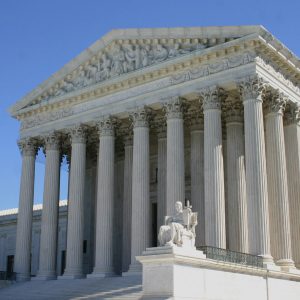