In November 2010, Rick and I blogged about the Oklahoma constitutional amendment that would ban state courts from considering foreign law, especially Sharia (Islamic law), as well as international law. As Rick noted at the time, the amendment was very likely unconstitutional.

This week, the U.S. Court of Appeals for the Tenth Circuit, which has jurisdiction over Oklahoma and is generally a fairly conservative court, confirmed that the amendment is unconstitutional. The court’s opinion determined that the plaintiff, a Muslim (and U.S. citizen) living in Oklahoma, was stigmatized by the amendment, and that it therefore violated the Constitution’s prohibition on religious discrimination.

Interestingly, the court’s decision strikes down the amendment, but does not address anything beyond the Sharia ban. The Tenth Circuit didn’t consider whether it was permissible to prohibit state courts from considering foreign law generally, or from considering international law.

That means this issue will probably come up again. Similar laws are being considered all over the country, and smart legislators will probably avoid specifically targeting Islamic law in the future. So another court will need to decide whether a general prohibition on considering foreign law or international law is constitutional; Rick and I think it clearly isn’t. 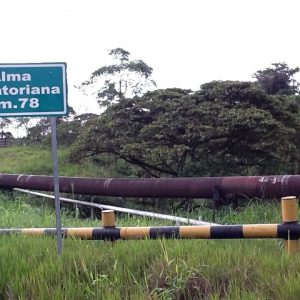 Downstream from Lago Agrio, Ecuador Continues to put Megaprojects before People and their Land