“Six decades of climate deception is six decades too many.  We cannot and will not be threatened into silence.” – Carroll Muffett, President and CEO of the Center for International Environmental Law

You’ve probably seen the headlines: The CEO of Exxon is Donald Trump’s pick for secretary of state. Rick Perry is up for energy secretary. Oklahoma Attorney General Scott Pruitt—who has backed Exxon against claims of climate denialism—is slotted to head the Environmental Protection Agency. And Trump’s transition team recently requested that the Department of Energy provide the names of individuals that have attended global climate talks.

You could be excused, though, for not knowing what is happening on a deeper level—in Congress and through the U.S. court system.

The day after Trump’s election, Exxon subpoenaed over ten environmental organizations and individuals working on climate change, as part of a campaign to burden, intimidate, and chill their First Amendment rights. One of these individuals is our friend and colleague, Carroll Muffett, President and CEO of the nonprofit legal organization, the Center for International Environmental Law (CIEL). Carroll and CIEL have worked tirelessly to illuminate Exxon’s (and the oil industry’s) decades-old knowledge of the impacts of greenhouse gasses on the environment, publishing numerous documents as part of its Smoke and Fumes project. Now, Carroll is being harassed to keep him silent. As lawyers, we are representing him and other threatened climate defenders in their fight.

The thing about the First Amendment is that while it protects the freedom to speak, associate, and petition the government, it does not protect fraudulent behavior. Neither do our other laws. And so in April, the Massachusetts Attorney General issued a civil investigative demand to Exxon to determine if the company committed fraud by hiding its knowledge about climate change from consumers and investors. Exxon retaliated by filing suit all the way across the country in Texas, despite the alleged harms being in Massachusetts. The subpoenas—against Carroll and others—were issued in relation to a judicial order in Exxon’s Texas case, and Exxon has used the order as an excuse to seek largely irrelevant information from people like Carroll in an attempt to harass them, and to gain access to the private thoughts and discussions of climate defenders. Exxon seems intent to infringe upon the First Amendment rights of anyone who challenges it, in an all-out effort to protect its non-existent right to deceive the public.

All of this—the Exxon subpoenas and high-level appointment of Exxon’s allies—comes on the heels of investigations instigated by the Republican majority on the House Committee on Science, Space, and Technology. They issued their own set of subpoenas to state attorneys general, nonprofit organizations, and scientific groups, and cite to two Supreme Court cases from the McCarthy era to justify their authority to do so.

This strategic intimidation and retaliation against those who are investigating the oil giant is the latest example of corporations trying to use the legal system to harass, oppress, and silence environmental activists. This is a transparent effort to drain the resources and open up the files of advocates who are fighting against the systematic fraud and knowing damage to the global climate perpetrated by Exxon and other companies. Courts have seen through these tactics and shut them down in the past, and we expect to see the same result here.

Companies, like Exxon or Chevron before it, are no longer satisfied with evading their liability for human and environmental harms. Of course, they continue their tried and true tactics of denial, cover-ups and fraud; but with the additional goal of silencing their critics, they are counter-attacking, mounting a sophisticated and well-funded campaign to target, sue, surveil, and harass the activists, lawyers, and NGOs that expose their harms. They have powerful allies in Congress and in the media that aid them in their efforts to intimidate, distract and sap the resources of organizations that are already out-resourced in what can only be described as David and Goliath struggles.

From the courts to the highest tiers of our government, Exxon is targeting climate defenders, and EarthRights International will stand by our friends who are facing this harassment. It is important, now more than ever, to affirm that climate change is real. We need to fight effectively against these abusive practices and take urgent steps to ensure that we don’t slide decades back into a dark chapter in our history. 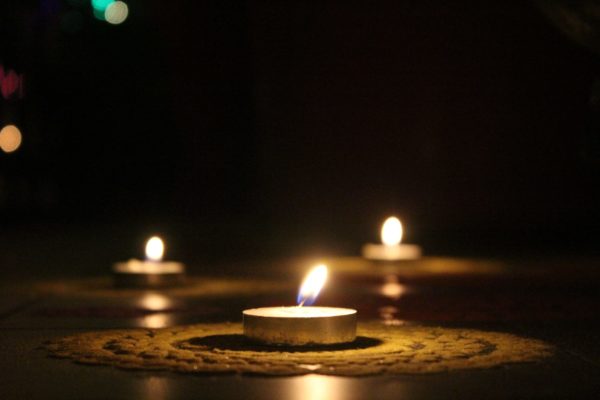 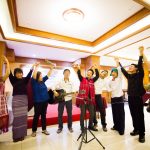 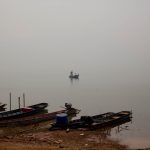 Myanmar: Say ‘No’ to Coal and Big Hydropower