Home   »   Blog   »   Don’t Fall for the Humanization of Inhumane Corporations

Don’t Fall for the Humanization of Inhumane Corporations

During his failed presidential run in 2011, Republican candidate Mitt Romney made a routine stop at the Iowa State Fair. During his speech, he was interrupted by hecklers questioning his tax reform proposal favoring corporations and the rich. Romney famously responded with a chuckle, “Corporations are people, my friend.” His remark was immortalized on Youtube, with videos of the incident garnering hundreds of thousands of views.

Seven years after the clip made its way online, social media has only gotten bigger and more influential. Romney’s tone deaf but seemingly innocuous remark is becoming more accurate than ever. There are now people whose full-time job is manning the social media accounts of corporations. Corporations pretending to be friendly isn’t new. For example, the first cereal mascot, the affable “Tony the Tiger”, is almost 70-years-old. Corporations pretending to be our friends is new. Corporate humanization is anthropomorphizing multi-billion dollar companies by manipulating the public.

Buzzfeed and other listicle websites often glorify these branding tactics, posting to their millions of readers “14 Times Brands Showed their Sassy Side on Twitter”, or “15 of the Most Savage Company Tweets Guaranteed to Make You LOL.” The more this happens, the less amusing it becomes. There is something sinister about people and corporations passing pleasantries. It feels eerily reminiscent of an episode of Black Mirror, the Netflix anthology series depicting the unintended consequences of technology in a not-so-distant dystopian society.

The witty retorts that may seem to be off the cuff are the products of focus groups and social media consultants who charge hundreds of thousands of dollars, carefully keeping in tune with the long predetermined messages of these companies. Corporations don’t exist as beings, yet many have developed their own carefully curated personalities. Wendy’s is snarky, Charmin tells dad jokes, and Chiquita Banana is zany. When IHOP announced they were changing their famous acronym to IHOB, Chiquita didn’t skip a beat and playfully suggested that the new “B” stood for banana. Chiquita is in no place to be making light of anything, pancakes or otherwise. Chiquita officials have admitted that they have been complicit in the torture and murders of innocent Colombians by illegally funding a terrorist group. ERI is currently representing anonymous family members of the victims and starting in October 2019, will proceed to trial against Chiquita and several of its former executives. 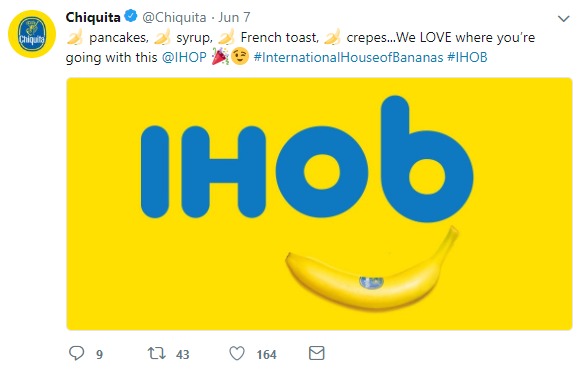 A recently popular tactic for humanizing otherwise indefensible corporations is displaying approval toward left-leaning social causes. As June was Pride Month, several oil companies expressed their support toward the LGBT community. Oil companies like Dow Chemicals, the second largest toxic waste producer in the country. Toxic waste is extremely dangerous, and inordinately affects poor people and minorities. Rainbow heart emoji and all, Dow took to Twitter to brag about their support of the federal Equality Act. Ironically, they also donated one million dollars to the notoriously LGBT unfriendly Donald Trump. They did not tweet this. 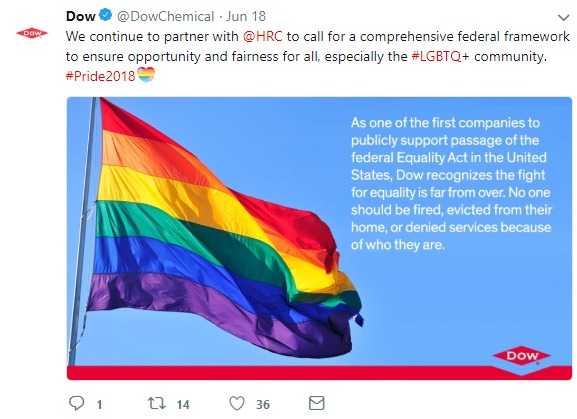 Chevron went a step beyond Dow and posted a video, connecting the brief clip to the “Chevron Way”, which apparently is diversity and inclusion. Meanwhile, ERI filed a Foreign Legal Assistance Action to assist five Nigerian villages in the Ugborodo community in their lawsuit against Chevron Corporation, in which they allege that Chevron is liable for environmental and other damages caused by illegally flaring natural gasses in their community. CEO Mike Wirth is also a Trump supporter. 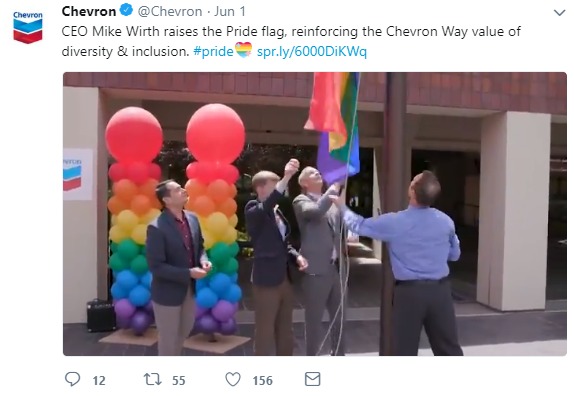 With 67 percent of the public approving of same sex marriage, these corporations are publicly (but not financially) advocating for a position that is not exactly radical. Notice that they are not taking a stance on issues like reproductive rights or immigration, because they are too divisive. Obviously corporations don’t have a mandate to be political, but by picking and choosing issue areas to “support”, they are manipulating their audience into believing that they are progressive. This couldn’t be further from the truth.

As public consumers, we have a responsibility to take into account the consequences of our purchases, no matter how geographically distant they may seem. Although retweets are technically free, they still generate profit nonetheless. We must not play into the calculatingly chummy tactics that are actually the product of corporate deceit and greed. People are people, and corporations are unequivocally just corporations. Believing anything otherwise, is being complicit in their billion dollar atrocities.

COP27: Will the U.S. Lead on Climate and Human Rights?