Defending the Use of State Law to Address Human Rights Abuses

In the past two weeks we at ERI have submitted amicus briefs in three cases before the Ninth Circuit and Fourth Circuit Court of Appeals, weighing in on a legal doctrine known as “foreign affairs preemption.”  While these briefs will likely receive less attention than the two Supreme Court amicus briefs that ERI will be submitting later this week in the Kiobel and Mohamad cases, they raise key arguments with respect to the ability to use state law claims to respond to human rights abuses occurring abroad.

Both federal appeals courts are sitting “en banc” to hear these cases, meaning that unlike an ordinary appeal where only three judges decide the case, many more judges—from eleven in the Ninth Circuit to all fourteen active judges on the Fourth Circuit—will be weighing in to set a single decision for the whole Circuit. The stakes are high.

First a few words on the doctrine.  The foreign affairs preemption doctrine was created in order to protect the federal government’s control over matters of foreign policy.  When it applies, it allows a court to refrain from applying state laws that intrude upon federal prerogatives in the field of foreign policy.  Those state laws are said to be “preempted”—meaning that they are superseded by the federal interest and cannot be applied.  Foreign affairs preemption applies either when there is a “conflict” with a specific federal law, or when the entire “field” is outside of the state’s authority, because the Constitution puts in the hands of the federal government.

Now back to our amicus briefs.  First, we weighed in on the Ninth Circuit case Movsesian v. Victoria Versicherung, A.G.  That case was originally filed under a special provision of the California Code which allows for the filing of lawsuits to collect on insurance policies held by Armenian genocide victims, and extends the time to file such lawsuits.  The defendant insurance company challenged the application of this state law on foreign affairs preemption grounds, arguing that the law affects the foreign policy of the United States and conflicts with the supposed position of the federal government not to recognize the Armenian genocide.  ERI previously filed two amicus briefs in this case, and while the Ninth Circuit formally denied our most recent motion to file an amicus brief, Marissa and I still think the brief is worth a read.  (The judges may also still read the brief even if it is not officially filed.)

The second and third cases for which we submitted an amicus brief are Al-Quraishi v. L-3 Services, Inc. and Al-Shimari v. CACI International, Inc., which are being heard together before the Fourth Circuit Court of Appeals.  Both of these cases deal with claims under state tort law and the Alien Tort Statute (ATS) alleging that the defendant private military-contractor firms tortured and otherwise abused Plaintiffs, who were detained in military prisons in Iraq.  As in Movsesian, these defendants challenged the application of the state laws at issue, arguing that the state laws should be preempted under the doctrine of foreign affairs preemption for their interference with the federal government’s conduct of the war in Iraq. ERI previously filed a brief in Al-Quraishi, before the court decided to hear the case en banc.

Our amicus briefs explained to the appeals courts why foreign affairs preemption does not apply in these cases, and why the court should reject the defendants’ attempts to improperly expand the doctrine. The briefs argue that foreign affairs “field preemption” is reserved for situations in which a state deliberately sets out its own foreign policy, and does not apply where a state addresses a matter of traditional state responsibility—such as regulating the insurance industry (Movsesian), or providing a remedy in tort for abusive conduct (Al-Quraishi and Al Shimari).

The briefs then argue that “conflict preemption” is also inapplicable in these cases, because in order for the doctrine to apply, there must be some federal action with the force of law with which the state law can “conflict.”  In neither case were Defendants able to point to any such act.  With respect to recognizing the Armenian genocide, the Defendants in Movsesian couldn’t show any consistent federal position on recognizing the genocide, let alone a coherent policy that carries the force of law.  And with respect to providing a remedy for torture by private military contractors (Al-Quaraishi and Al Shimari), the available evidence, far from showing a conflict, shows a federal policy that supports the state law at issue.

With two circuits reviewing en banc the issue of foreign affairs preemption, this marks an important opportunity to reaffirm the limits of the doctrine and defend the ability of states to provide a remedy for violations of human rights occurring abroad.  We’ll keep you posted on what the courts decide. 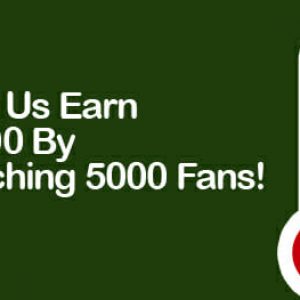 Spread the Word: $1 Will be Donated to EarthRights for Every Facebook Fan We Recruit This Week
Ecuadorean Appeals Court Upholds Huge Judgment Against Chevron for Pollution in the Amazon