This week, seven criminalized Honduran earth rights defenders await an appellate ruling that will determine if their pre-trial detention continues. To uphold the rule of law and guarantee the defenders’ rights, the appellate court should order an end to their arbitrary detention.

Since 2015 citizens of Tocoa, Honduras have organized as the Comité Municipal de Defensa de los Bienes Comunes y Públicos de Tocoa (CMDBCP) to oppose the illegal granting of a concession to an iron ore mining project in the Mountain Botaderos Carlos Escaleras National Park. Their grassroots activism has particularly focused on concerns that the mining project will contaminate the Guapinol, San Pedro, and Ceibita rivers and watersheds, which supply water to tens of thousands of people. The committee’s earth rights defense work has been lauded internationally, including with the 2019 Letelier-Moffitt Human Rights Award. Juan López, a Guapinol water defender, explained in his award acceptance speech:

“The planet Earth has limits, but the extractive economic model does not recognize limits. The North has channeled the land, natural resources and hydroelectric energy of the South into its own storehouses. Our land has been fenced off, given in concession, militarized, and colonized; and our brothers and sisters have been criminalized, jailed, and murdered in the violence produced by this kind of capital accumulation.”

In Honduras, however, their efforts have been met with criminalization and constant threat of violent retaliation. The mining concessions were granted to the Los Pinares mining company, owned by some of the most powerful families in Honduras.

In September 2018, Los Pinares attempted to use its private security guards forcibly evict a protest camp set up by community members. On that day, security guards shot a young man from the community in front of dozens of witnesses. The company alleges that during the course of the eviction, a truck belonging to the security company’s manager and company containers were set on fire. In response to the shooting, the community held the director of the security company until the police arrived.

Following these events, the Public Prosecutor’s Office issued arrest warrants for the community members, but has taken no action to investigate the shooting. When members of the community learned of pending criminal charges against them, they voluntarily presented themselves to the court.

On September 1, 2019, the judge indicted seven community members on charges of arson and arbitrary detention, but dismissed conspiracy charges upon finding there was no evidence that the community grassroots group was involved with criminal activity. Nevertheless, two months later during a four minute closed-door bond hearing, the same judge ordered pre-trial detention based on a finding that if the men were released they could return to the “criminal group” in their community.

The seven men have now been in detention for 6 months. International experts have found that this detention is arbitrary. Lawyers for the defenders have asked the Appeals Court of the Supreme Court of Justice to consider the case and resolve it as soon as possible to put an end to this arbitrary detention.

Criminalization as a tactic employed against earth rights defenders

The persecution of the Guapinol water defenders fits into patterns that we increasingly see used against earth rights defenders all over the world. Earth rights defenders face violent attacks, stigmatization, criminalization, and death for their essential work defending the environment and their communities.

As we explain in our report, Fighting Back: A Global Protection Strategy for Earth Rights Defenders, criminalization of earth rights defenders is intended to “stigmatize, silence, delegitimize, and obstruct them and their work.” Criminalization attempts to silence earth rights defenders by restricting their liberty, and to delegitimize them by labeling them as ‘criminals’, ‘trouble makers,’ and ‘terrorists.’

Criminalization does not just affect the individuals who are charged, prosecuted, and/or detained. It is a strategy that is intended to undermine  entire movements. Criminalization forces movements to reorient defensively and spend their time, money, and expertise fighting for defenders to be released from jail and have charges dropped. Criminalization delays and prevents proactive activities like defending the earth and their communities.

It is not uncommon, as we see in this case, for the criminalization of legal defense activities to occur alongside rampant impunity for crimes against earth rights defenders and community members. As we explain in Fighting Back, “impunity goes hand in hand with criminalization, and criminalization occurs when judicial systems are vulnerable to powerful interests and to corruption.” This is certainly the case in Honduras, where impunity for the murders of earth rights defenders reigns, but the criminal system is regularly weaponized against grassroots movements.

Next week marks the anniversary of the death of Berta Cáceres, an indigenous Lenca earth rights defender who was murdered for her work opposing an illegal dam concession. While the material authors of Berta’s murder have been prosecuted, the intellectual authors—those who financed, orchestrated, and benefited from the crime—continue to enjoy impunity.

In the Bajo Aguán, where Earth Rights represents members of campesino land rights movements in a suit against the International Finance Corporation, over 140 murders of campesino land right defenders remain overwhelmingly un-investigated, unsolved, and unaddressed. These crimes include the 2016 murders of two leaders of the Unified Peasant Movement of the Aguán (MUCA), José Ángel Flores and Silmer Dionisio George, and the 2012 enforced disappearance and murder of Gregorio Chávez, a community leader, pastor, and farmer.

A call for justice

Today, we join others in calling for justice and the immediate release of the criminalized Guapinol defenders. Earth rights defenders must be able to conduct their essential activities in defense of the earth, its resources, and their communities without fear of criminalization and arbitrary detention. 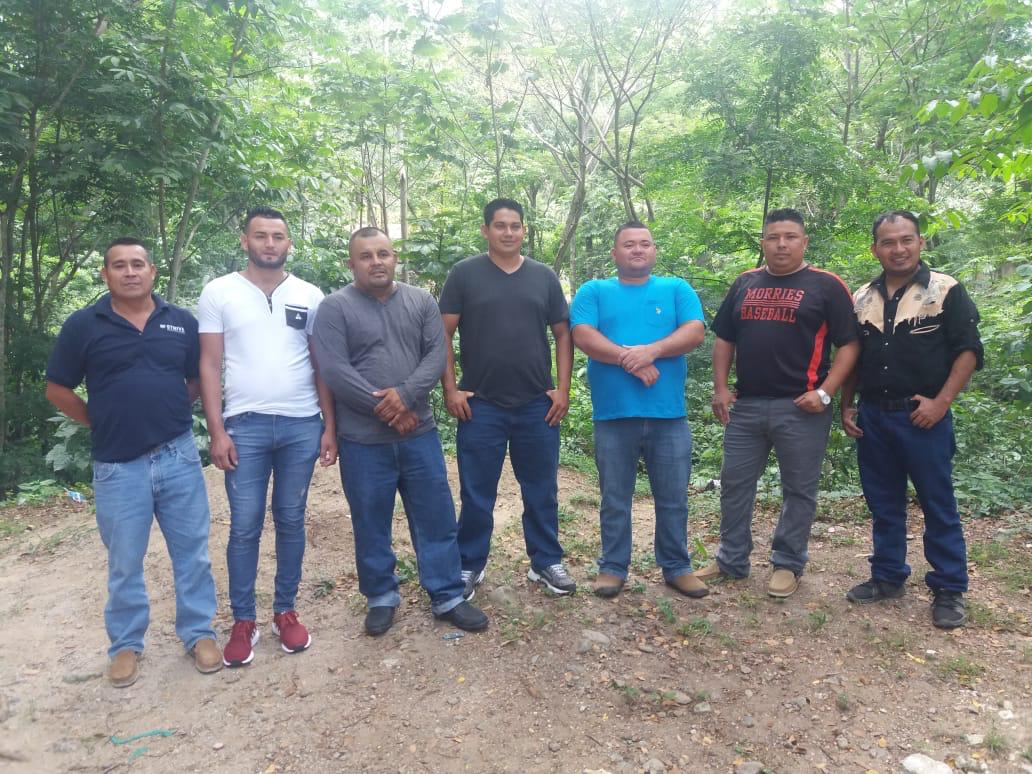